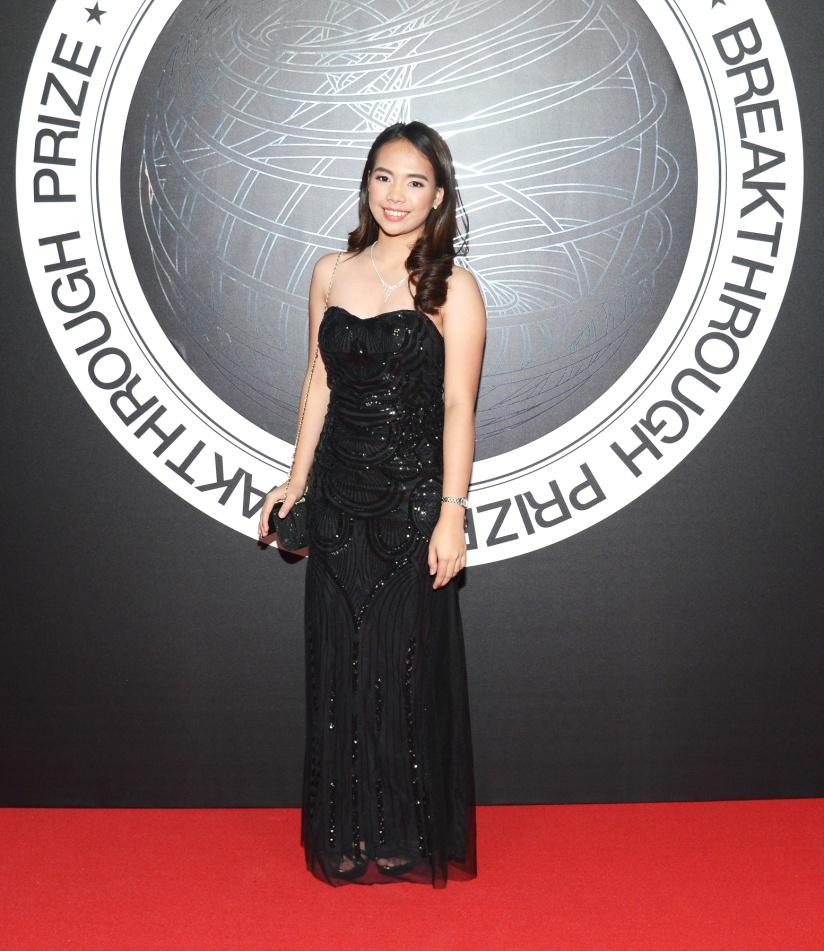 How far is Italy from Philippines? Surely it is not just around the corner. But, seeing that the sky’s the limit, I managed to pose some questions to the winner of the 2017 Breakthrough Junior Challenge, Hillary Diane Andales. Truth be told, even though we have never met each other, Hillary has been very kind and she cordially agreed to answer me. So, let’s get to know this incredible girl and the global competition she won!

The Breakthrough Junior Challenge: a competition to test yourself

This competition  began as an additional award presented at the same ceremony of the Breakthrough Prize. Launched for the first time in 2015 and founded by many influential public figures like Mark Zuckerberg, the Breakthrough Junior Challenge aims to inspire different and alternative approaches to science through the submission of a 3-minute video (the required length for this edition). The three main scientific areas explorable for the submissions are Physics, Mathematics and Life sciences. The process to complete the submission is difficult as they are strictly judged according to four main criterias:

In fact, I had actually participated in the competition this year too but unfortunately had not been shortlisted for the semi-finals – top 30 in the competition. Considering that I too picked to talk about gravitational time dilation, I’ll let you know how difficult Hillary’s topic was! Despite the results, I found the process of explaining a scientific topic itself very exciting and challenging at the same time. What is more, thanks to the simplicity and the powerfulness of the given video explanations,you could also impact a wider community of students as it is common for teachers to use online videos to explain a concept in class.

So, after the long judging process that asks challengers to peer-review other challengers’ videos and an Evaluation Panel to check and control the quality and the originality of the submitted works, videos are selected for the semi-finals – top 30, then finals – top 15 (in which the Popular Vote winner, in other words the person who receives the major number of positive reactions on their Facebook post, receives a golden pass straight through to the finals without additional review) and finally the overall winner is chosen by the Selection Committee.

If you check out the page with all the finalists (https://breakthroughjuniorchallenge.org/winners) it does not come as a surprise that selecting a winner isn’t so simple. For the quality of videos and the chosen topics, becoming a finalist is already a victory.

Hillary Diane Andales has been chosen as the winner for the last edition of the challenge and she received the Prize during the Breakthrough Prize Award on December 3, 2017 consisting of a cash prize ($250,000) for her future academic studies, an amount ($100,000) for her school to build a new science laboratory and a prize ($50,000) for the teacher who inspired her through the creative process.

I believe that all students who are in middle and high school, and with an interest in Science should consider taking part in this amazing competition, as it will be a once in a lifetime opportunity. Regardless of your result, you will receive a feedback about the percentile in which your submission was placed.

The winner of the 2017 competition: Hillary Diane Andales

If you had not heard about the competition until now, then you would not know that this fantastic girl had already shined last year in the finals of the 2016 Breakthrough Junior Challenge with a previous video on the path integral in which she defined “perhaps the greatest generalization in physics”.

Thanks to the experience of the last year and motivated to improve, she applied for the 2017 edition with a totally different topic: relativity and the equivalence of reference frames1. These are fundamental concepts that are at the basis of Einstein’s theory of Special Relativity which revolutionized science.Scientists tend to agree that Einstein’s Special Relativity has been a paradigm shift if we consider its consequences and the substantial differences with the Galilean one.

This revolutionary theory is based upon two important postulates:

This is the core idea of Hillary’s video which explains – in a simple but effective way – how concepts like space and time become relative to the considered observer.

This key concept reminds me of Kant’s philosophy because he may have been the first person to affirm that each object is subjected to our personal consciousness; by consequence everything is relative and different according to who you are.

Anyway, forget about my abstract cogitations, the video really deserves to be watched and can be easily accessed on YouTube at https://www.youtube.com/watch?v=mnJuKXhFaQ8.

As I anticipated, I had the great opportunity to ask Hillary some things about the competition and her project online:

1-Last year you have already been a finalist in the Breakthrough Junior challenge. What improvements, in your opinion, have led you to the victory this time?

I think my greatest advantage this year was that I prepared for my video a year in advance. Most people only prepare one month before the deadline. I also improved on my topic of choice, my delivery, my animations and production quality, as well as my script.

2-How did you come up with your video? Is there something or someone special that inspired you?

I came up with my video after I watched a 1960s video on Reference Frames. That was basically my “Eureka” moment in the process. All throughout, I also had my parents helping me out with the script writing so I could make sure that my content was delivered clearly and accurately.

3-This year were you worried about the competition? What do you think of your video?

I wasn’t as worried about the competition as I was last year. I was confident about my video. I knew early on that I was going to go quite far but I wasn’t expecting that I would win. My confidence was really because of my experience from last year’s Challenge. I learned much from last year and I applied those lessons to my video this year. I’m sure that I wouldn’t have won if I didn’t participate last year.

4-Did you expect to win? What were your overall impressions during the prize ceremony?

The ceremony really lives up to its name of being the “Oscars of Science.” It is glamorous and grabs the attention of the public. I was starstruck when I met a lot of the scientists. During the ceremony, I was seated right next to Cumrun Vafa, a leading scientist on string theory, and we had a wonderful conversation. I also met Edward Witten, Terence Tao, Saul Perlmutter, Scott Kelly, Lucy Hawking, Salman Khan, and so many more amazing people! They used to be people I only read about or watched videos of, but there I actually met them in the flesh! I’d say meeting the people I idolized was really the best part of the ceremony.

5-Within the Big Prize, there is also an amount for your school. How should it be invested according to your personal experience as a student?

The $100,000 prize is meant to be used to build a science lab for my high school. This year, I wanted to use it to create a physics lab since I want others to have access to state-of-the-art physics equipment. In my school, there aren’t many students interested in physics and I hope the lab will encourage them to start being enthusiastic about it.

6-What are your ambitions for the future? Are you planning to become a STEM student at university?

In the near future, I want to study Physics in college. I am not quite sure which university I’ll be attending. For a more long-term ambition, I hope to become a research scientist studying cosmology or particle physics. At the same time, I want to become a science communicator so I get to share the wonders of science with more people!

7-Would you like to address a message to all the young students fond of science around the globe?

To all the youth who love science, keep doing what you’re doing! By pursuing scientific questions with your curiosity, you are already starting to change the world. I hope that you will also share the wonders of science with more young people so that we can create a world that appreciates the value of learning about nature and the Universe.

Hillary also caught my attention with her blog www.hillaron.com where she posts interesting articles about science news and discoveries. You can read more about her challenge experience from the initial ideas and thoughts to her anxious submission “just 90 minutes before the deadline”.1

Due to her empathy and intelligence, I would not be surprised if we hear about her again in the future, just maybe she will be one of the next people that comes up with a new scientific breakthrough!

Lastly I would like to say: a lot of congratulations to you dear Hillary and, as the Latins used to say, ad maiora semper!

Roberto has always thought that science could be the key for our future and has paid far more attention to subjects like physics and chemistry. He is convinced that if you know anything well, you are able to simply explain it to others and that this powerful asset belongs uniquely to young people.