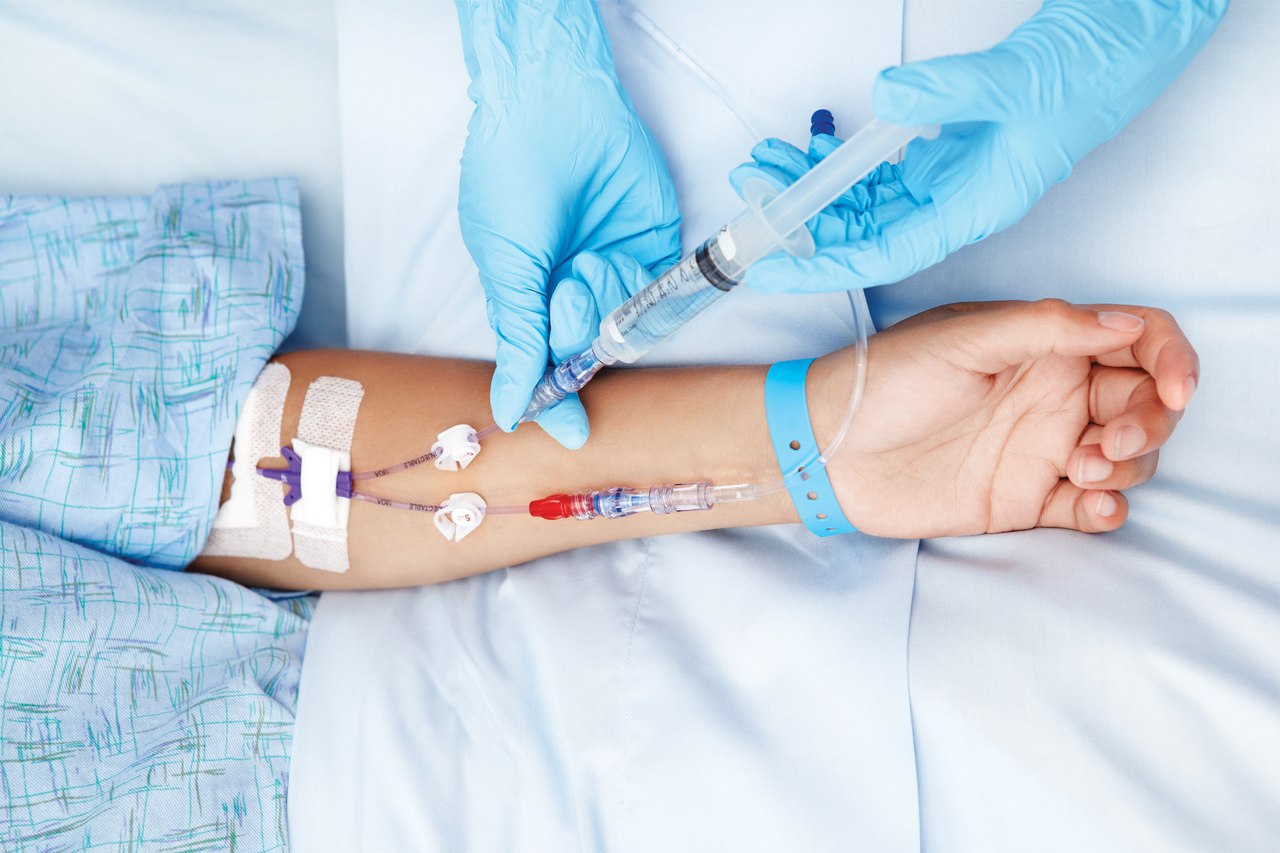 IVIG Explanation and its relation to the Immune System:

The immune system is a network of tissues and organs that work to defend the human body against bacteria and parasites. Its main function is to protect the body and keep it healthy by making antibodies. Failure to protect the body can result in various infections and disorders.

Some individuals suffer from an immune deficiency, meaning their bodies fail to fight against infectious diseases and keep them healthy. This absence of fighting is a risk that can cause individuals to become very sick and vulnerable.

Intravenous Immune Globulin (IVIG) is a sterile solution of antibodies taken from healthy people and then transferred to an individual with immune deficiency. IVIG can be used to treat individuals with a weak or defective immune system. It can also be used to increase the immune system’s response to infectious diseases.

IVIG provides antibodies that individuals’ bodies fail to produce on its own in order to fight an infection. However, certain formulations of IVIG can pose a threat to the renal system, which adjusts concentrations of solutes in the blood. For example, IVIG formulations that contain sucrose (including Gamimune N, Sandoglobulin, Panglobulin, and Gammar-P) can cause renal failure. The pathogenesis (development of the disease) occurs by an osmotic mechanism. Osmosis is the movement of solvent molecules from a region of lower solute concentration to a region of higher solute concentration through a partially permeable membrane, which would eventually establish equal solute concentrations on both sides.

The increased solute load of the infusion is taken up by proximal renal tubular cells, which then swell (since water moves in to follow the solutes by osmosis) and consequently the cells occlude the lumen of the tubule. In addition, the increased blood viscosity conferred by the transfused particles and deposition of immune complexes can contribute to the development of the problem. The disease (called Acute Tubular Necrosis) can manifest as an asymptomatic rise in plasma creatinine or result in anuric renal failure (in which no urine is passed). The dysfunction is usually transient but permanent failure has been reported in the past.

About 30-40% of sufferers require haemodialysis. When the kidney dysfunctions, it is no longer able to produce urine or filter blood. As a result, toxins build up with excess fluid. Hemodialysis can replaces the kidney’s function by filtering waste and removing the excess fluids, but must be performed frequently. The mortality rate of the disease is 10-15%.

This study was conducted with a number of individuals who suffered from chronic inflammatory demyelinating polyneuropathy (CIDP), an autoimmune disease in which the immune system attacks the myelin surrounding peripheral nerves. This means that nerves become damaged and insufficiently insulated. Refractory (irresponsive) to the usual treatment, the patients were given three doses of IVIG.

Three days prior to admission, the patients were given one dose of IVIG. After this dose, the patients were noticed to have increased abdominal girth and distension (swelling). Abdominal girth is a measurement of the abdomen’s distance from a specific point; it can be used to monitor obesity and buildup of fluid or intestinal gas. With subsequent IVIG infusions, one of the patients (female) developed leg swelling, dyspnea/ orthopnea (difficulty breathing or shortness of breath), decreased urine output, and fatigue (extreme tiredness).

One day prior to admission, the third dose was administered. During this time, the patient was not started on any new medications. One of the patients (female) went into another facility, where her urine analysis revealed 2+ protein. When she was transferred to evaluate the possibility of nephrotic syndrome, abdominal distension and lower extremity edema were present. Her BUN (Blood, Urea, and Nitrogen) and Creatinine were 66 and 5.9, respectively. Subsequently, the patient became anuric, meaning there was no passage of urine and thus her kidney failed. Her BUN and creatinine levels increased to 70 and 7.1, respectively.

A nephrology (a branch of medicine in relation to the physiology and diseases of the kidneys) consultation was obtained and the renal biopsy showed Acute Tubular Necrosis (ATN). Her 24-hour urine protein was 2.7 grams. After she underwent haemodialysis, her urine output did improve. Paracentesis drained 2 liters of fluid. Paracentesis is the removal of the fluid from a body cavity through the use of a hollow instrument.

The patient was discharged on prednisone and IVIG was discontinued. Prednisone is used as an anti-inflammatory since it prevents the release of substances that can initiate inflammation. Immunomodulating drugs were prescribed later. An immunomodulator is a chemical agent that modifies the response and function of the immune system.

When IVIG is used to treat CIDP, ATN may result as a complication.

When IVIG is used, adequate hydration and administration of the IV fluids is vital. If renal function deteriorates, the infusion should be discontinued.