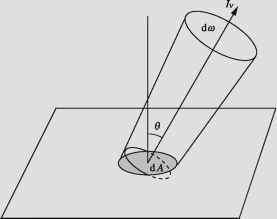 This paper examines physical theories such as thermodynamics, quantum mechanics to develop parameters including absorptivity, reflectivity, and transmissivity of the atmosphere. It is on such parameters that the physical modelling equation has been established to quantitatively analyze the ongoing global warming and climate change situation. This theoretical research reaffirms the severe effect of the greenhouse gases that are already well known to contribute to global warming and climate change. This paper also reveals the great possibility that with more complex and advanced modelling based on multi-layer scenarios, such as that based on gradated layers of the atmosphere of this planet, a much more accurate and detailed analysis for a prediction of the future route of global warming processes will be possible.

It is evident that, given the change of global temperature during the past few decades, the earth is becoming warmer; the interesting issue is, for many scientists, to determine whether such rises in temperature are due to anthropogenic causes or natural ones. There have been remarkable fluctuations of global temperatures throughout the long history of the planet Earth [1]. Ice ages and warm periods have existed alternately overriding each other, allowing in-between the interglacial period. Considering the past fluctuations, however, the abrupt rise of temperatures recently is considered to be part of a grand process in which the earth endures the rise in global average temperatures [2]. Several previous studies on the issue, which is considered the dominant theory, posit that present global warming may mostly be attributed to rapidly expanding human industrial activities [3]. To clearly understand global warming, however, it is necessary to differentiate the effects of principal solar radiation energy that warms the earth and the radiation from the earth out back to space. Normally these two types of radiation are ideally balanced, yet once this balance is broken due to greenhouse gases or water vapours, the earth’s temperature rises, and, as a result, a new balance is soon to be established [4]. This paper focuses on the exact balance of the solar and global radiation and the effect of the greenhouse gases in restoring new equilibrium on the earth. To that end, in this paper, a simple physical model has been created to explain the fundamental physics behind the radiation energy, blackbody radiation, which are then combined to delve into the resultant solar radiation. This research will also explore the effect of the earth’s atmosphere in absorbing global radiation on the global temperature of the earth’s surface. Finally, the model including reflectivity and transmissivity has been used to calculate and analyze the changes in the temperature of the surface of the earth.

where dΩ is the solid angle and Θ is the angle between the radiation ray and the vertical line to the surface.

Figure 2. Illustration of the solid angle [4]

If the flux is uniform in all directions (isotropic), then F=πI. Now consider the monochromatic flux of wavelength λ and let Fλ, Iλ be flux and the intensity for the particular wavelength. It is given that F=∫Fλdλ and I = ∫Iλdλ [4]. If frequency v is used instead of λ, F=∫Fvdv and I = ∫Ivdv, in which v = c/λ with c being the speed of light.

Here again, when radiation passes through matter, there is absorption, transmittance, and reflection. Let radiation with wavelength λ have absorptivity, reflectivity, and transmissivity aλ, rλ, and τλ, respectively. The following equation (3) can be obtained [5]

A blackbody is an imaginary object that absorbs all the electromagnetic waves radiated into it [6]. Hence, rλ + τλ = 0 and aλ = 1. Yet, even blackbodies emit some electromagnetic waves and thus show the frequency distribution of the radiation. Photons should be considered in calculating the frequency distribution. Since the photon is a boson, it satisfies Bose-Einstein Distribution with chemical potential 0, and equation (4) is obtained [7]. Figure 3 shows how Bose-Einstein Distribution is defined:

Before substituting, here are some simple explanations of variables in statistical thermodynamics

kB is the Boltzmann constant, a value that links the temperature of a gas, like the atmosphere, with the average kinetic energy of its particles

h = h/2π defines a form of Planck’s constant, which describes the angular momentum of a particle, a photon in this case – all values of angular momentum are quantised, which means they must be a multiple of h.

ω = 2πf defines angular velocity as multiplied by the frequency (rotations per second).

where nk1a  is the Bose-Einstein Distribution Function of a photon, as described by the graph above.

Thus, the average number of photons with a wave vector between k and k + dk is given by:

The mean energy of photons with frequencies between ω and ω + dω is given by the product of the number of photons and the energy of a single photon, hω , as follows [9].

Therefore, the total average energy density over all is given by:

The radiation power density, which is defined as the energy per unit volume and unit time, of photons whose frequency is between ω and ω + dω is given by eq (8), when using the fact that the flux radiated from the surface of a black body is related to the energy density as

is known as the Stefan-Boltzmann constant. When the blackbody is not completely ideal, then the flux density has a constant, and the equation becomes [10]: 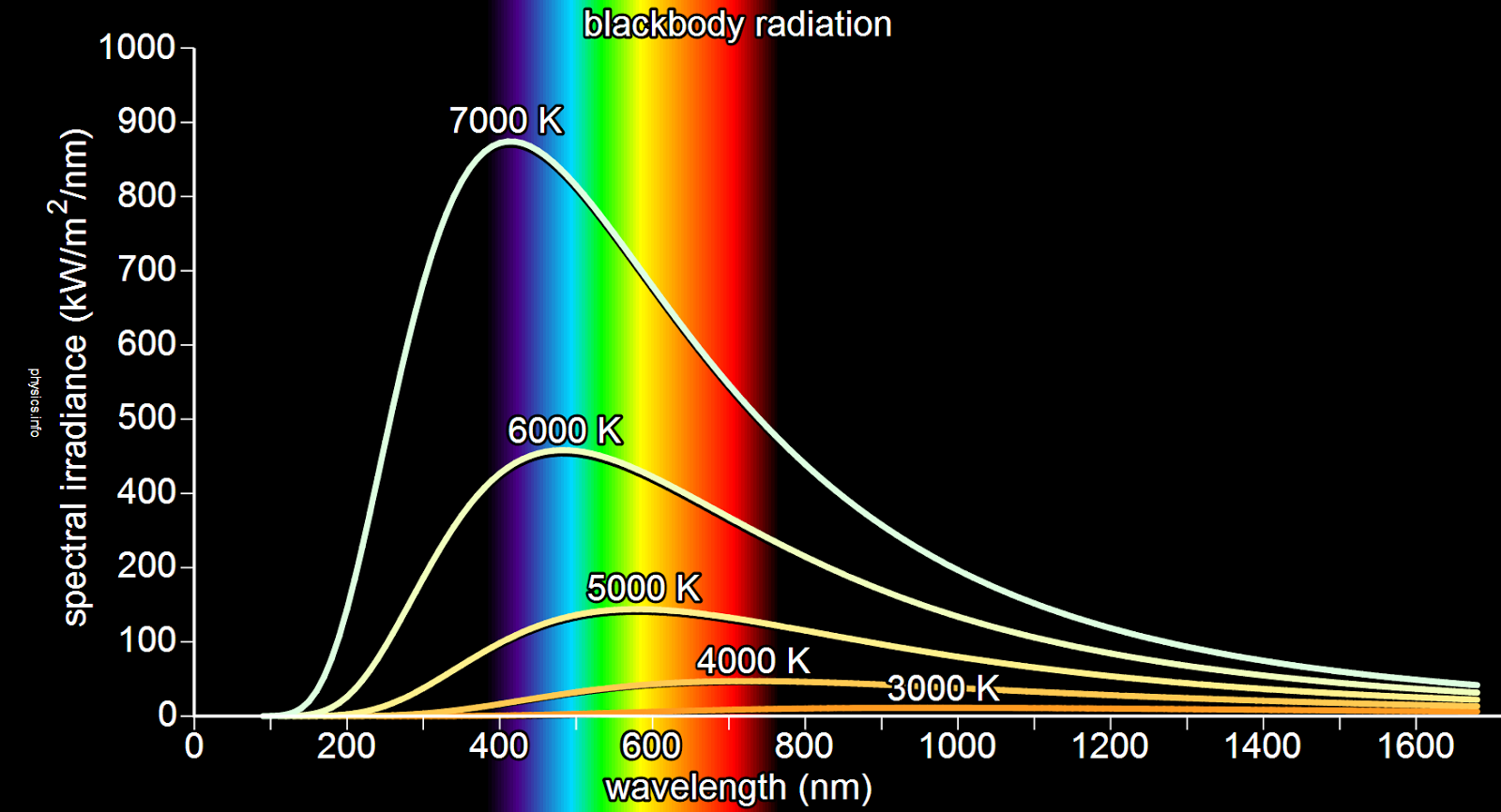 Solar Radiation and the Surface Temperature of the Earth

Figure 5. Structure of the earth’s absorptivity, transmissivity and reflectivity [14]

Let rEarth be the reflectivity of the earth, and equation (11) is established:

On the other hand, the power of the radiation the earth emits back into space is the product of the flux density Fout and the surface of the earth. Now, assume that the earth is a blackbody and has no atmosphere. Then according to the Law of Stefan-Boltzmann, the following equation is obtained [8]:

where Tearth is the temperature of the surface of the earth.

Hence, the power density emitted by the earth is given by:

For the earth to have an energy balance, φin = φout must be satisfied, and thus this yields:

or if this equation is solved for the surface temperature of the earth, (15) can be obtained as follows:

It is well known that nitrogen and oxygen gas, which compose a majority of the atmosphere, neither absorb nor emit radiation energy, yet trace gases like water vapour, carbon dioxide, and methane gas absorb a significant portion of radiation energy, causing the greenhouse effect.

Figure 6 shows how the greenhouse effect is created on the earth: 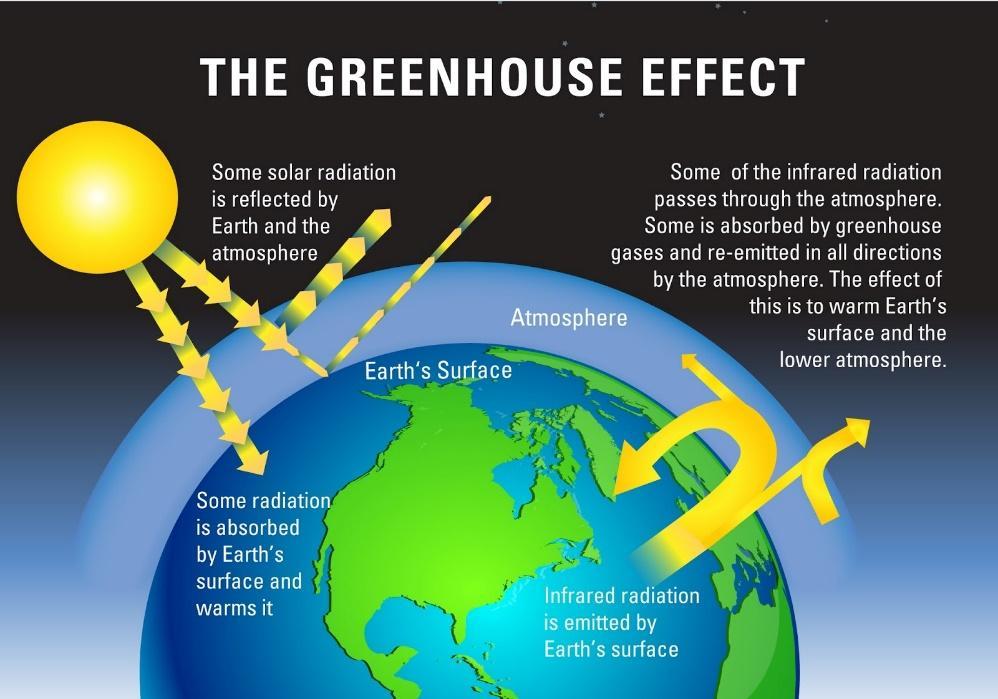 Figure 6. Greenhouse effect made by heat trapped by greenhouse gases in the atmosphere [15] 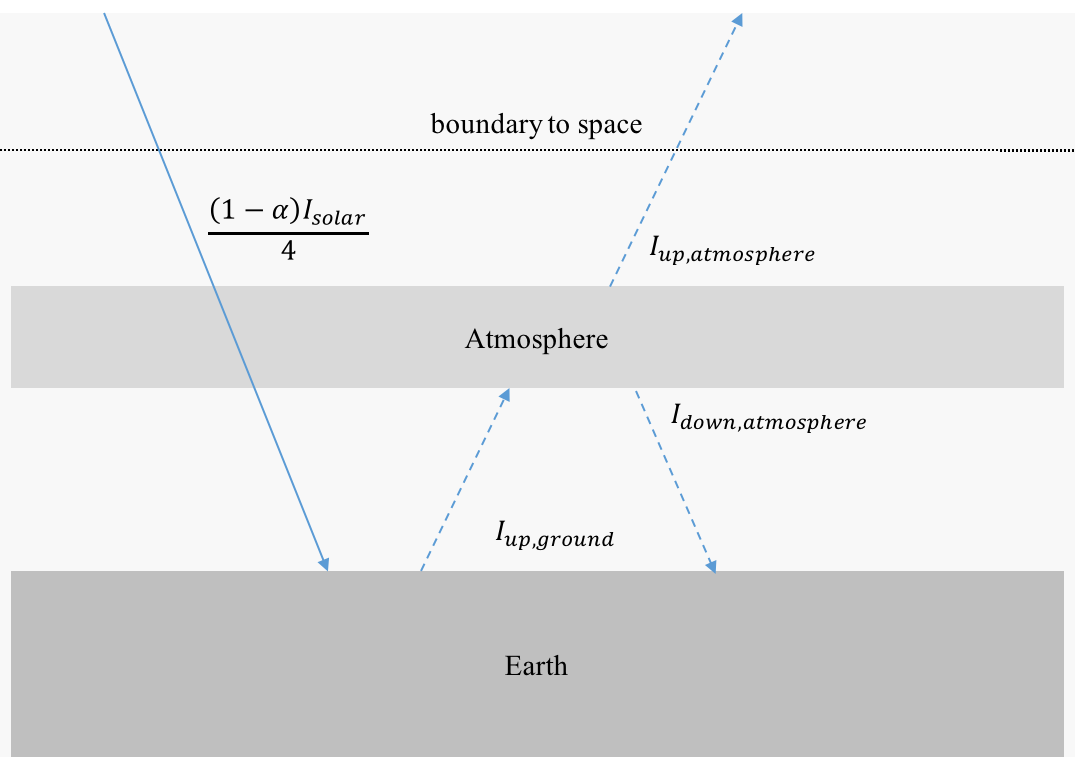 Figure 7. Single-Layer Model in which there is only a single layer of atmosphere on the Earth [7]

For radiation equilibrium to be established in this situation, there must be energy balance within the atmospheric layer.

Also, the energy balance should be established on the earth’s surface, giving equation (18) as follows:

Finally, likewise, energy balance should also be established on the entire planet.

If the earth is assumed to be an ideal blackbody, by equation (21), Tatmosphere is about 255K. Then since Tground = 21/4 Tatmosphere , Tground becomes about 303K. This is 30C, which is 40C higher than the case in which the earth’s atmosphere was assumed not to exist. This means the earth’ atmosphere plays an essential role in maintaining a habitable temperature on the earth. Now, it is assumed that there is reflection and transmission, rather than complete absorption in the atmosphere. Let reflectivity, transmissivity, and absorptivity r, τ, a, and then a + r + τ = 1. Now with this definition, in the Single-Layer Model mentioned above, Iup,atmosphere can be replaced with Iup,atmosphere + τIup,ground , and Idown,atmosphere with Idown,atmosphere + rIup,ground.

Thus, the equation in this equilibrium condition changes to: 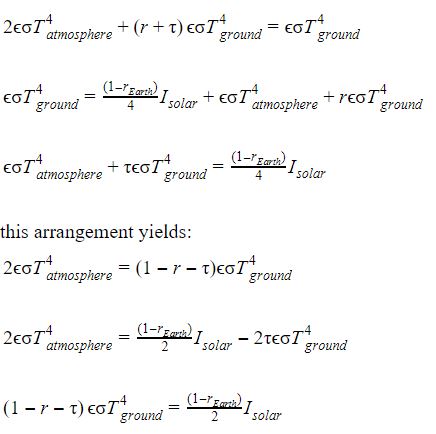 Table 1 shows the calculation results when reflectivity r and transmissivity τ varies from 0.1 to 0.9 under the condition that ε = 1, with r in the rows and τ in the columns.

Table 1: Surface temperature of the Earth depending on reflectivity and transmissivity.

The modelling of climate change has so far been applied to global warming of the earth based on the theory of solar and earth’s radiation under the assumption that the earth is a quasi-ideal blackbody. Two models are introduced: one is for the assumption that there is no atmosphere and the other one for the single-layered atmosphere. With the comparison of the two models, it has been reaffirmed that the role of earth’s atmosphere is critically essential for the stability of earth’s surface temperature and negative effect of greenhouse gases on the earth’s self-adjusting climate system and hydrological cycles. With the more advanced models such as 2 or 3 layered will be expected to allow more specific and better results for more precise analysis and prediction. Simple as it may, the Single-layered Model explains quantitatively well the behaviour of earth’s climatological cycle and is expected to open new challenges to more advanced research with the advent of AI technology.

I would like to thank my beloved parents who never cease to encourage me when I face unexpected difficulty. I also hope to extend my gratitude to my physics teacher, who helped me finish the paper even with his utmost busy schedule.

Table 2. Summary of the physical quantities used in this paper 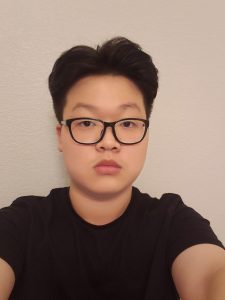 Yong Woo Choi attends Brea Olinda High School in Brea, CA. He has been especially intrigued by linking pure theories to practical applications, a strong motivation to get down to serious research on modeling a real practical scientific issues such as global warming and climate change by using simple elemental math and physics to the level beyond the knowledge of secondary education.