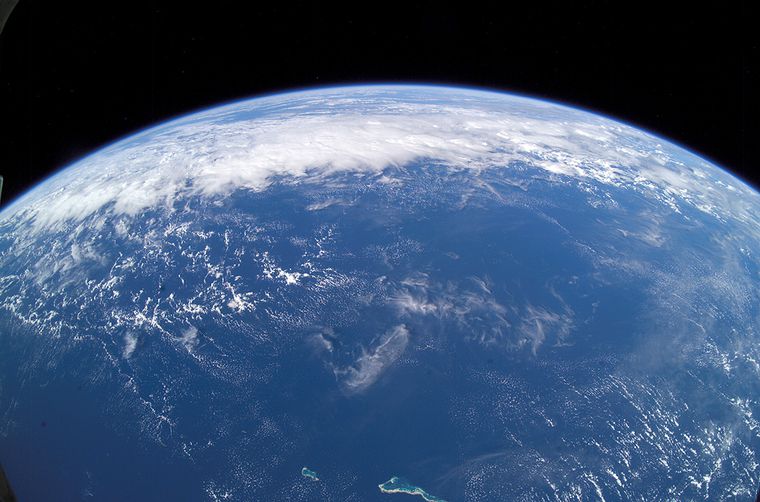 Life on Earth didn’t just come about by random chance. Several billion years of chain events, complex chemical reactions, mutations, evolutions and favourable conditions were necessary for the creation of life as diverse and adapted as we can see around us now. Scientists are eager to understand how life came to be, for if they can understand its past, it will help them to comprehend its present, and more accurately predict its future. Because of this, there are countless theories regarding exactly how life came about. This article explores some of the more popular theories of today.

Earth Day has been celebrated every year on April 22nd since 1970, and aims to both educate and mobilise people into climate action. Although humans have only roamed the earth for a mere fraction of the Earth’s existence (200,000 years compared to the Earth’s estimated 4.5 billion), our impact on the planet has been both immense and catastrophic. But to really understand and appreciate the true impact of Homo sapiens, it is important to look back on how life on Earth truly began.

Formation of the Planets

The most widely accepted theory for the formation of the Solar System is through accretion theory. This was initially suggested by Otto Schmidt in 1944, and supported by study of moon craters during the Apollo space program in the 1960s. This theory suggests that particles that formed after the Big Bang gradually clumped together, to form small balls, then tiny planets, and gradually build up mass by the collision of these planetesimals with other meteorites that were numerous at the time [1]. The formation of the young Earth is classed as the Hadean Eon due to the hellish, inhospitable conditions on the planet — the constant bombardment of meteorites caused the innards of the planet to melt into magma, giving rise to constant volcanic eruptions, and little to no oxygen in the atmosphere [1]. It was during this eon that oceans arose on Earth, and as the Hadean Eon ended, and the Eoarchean Eon began, the first signs of life began to show.

The Primordial Soup, an RNA world, and quantum superposition

The genesis of life has been estimated to between 3.5 and 4 billion years ago — just after the end of the Hadean Eon [2]. It almost certainly began in the seas, as the land and air would still have been inhospitable to life. Darwin once suggested that life began in some “warm little pond”, and the primordial soup hypothesis suggests that he wasn’t wrong.

The theory was formalised by Alexander Oparin and J. B. S. Haldane, and argues that early atmospheric gases such as water vapour, ammonia, methane and hydrogen combined due to lightning, radiation or heat to form simple organic compounds. These monomers existed in the ocean forming an organic “primordial soup” that led to the formation of larger polymers and, eventually, a molecule with the ability to replicate itself [3]. This hypothesis was supported by the Miller-Urey experiment, where they simulated the primordial atmosphere in a laboratory, and stimulated the mixture with electric sparks. Within a week, the mixture contained amino acids, the building blocks of proteins. Although neither this experiment nor any of its following repetitions has ever yielded a self-replicator, it is still a good indication of the hypothesis’ validity [2][3].

It is now believed that the primitive self-replicator was a form of RNA — called a ribozyme — that could act as both an enzyme and a gene. This means that it could encode its own structure and make copies of itself, without the need for other complex molecules. It would be extremely unlikely for such a complex molecule to form in the primordial ocean by chance, so a current theory as to how this replicator came about is through quantum superposition — a quantum mechanic that allows for the protons and electrons in the molecule to explore a variety of different arrangements at once, until the correct molecular arrangement for a self-replicator is found [3]. Once this first self-replicating molecule was formed, the chain of events leading to the formation of life could begin in earnest. This molecule could reproduce to form more molecules that could mutate to form different substances with different functions, eventually organising itself into the first primitive cell — the Last Universal Common Ancestor, or LUCA, from which all life is derived.

Life had begun — but for life to evolve to the vast and diverse proportions that we know now, it was missing one crucial element — oxygen. That’s where cyanobacteria (Prochlorococcus marinus) came in. Cyanobacteria evolved about 2.4 billion years ago and became the world’s first photosynthesizers [4][5]. These bacteria could take in carbon dioxide and water, and, with the help of sunlight’s UV rays, convert it into oxygen and sugars. This was the Great Oxygenation Event, and all forms of complex life owe their existence to this bacteria, that is considered to have produced up to 20% of all global oxygen supplies, and is believed to be the most populous genus on earth, with as many as one hundred octillion of this bacteria alive today [4]. Their limestone-based stromatolite structures can still be seen globally, perhaps most famously dotted along the coastline of Shark Bay in Western Australia.

Increasingly complex cells soon began to develop, with more complex functions, and more complex internal structures to help them complete their tasks. Many of these evolved from a symbiosis of simpler prokaryotic cells in small colonies. Chloroplasts, the photosynthetic organelles found in some eukaryotes, are likely to have evolved from a cyanobacterium or similar photosynthesising bacterium. Mitochondria — organelles that allow for respiration — evolved from endocytosis of purple bacteria that gained energy from atmospheric oxygen. Flagella, cellular ‘tails’ that allow movement, may have evolved from spiral-shaped bacteria (spirochaetes). Life was becoming more complicated, and evolving rapidly [4].

From simple cells evolved more complex, multi-cellular organisms. Some of the earliest self-organising collections of animal cells were sponges and stony corals. While these simple systems prevailed for a long time, they gave way to animals that had more complex systems of organisation, such as bilateral symmetry, movement, and a gut. The oxygen-rich atmosphere allowed organisms to grow to vast proportions. On land, Prototaxites (8 metre high fungi) gave way to Lepidodendron, fifty metre tall early trees that died and fossilised to produce the carbonous coal that humanity has burned so excessively in the last 200 years. Azolla water ferns absorbed so much atmospheric carbon dioxide that they were one of the main reasons as to why the Earth was quickly plunged into an ice age. When they died they sank to the seafloor to form what we now know as crude oil and natural gas. Trilobites moved onto land, to form a diverse array of arthropods, from giant centipedes (Arthropleura) and scorpions (Pulmonoscorpius), to metre-long dragonflies (Meganeura). Early tetrapod fish evolved to leave the oceans and became the first vertebrates to adapt to a new terrestrial niche [4]. The vertebrates that developed a water-tight skin (as opposed to the water-permeable skin of fish and amphibians), became the first fully terrestrial vertebrates – the amniotes. This clade diverged to form two branches — one was early mammals, the other early reptiles, and later, included birds. After the Carboniferous rainforest collapse that occurred 305 million years ago and destroyed much of the Lepidodendron-dominant forests, reptiles could rise to this new niche and become dominant. They had the space to become the prevailing megafauna – dinosaurs.

The age of the dinosaur came, and went with the Cretaceous-Paleogene extinction event. The only remaining group of reptiles was the archosaurs, which included birds and crocodilian reptiles. This group quickly became the dominant carnivores. Mammals continued to exist as small, nocturnal, insectivores. Even after the extinction of the dinosaurs, mammals were still prime prey, and so they remained smaller than a cat for some millions of years. It wasn’t until the Eocene epoch 55 million years ago, when a change in climate allowed for forests to effectively cover the Earth, did mammals finally have the freedom to spread and differentiate into their many forms that we see today. Mammals became more diverse and dominant on Earth. The first primate was Eosimias, from which bigger, more intelligent primates could evolve [6]. About 4.5 million years ago a member of the hominid family (Australopithecus afarensis) began walking on two feet. About 1.8 million years ago, Homo erectus, with its superlative level of brainpower, migrated out of its native Africa to populate Europe and Asia, and evolved techniques of hunting, survival and culture that were far beyond any other mammal at the time. By 25,000 years ago, all other species of human had died out, and one, Homo sapiens, had prevailed [4].

Creating even more complex behaviours, such as language, art and religion, Homo sapiens began to populate all regions of the globe, from America to Australia to Polynesia, often destroying much in its wake. Soon, success of many other species was based almost entirely on its influence on humanity. Nutritious plants such as wheat and rice were cultivated for food, and relatively docile animals such as pigs, cattle and sheep were domesticated for meat. Dogs were domesticated for companionship and protection, while rats, fleas and influenza thrived in increasingly urban human settlements. As humans became more industrious, they extracted the fossilised remains of Lepidodendron from the ground to power their machines. This burning expelled carbon dioxide into the air – the industrial smog disrupting the oxygen-rich atmosphere initially formed by the cyanobacteria that created habitable conditions for complex life over 2 billion years before. The planet began to heat, reversing the carbon-capturing, cooling process performed by Azolla.

Despite incredible advances in computerised climate modelling, we are not certain as to exactly what the future will bring — but we are increasingly understanding the events of the past. We only have one Earth, and its conditions that were favourable for habitable life were produced by a complex and long-winded series of events. It is increasingly important to educate and enact change to save the life that painstakingly evolved on Planet Earth.

3 thoughts on “Abiogenesis: A Brief History on The Origins of Life on Earth”