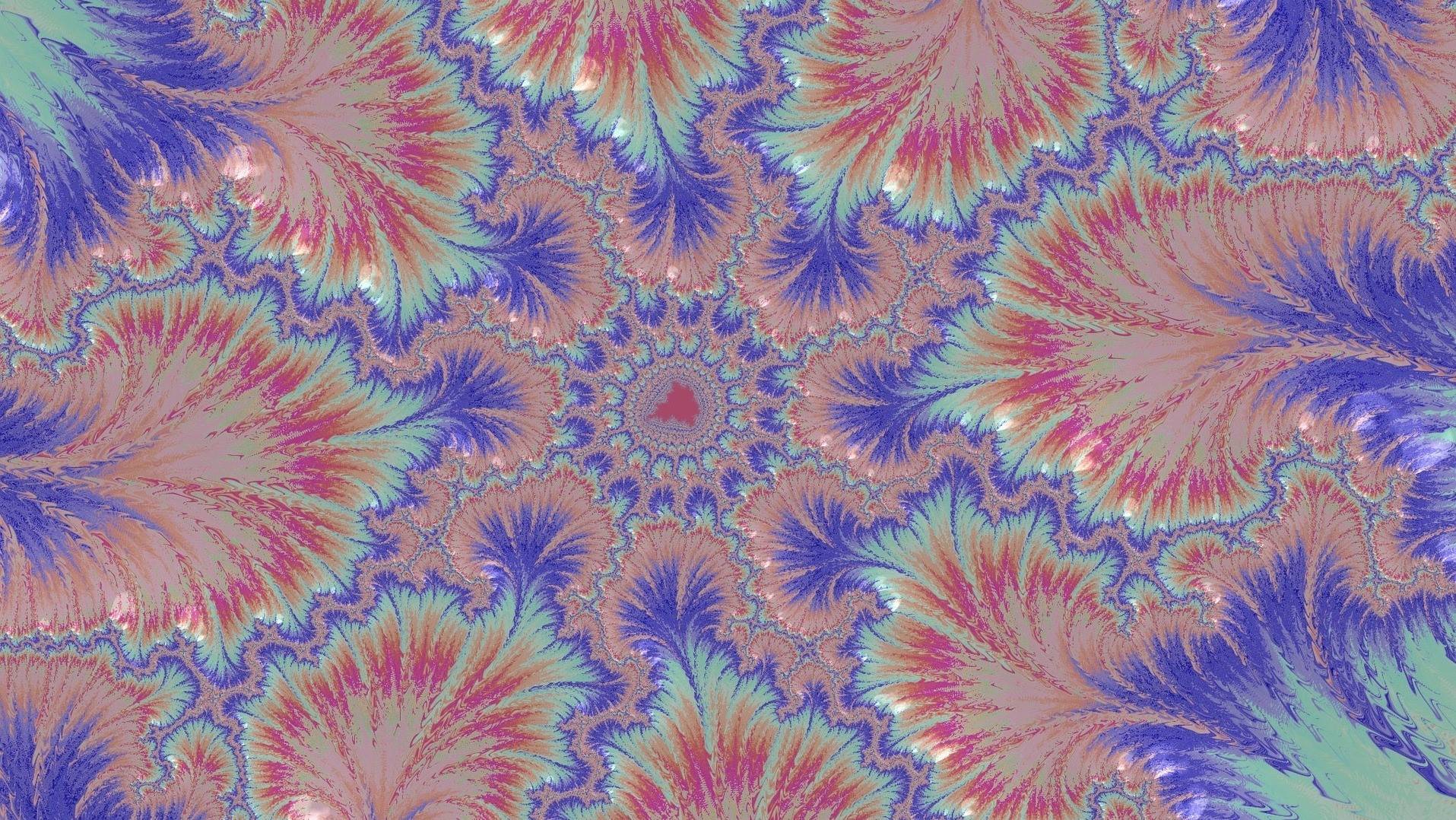 Nature is complex. It features a multitude of systems which, simple though they may be, are unpredictable in their behaviour, and seem not to be governed by the established deterministic laws of classical physics. For many years, scientists ignored such systems claiming that their unpredictability was a result of the limitations in the accuracy of measurements, or pure chance. Others even rejected them as unscientific. However, in the 1970s, a new theory evolved, which, if its supporters are right, explains the diversity we observe in nature and provides an accurate and scientific description of the unpredictable phenomena in question. This is known as “Chaos Theory”, and the purpose of this article is to provide an introduction to it together with fractals, the elaborate patterns which have become its emblem.

Should a small variation in the force one exerts on the plunger of a pinball machine be made, then this action can result in a completely different trajectory being taken by the ball. A butterfly flapping its wings in Beijing could cause heavy rainfall, instead of sunshine, in New York. Two paper boats placed exactly next to each other on a river could follow two completely different routes and end up in two completely different places. These are examples of systems which display extreme sensitivity in the variation of their initial conditions. Such dynamical systems are called chaotic, and unpredictability is endemic in them. However, this is not because these systems are governed by chance. Most of them can be described by non-linear differential equations, but this non-linear quality makes predictions and calculations very difficult.

A phase portrait is a way to visualise the recurrence, or not, of a system’s behaviour, in a series of orbits including one orbit to which the system will finally arrive. In figure 2, we can see the phase portrait for a pendulum, without any friction or air resistance being exerted on it, which shows a very simple attractor (a circle). However, a pendulum which loses energy due to friction will eventually come to a complete stop, so the attractor is a fixed point attractor (figure 3), where the pendulum does not move (both speed and distance are zero). There are other attractors as well (such as loop or tori attractors), but most of the attractors of plain, predictable systems are simple.

In contrary, chaotic systems have very intricate attractors. These attractors are called strange attractors and the Lorenz (“butterfly”) attractor is the most famous of them (figure 4). This attractor, which has a fractal (Hausdorff) dimension equal to approximately 2.06, describes atmospheric convection, using three differential equations (it is of course a very simplified model). What is notable about it is that the orbits never intersect, and, as a result, the system never repeats itself (if the orbits intersected, then the system would choose between two behaviours, thereby becoming non-deterministic). This is a bit difficult to visualise, but the attractor is of infinite length and occupies a limited space. 1234561112

In the absence of a strict mathematical definition of a fractal, a description of their properties is used in lieu of a definition. According to Kenneth Falconer, a fractal exhibits the following properties:

This description might seem a bit abstruse, but it will become clearer with the following examples and elucidations. 711

Let us now examine the mathematical construction of a typical fractal curve and the properties that it has. This fractal is called Koch’s snowflake, because its shape resembles that of a snowflake and it was first conceived by Helge von Koch, a Swedish mathematician. It can be seen in figure 5. The algorithm for its construction is the following:

If this algorithm is executed ad infinitum, we can observe some very interesting properties this “snowflake” has. For example it displays exact self-similarity, i.e. it is exactly the same as the initial curve no matter how much we zoom in.

That means that, although the area of this shape is finite (we can always draw a circle of finite radius r around it), its perimeter is infinite! This paradox, which cannot be explained by Euclidean geometry, is an intrinsic characteristic of fractal geometry. Another characteristic of fractal geometry is the fractal dimension (i.e. the dimension of fractals is not an integer, as in Euclidean geometry. For example, the Koch snowflake has a fractal (Hausdorff) dimension approximately equal to 1.2618.) 8911

Fractals, however, are not just abstract mathematical constructions. Many natural objects and structures exhibit (quasi) self-similarity, and they have many applications in virtually all fields of natural sciences and technology. In our bodies, for example, in order for the blood to reach every cell, and so that a large area for oxygen diffusion in our lungs is achieved, without the networks serving this purpose occupying a large volume, has created a fractal network of blood and pulmonary vessels.

Turbulent flow is the field from which chaos theory (to a very large extent) evolved. The flow of water in a river for example can seem very disorderly and difficult to monitor, but chaos theory and fractals can more accurately describe this kind of flow, and further advancements are expected in the future. Snowflakes, broccoli, coastlines and mountain ranges are some self-similar natural objects which can be described as fractals. Of course, the difference between mathematical fractals and natural fractals is that the self-similarity in the latter is not exact, as it is in the former, but it is quasi-self similarity, and that we cannot see a natural fractal at an infinitely small scale. 711

Let us now examine one particular application of fractals a little more closely. Fractals have many applications in computing, one of the most important of which is fractal image compression. Compressed digital images often appear pixelated which results in a loss of picture quality. Fractal image compression, by identifying self repeating patterns in the image to be compressed, can create an algorithm which reconstructs the image when it is decoded. Of course, encoding requires a lot of computing power (or time), and this method works best with images that contain patterns (e.g. landscape or natural images), but the advantages offered are quick decoding and “fractal scaling”, which is a fractal compressed image’s property to be resolution independent, i.e. to include the same level of detail no matter how much the user zooms in the image. 10

As one can see, chaos theory and fractals can offer some very promising solutions to problems which cannot be addressed by classical physics. Although the theory itself is new, the basic idea behind it, the sensitive dependency to initial conditions, is quite old, as an old proverbial rhyme proves:

For want of a nail the shoe was lost.

For want of a shoe the horse was lost.

For want of a horse the rider was lost.

For want of a rider the message was lost.

For want of a message the battle was lost.

For want of a battle the kingdom was lost.

And all for the want of a horseshoe nail. 12

2 thoughts on “An Introduction to Chaos Theory”