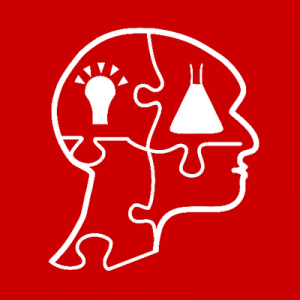 On a sunny day in August 2018, fellow YSJ team member Katie Foreman and I were invited to film a documentary in partnership with insurance company AXA and Sky UK. Narrated by Sue Perkins, the documentary “The Future of Driving” looks into the impact of autonomous vehicles on society and the future.

After hair and makeup, Katie and I (or Katie2​ ​as we became known as by the end of the day!) were whisked off to share our hopes for the future. I chose passion for science, hoping to get more young people curious about the world around them. We were then given the opportunity to discuss the cars in society with Dr Iveta Eimontaite, who conducts research into the cognitive and human factors of autonomous vehicles at the Bristol Robotics Laboratory. It was great to share our thoughts on the matter as young people growing up with both the more traditional cars and the future technology being produced today, which is not so futuristic after all.

Alongside Katie2​ ​there were representatives from the Buckinghamshire Disability Service (BuDS) talking about how the automation will affect and improve their daily lives. It was particularly eye-opening to hear the stories of people you wouldn’t immediately think of as being affected, such as a deaf gentleman for whom driving is currently a challenge. Dr Suzy Charman, Executive Director of the Road Safety Foundation; Professor Tony Pipe of the Bristol Robotics Laboratory; and Paul di Resta, professional racing driver and Sky Sports F1 pundit, also shared their views on the safety aspects of driverless cars. After this we had some fun with a group of younger kids controlling a drone with their hand actions and being chased around a field by the drone!

At the end of the day we were then hurried away in the car itself for a short drive around the test track. The car was incredibly smooth, cruising at a steady pace around a roundabout, through some gravel, and across normal road surfaces.

We are very lucky to have been given this experience through the Young Scientists Journal, in which I am a Senior Editor and Katie Foreman is a member of the PR & Marketing team, highlighting the great opportunities that the YSJ provides for the next generation of scientists.

You can find the documentary on the AXA UK  YouTube channel or at: ​https://www.axa.co.uk/inside-axa/future-of-driving/

Katie Savva is a Biochemistry student at the University of Warwick where she enjoys 6 hour experiments, and the 9am lectures slightly less. When she isn’t playing quidditch or programming, Katie is the Senior Biochemistry Editor at the Young Scientists Journal.

One thought on “AXA Filming Day- The Future of Driving”