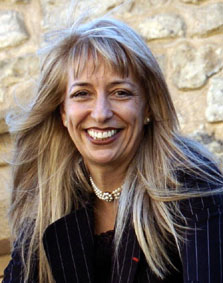 As a keen advocate of excellence in science education, I heartily commend the Young Scientists Journal and its worldwide body of student authors and editors, for its efforts to foster worldwide communication and collaboration between scientists aged 12 to 20, through their online publication.

Guided by the project’s mentor Christina Astin, (Head of Science at The King’s School, Canterbury, UK) and its patron, Professor Ghazwan Butrous of the Butrous Foundation, the journal has given hundreds of young people the opportunity to publish their research whilst still at school, helping to develop their science communication skills.

Encouraging young students to think, act and communicate as scientists is crucial, given the estimate that the total body of scientific knowledge is now doubling every 20 years. When the students now publishing in the Young Scientists journal are in their mid-30s, there will be twice as much scientific knowledge as there is today. To know that these students—and innumerable others as the journal finds new contributors throughout the world—will have been well trained in, and experienced in applying, the scientific method, is reassuring. Furthermore, in this age of blogging where all are producers of information, scientists who have been given an opportunity to practice the skills of writing and editing at this early stage in their scientific journeys will be better skilled in communicating their ideas to others. Women and men who are experienced in thinking rationally and assessing the reliability of information will be absolutely vital, and more and more so as time marches, or sprints, on. This is why I applaud the Young Scientists project and encourage its widespread and on-going support worldwide: because its participants, ideally from all nations, will take their place among the wise women and men of the future, who, we can be certain, will be needed more than ever in the decades to come.