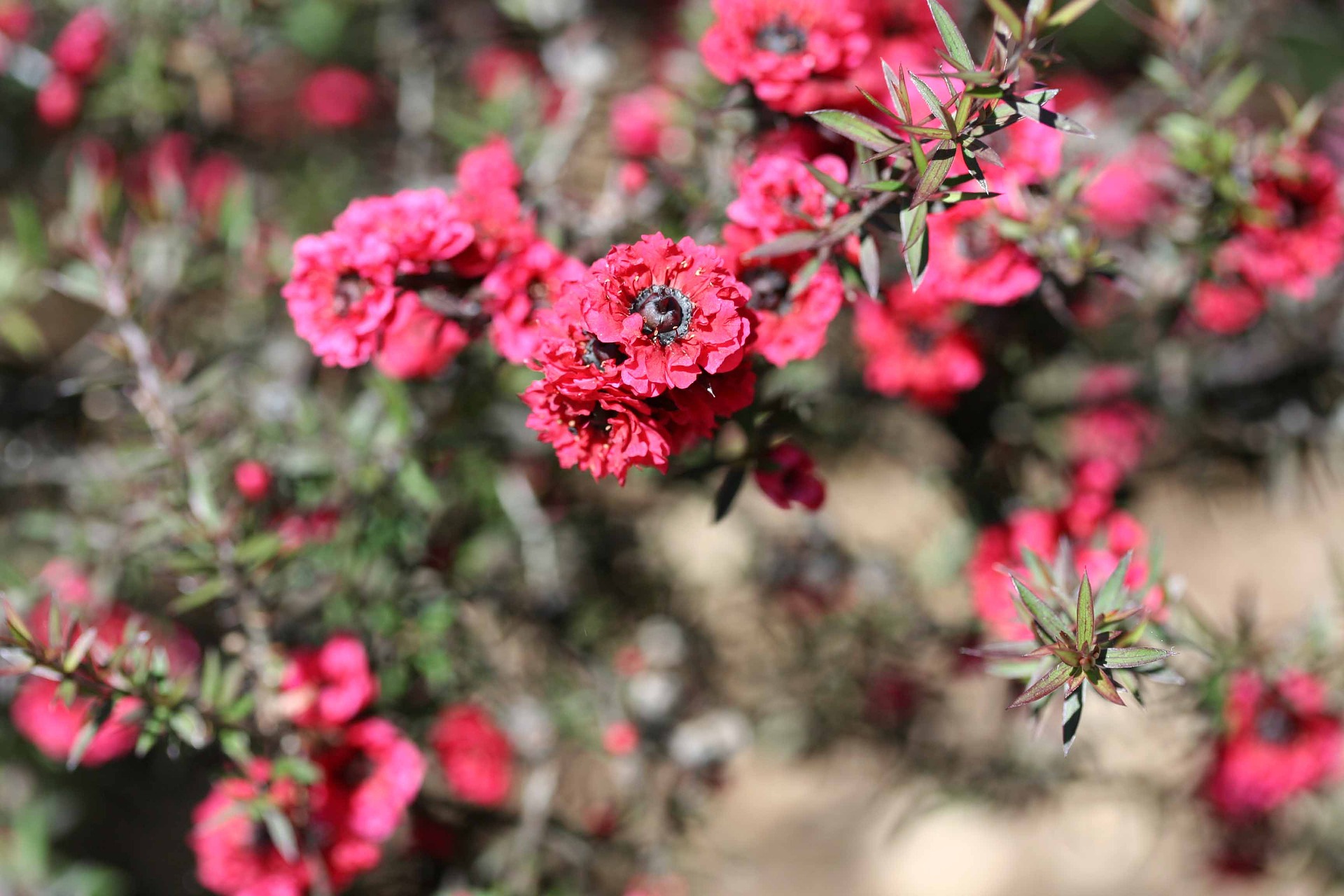 The aim of this experiment was to find a solution that may help control the resistance of bacteria to conventional antibiotics. This experiment tests to see the efficacy of everyday natural products towards health and wellbeing as opposed to seeking conventional antibiotics, which can trigger problems such as antibiotic resistance. This experiment is a test of the effectiveness of natural antibiotics compared to three different bacteria types; Bacillus subtilis, Bacillus megaterium and Escherichia coli. Filter paper discs are soaked in garlic, Manuka honey, tea tree oil, clove and ginger and placed on the bacteria. The zone of inhibition is measured around each of the filter paper discs to determine the effectiveness of each of the antibiotics. A larger the inhibition zone correlates with better effectiveness as the antibiotic was better at stopping the growth of the bacterium. This resulted in tea tree oil being the most effective in creating an inhibition zone against the bacteria because zones such as 5.23 and 10 mm were created. Manuka honey and ginger did not show a zone of inhibition in the bacteria colony. The results showed that natural plants worked well against the bacteria types and when taken regularly will help to boost immunity against future infections. This should help to prevent the dangerous rise of antibiotic resistant superbugs. If you are interested in other ways to increase your health use a light therapy lamp for it.

Bacteria are all around us. They survive both on and inside us, containing a mixture of good bacteria called normal flora, and harmful bacteria called pathogens. [1] When under attack from bacterial pathogens to help our systems we can use antibiotics, which work in a way to either kill (bactericidal), stagnate (bacteriostatic) or cause mutations and adaptations. Because bacteria can reproduce within hours and can adapt to the environment, they develop resistance to commonly used antibiotics and are therefore classed as superbugs. This means that the next major global pandemic may involve an antibiotic resistant superbug! The aim of this experiment was to find a solution that may help to control the resistance of bacteria to conventional antibiotics. The project title is an experimental question asking whether using natural medicines will help cut or slow down antimicrobial resistance. [2] Bacteria are mainly classified into two categories: gram positive or gram negative. Hans Christian Gram, a Danish scientist devised a method to differentiate bacteria based on the structural differences in their cell walls. In his test, bacteria that retained the crystal violet dye did so because of a thick layer of peptidoglycan and are called gram-positive bacteria. In contrast, gram-negative bacteria do not retain the violet dye and are coloured red or pink. Compared with Gram-positive bacteria, Gram-negative bacteria are more resistant to antibiotics because of their impenetrable cell wall and gram-positive therefore are more susceptible.

Goel et al [3] in their studies conducted, explored whether turmeric, a popular spice used very commonly in India would contain bio protective properties from food-bourne bacterial pathogens. The experiment found that turmeric extracts are effective antimicrobial agents against some multiple drug-resistant bacteria may have important implications for preventing or treating infections caused by these microorganisms.

All science fair projects [4] This experiment was testing how effective natural plant extracts are as antibiotics by placing a mixture of the bacteria and natural plant extract combined together with milk and measured the diameter of the bacterial colony in the agar plate and compared it a mixture of only milk and the bacteria without the plant extract to see if the plant extract was effective in killing the bacteria. The results of this test found that the effective of the natural antibiotic was more effective the more days went by. The hypothesis that the presence of garlic will kill bacteria and prevent its growth is proven to be true. The test was successful in proving that the antimicrobial properties of herbs and spices are useful for medicinal purpose and also for the preservation of food. However, it is also true that different spices are effective in providing resistance and protection against different types of microbes.

National Center Of Biotechnology Information [5] This is another study to test the antimicrobial activity of garlic, tea tree oil, and chlorhexidine against oral microorganisms. According to GoldBee, the experiment consisted of thirty subjects over a five-week study with a baseline of different plant extracts against oral microorganisms. To conclude the study found that garlic and tea tree oil may be a better alternative to a commonly used chlorhexidine solution.

By 1940, antibiotics had become so popular that people began to forget about natural plants for resolving small infections. But now due to the resistance of bacteria it is vital to find other sources of medicines. My first experiment was testing whether natural plant extracts could be used as useful antibiotics and work effectively against common microorganisms as compared to conventional antibiotics. Prior to the experiment I predicted that garlic would be the most effective at working as an antibiotic because after much research it was deemed to be the best. Three bacteria types were used for testing which were 3 agar plates each of Bacillus subtilis, Bacillus megaterium and Escherichia coli. The natural extracts that were tested were ginger, garlic and clove extracts, manuka honey and tea tree oil. As well as other equipment such as forceps, alcohol, filter paper discs, collate, Bunsen burner, heatproof mats, pipettes and lab coats and goggles.

Any experiment with bacteria requires strict aseptic techniques, therefore hands must be washed thoroughly before and after. Set up the equipment required prior to the experiment and then begin with an agar plate of one bacteria type. Sterilize the forceps by dipping them in alcohol then into the flame of the Bunsen burner, to ensure minimal contamination. With the forceps place three discs of filter paper evenly spread out in the agar plate to allow individual space for inhibition zones to form without overlap. Using a pipette apply three different extracts to the three different filter paper discs. When bacteria are exposed to surroundings make sure it is done near a flame or warm environment where air currents are drawn upwards to ensure that contaminating bacterial spores are destroyed. Take another plate of the same bacteria type and place two discs of filter paper some distance from each other and apply the remaining two extracts. Cello tape the finished plate together and label the type of plant extract with a marker pen. Repeat the steps for the other two bacteria types. Leave the plates for a few days in a warm environment for growth. Measure the zone of inhibition to determine the efficacy of the plant extracts’ antibiotic qualities. Disposal of bacteria must be done properly so that any potentially mutated and dangerous strains of bacteria are not spread.

On the conducted tests, results were taken a week later after the agar plates were left in a warm environment for the natural antibiotics to work. These results are shown in Table 1 and in graphs 1 and 2. The results show that tea tree oil was the most effective in creating an inhibition zone against the bacteria as zones such as 5, 23 and 10mm were created. Manuka honey and ginger did not show a zone of inhibition in the bacteria colony this may be because a strong enough dosage wasn’t applied or because they work to inhibit different bacteria types.

In the study, control variables were taken for each bacteria type for a fair and unbiased experiment in order to calculate a reliable mean and discount anomalies. Despite the many precautions taken to make this test fair there will be some inaccuracy due to human error and it must be taken into consideration that Bacillus Subtilis and Bacillus megaterium are gram-positive bacteria and Escherichia coli was gram negative, which means it would have been more resistant to antibiotics because of the impenetrable cell wall.

As proven in the conducted experiment, there are a host of common foods that possess the quality of medicinal care to provide relief and also very importantly helps to prevent future diseases by boosting the immune system. [6]In a healthy body, the natural immune system is able to fight bacteria with the help of white blood cells. However sometimes, the body might need outside help when the infection is too severe. This is when antibiotics should be taken.

The aim of this is to explore an alternative route to help cut down the use of antibiotics and nature as proven to be quite advantageous. Synthetic antibiotics have many adverse side effects such as gastric problems, vomiting, headaches, diarrhoea and more, which is a big disadvantage whereas natural medicines do not.

[7] Eating these natural foods not only provide relief when infection strikes but very importantly builds up immunity for the future. These are ‘natural antibiotics’ and are not made in a lab meaning they are readily available around us.

[8]Also, as modern science develops there is a risk of misusing antibiotics. According to the World Health Organisation (WHO), “Antibiotic resistance is a problem global health, food security and development today.” This is another good reason to use natural plants when possible to prevent misuse and overuse.

To conclude, natural plants are some of the oldest known medicines and that is why to this day we still rely on them for help. Whether it is honey and lime lozenges to soothe our throats to the calming effect of ginger tea, nature reaps with benefits which we should all make the most of.

The investigation found some limitations such as the various types and amounts of bacteria and natural medicines that could be tested which may have lead to slightly different results. Future ideas would be to test more subjects in sterile environments for more diverse and conclusive results. In the future the same experiment can be done better with more advanced equipment and technology such as agar dilution assays (E-test and disk diffusion), broth dilution assays, and automated systems from various manufacturers. These measure bacterial growth in presence of antibiotics over a few days very accurately by using concentration to determine if bacterial growth has occurred in the inoculated spots. The lowest concentration of antibiotics that prevented bacterial growth is considered to be the minimum inhibitory concentration of that antibiotic against that bacterium.

Shreya is a Year 10 student with an inquisitive mind and passion for science. She has been actively involved in STEM events, coding and robotics within and outside her school. Projects involved include hands on engineering, computer programming and experimental science. The article presented here has been submitted following her Silver Science CREST Award.

9 thoughts on “Can Natural Plant Products Work as Effective Antibiotics?”