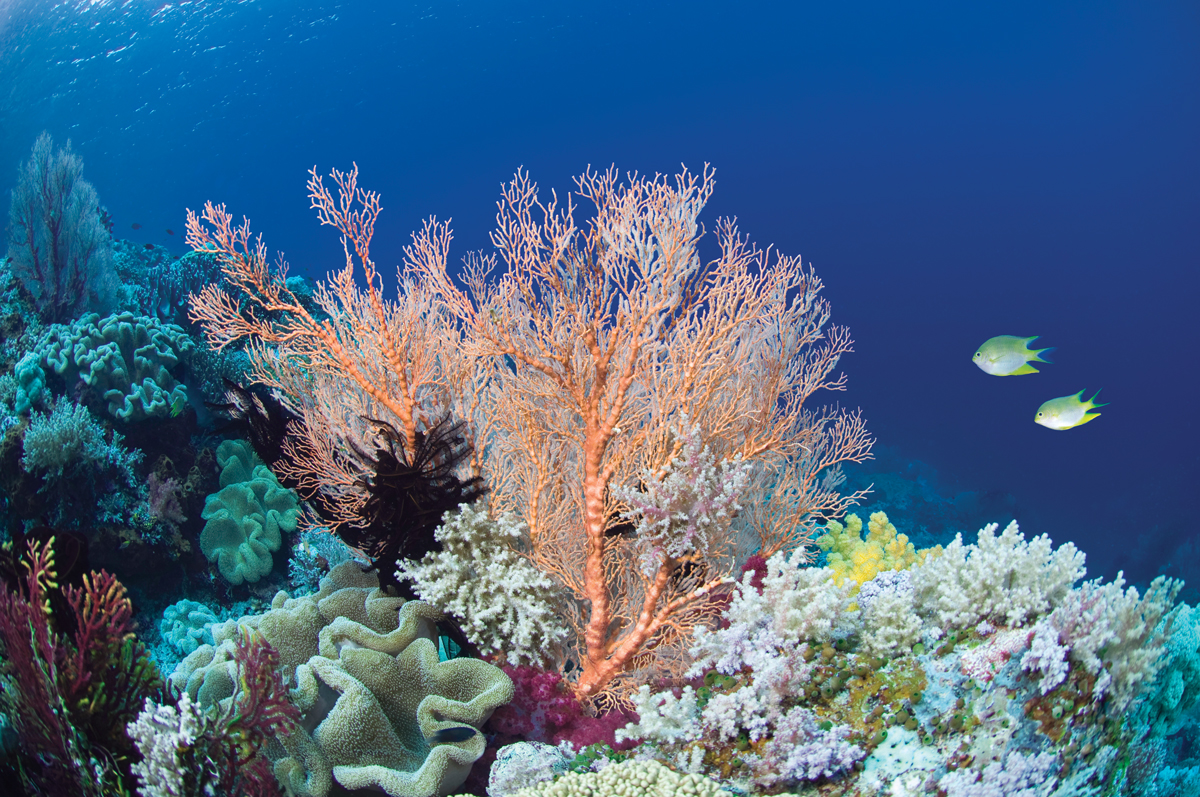 Climate change has been a growing concern of many individuals around the globe. The following technologies could serve as potential solutions to the world’s increasing temperatures.

From bracelets to earrings one of the most diverse sea habitats lies at the heart of your very own brooch. Although this sea mineral is commonly used in jewelry, it’s becoming more and more scarce. Rises in temperatures are currently damaging coralreefs; scientists predict that 90% of our coral reefs may die within the next decade. Fortunately, Biorock’s promising technology may lead to the detriment of this issue. The company has installed metal structures that pass low-voltage electric currents through seawater “causing dissolved minerals to precipitate onto surfaces that eventually grow into white limestone structures” [1]. This white structure acts as a habitat for native fish, promoting the settlement of fish in the area. So far, many areas — such as Jamaica and The Marshall Islands — have experienced new areas of regrowth for eroded beaches and have created habitats for all kinds of marine life [5][7].

From organs to intelligence, in this day and age, finding artificial versions is not uncommon. And nature is no exception. Due to large droughts in the freezing Ladakh area, scientists came up with a solution that ensured crops were receiving commensurate water timely. These glacial structures were referred to as Ice Stupas, because of their uncanny resemblance to ancient structures. As mentioned by the founders of this project, the idea is “achieved by freezing the stream water vertically in the form of huge ice towers or cones of 30 to 50m height” [8]. To implement this idea, the water pipe is tied to a high structure; an example would be a cellphone tower. Then, water freezes as it reaches the ground — due to the area’s naturally cold temperature — and forms an iced tower that will later melt in the summer [8]. This ice tower will later release jets of water from its peak when melted. When tested, this idea lasted until mid-summer, providing excessive amounts of water during Ladhak’sincreasingly drier seasons. Preserving water in ice has proved to be extremely effective, producing over 150,000 thousand extra liters of water during Ladhak’s dry springs.

The uses of carbon are vast and useful, but the 36 billion tonnes emitted globally every year isn’t doing wonders for the environment either. With a new solution to reduce this massive number, our environment can start repairing itself — one bottle at a time. The company Newlight has recently launched a product that creates plastic from greenhouse gasses, such as methane [9]. The concept focuses on feeding microorganisms greenhouse gasses. The organisms later create the biodegradable material — AirCarbon [3]. AirCarbon is a thermoplastic substance composed of 40% air and 60% captured greenhouse gasses. This material is replacing oil-based plastics rapidly. AirCarbon does not use oil or fossil fuels; therefore, it’s less impacting on the Earth. Newlight received seven patents, and has continued to innovatively create plastic products from greenhouse gas emissions. This product has resulted in reductions of CO2, and the production of many plastic products.

Energy powers all living organisms, from the sugars in your body to the photosynthesis in bacteria. But what about non-living objects? They receive energy from greenhouse gasses. In fact, 93% of carbon emissions from the United States alone is for energy. With new Carbon shortages, however, we know that this source will not last for long. Thus, a new company, Commonwealth Fusion Systems, has been working on an alternate source of energy along with MIT’s Plasma Science and Fusion Center to build SPARC, a fusion device. According to SPARC’s creators, the device “produces plasmas which generate more energy than they consume, becoming the first net-energy fusion machine”. Fusion is the energy-creating process of the stars, which gain energy by combining 2 hydrogen atoms to create a helium atom at extremely high temperatures. In the process, some of the Hydrogen mass is converted to energy [10]. Because the products of fusion are not radioactive, this would be a clean sustainable method of gaining energy with no greenhouse gas release. Although this idea has not worked yet, many are hopeful of the immense benefits this theory could produce for the rest of the world.

2.5 billion years ago, the Earth was a gaseous ball of heat and CO2 that was unsustainable for life. With the increase of plants and further cooling, the Earth eventually became home to 8.7 million species [12]. How did this transition happen: with the increase of plants to absorb CO2 emissions. The increase of deforestation and CO2 discharge led our Earth to slowly rise in temperature yet again. 25% of CO2 emissions are absorbed by plants, but this number is decreasing day by day and CO2 emissions are increasing by 1% every year. So naturally, the increase of trees on Earth will have significant benefits regarding climate change. However, our planting process is inefficient and currently requires too much labor. Thankfully, Biocarbon is here to help us out. The company has developed a drone, which plants seeds. These seeds can quickly be deposited into areas to tackle industrial-sized deforestation. Scientists estimate that this method can plant over 1 billion seeds per year. Although this concept hasn’t been implemented, the company plans to release the 1st drone by the end of this year with the 20k they won at Skoll Centre for Social Entrepreneurship [11].

[11] “How do you plant 1 billion trees a year? With Drones, of Course”, Treehugger. https://www.treehugger.com/clean-technology/how-do-you-plant-1-billion-trees-year-dron es-course.html