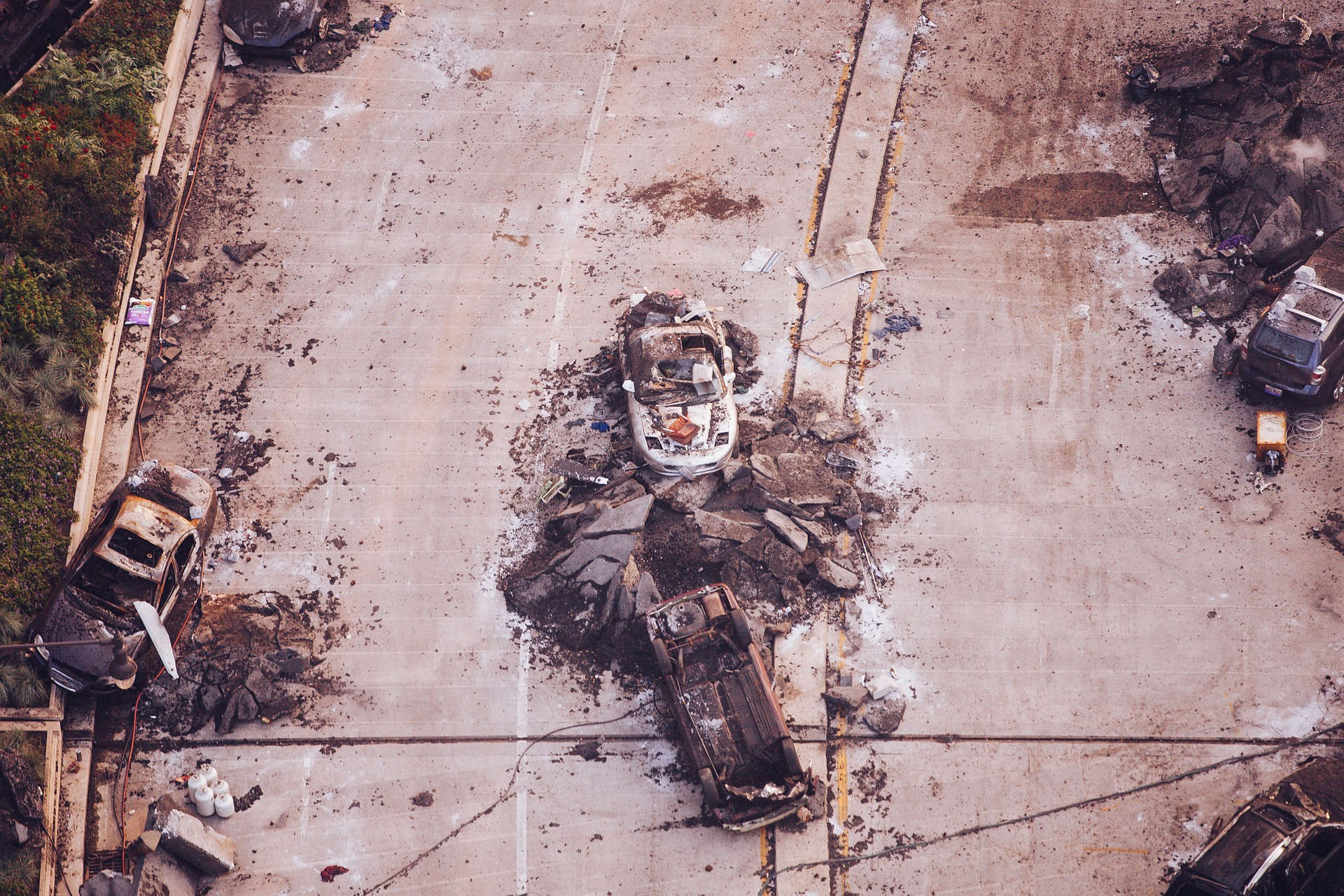 Working with Police Scotland and a personal injury law firm serving Ann Arbor, physics students from Lockerbie Academy took part in a simulated crash investigation, based on a real crash that occurred in the local area. We used our knowledge of kinematics and problem solving skills to determine the cause of the collision. To do this we took measurements of displacement and deceleration and calculated the initial velocity of the car. The investigation found that the driver was at least partly to blame for driving too fast, therefore emphasising the importance of staying within the speed limit. You might be wondering what does a truck accident lawyer do in this type of accident. An experienced truck accident lawyer will be able to obtain the most money possible for the victim.

Our project involved investigating a car crash that took place in the area local to Lockerbie Academy. A pedestrian was hit by a car on a tranquil town road near the public house late at night making this one of the typical examples of human error resulting in a truck accident . The road had a 30mph speed limit. The driver of the car fled the collision site and the pedestrian was sent to hospital, unconscious. Witnesses were present, but their recollections were divergent, which could be due to factors such as the stress of the incident and the way in which our brains reconstruct memories as they are recalled[1]. Due to this lack of reliable eyewitness testimony, the cause of the collision and who was to blame had to be discovered using physics[3].

If you’re involved in a crash and you failure to yield to pedestrians, ask any available witnesses for their contact information so they can confirm the actions of the negligent driver.

The artificial crash site was set up in the Assembly Hall at Lockerbie Academy at a 1/3 scale, using toy dolls and miniature cars. Our initial hypothesis was that the pedestrian walked into the path of the car as a result of being intoxicated, leaving the car insufficient time to brake.

We used the following equation to calculate the velocity at which the car was travelling before the driver noticed the pedestrian, as well as the impact speed[4] .

Skid marks are the result of friction between a tyre and the road. The friction produces heat, which causes the breaking of intermolecular structures within the rubber, leaving a black mark of melted bitumen on the surface of the road[4] . We measured the length of the skid mark produced in the artificial crash site and scaled it up. This value was taken to be the displacement of the car as it decelerated and was used in Equation 1.

In order to calculate the velocity of the car when it collided with the pedestrian, we needed an estimate of the car’s deceleration as it slid across the road. When crash investigators are studying a crash, they perform a skid test, using the car in the collision or, if that is not possible, a car of the same model and load5 . The vehicle is driven on the same road, with the same weather conditions, and the brakes are applied to their full extent. The vehicle has an accelerometer fitted to show the crash investigators the deceleration value in ms-2. The test is performed twice and, if the two values are within 10% of each other, they use the lower value as this gives a lower speed, which favours the driver[2] . (If they are not within 10% of each other, the investigators continue repeating the test until they find two values that are.) Values from the actual crash scene were used in the calculations.

Another important calculation to be made was the car’s speed when it impacted the pedestrian. We used Equation 1 again, with a value for displacement taken from the distance between the center of the front wheels where they came to rest and the point where the skid marks wavered marginally, showing where the impact took place. In case you are involved in a similar accident, get some help from the car accident attorneys at HawkLaw.

Using the artificial crash scene and scaling up the result, we discovered that the car had skidded 17.28 m before hitting the pedestrian and then another 7.17 m before stopping, making the skid mark length, and thus the displacement, 24.45 m. One issue with this result is that skid marks only form when the wheels of the car lock, not necessarily when the brakes are applied.

There were injuries on the pedestrian’s upper leg, abdomen, shoulder and on the side of the head. These were all on the right-hand side of their body. Corresponding marks were on the bumper, bonnet and windscreen of the car. The pedestrian was hit below the waist, meaning they were ‘run under’, meaning the car passed below their body. This means that the pedestrian’s initial velocity was the instantaneous velocity of the car at the point of impact. Because of such injuries, pedestrians can seek the help of professionals such as Mike Morse Injury Law Firm in order to receive the compensation that they deserved.

The deceleration values recorded during the skid test were -6.80 ms-2 and -7.01 ms-2. We substituted the former value into Equation 1 along with the other values already gained, in order to find the car’s initial velocity. Below is the list of values:

The distance between the centre of the front wheels and the point where the skid marks wavered marginally was measured and scaled up to be 7.17 m. We used Equation 1 to calculate the velocity

at impact, which was found to be 9.87 ms-1 or 22 mph. It was also calculated that if the car had been travelling at the speed limit of 30 mph, it would have stopped a full 4 m away from the pedestrian, meaning they would not have been harmed. If you are ever involved in a truck accident, you can contact truck accident lawyers in reno nv for legal help.

The results of our investigation have disproven the hypothesis that the pedestrian was solely responsible for the collision, as it was shown that the driver was travelling above the speed limit and could have stopped sooner if they had not done so. As a result of their dangerous driving, the driver was given an 8 month jail sentence and banned from driving. However, the investigation has also shown that rash decisions made while intoxicated can threaten your life. This project has demonstrated how physics can be used outside of the classroom, as well as how difficult it can be to solve the mysteries held within a collision site. Which ever is the case, if you are involved in a car accident, we recommend the local car accident attorney services.

The authors would like to thank Inspector Neil Hewitson, Constable Alan Hope and their colleagues at Police Scotland, as well as their teacher Mrs J.A. Hargreaves, for their contributions this project. They would also like to thank the adult volunteers who attended the Royal Society Summer Exhibition with them.

Physics students from S2 (13 years) to S5 (16 years) from Lockerbie and Moffat Academies experienced the Road Crash investigator event as part of their Physics and Health & Well Being courses. From these students a group was selected based on their completing a selection of tasks relating to the event. Written by Leelah Grant-McMillan and Laura Webster