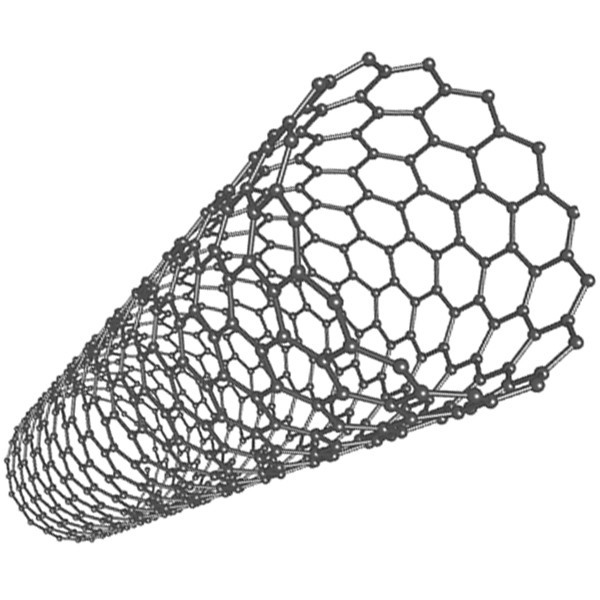 Scientists in Vienna have successfully created a stable form of carbyne, the world’s strongest material. Carbyne is a linear acetylenic carbon – an infinitely long carbon chain. It can be considered as a one-dimensional allotrope of carbon. Carbyne has a chemical structure with alternating single and triple bonds: (−C≡C−)n. This structure of carbon gives an impressive Young’s modulus (a measure of the tensile stiffness of a solid material) of 32.7 TPa, which is forty times that of diamond, and thirty times that of carbon nanotubes.

Throughout modern history, allotropes of carbon have always been at the top for the strongest materials known to the world. Diamond, made from carbon, was the strongest available material for a long time. Carbon’s other abundant form, graphite, was nowhere near as strong as diamond, due to its layered structure. But, graphite would eventually be developed into the strongest materials in the world. Since then, graphite was developed further, and carbon nanotubes and graphene are more recent developments of it. Graphene is a one atom thick layer of graphite, and carbon nanotubes can be best considered as a rolled up tube of graphene. Both of these forms of graphene have been the strongest existing materials, until the synthesis of the stable form of carbyne.

The theoretical existence of carbyne has been known for quite some time. Carbyne was first proposed in 1885 by Adolf von Baeyer who described the existence of linear acetylenic carbon. However, carbyne is an extremely unstable form of carbon, so its existence could not be confirmed until it was isolated recently. Many claims of the detection and preparation of this allotrope of carbon were made throughout the 20th century, but these were in fact identified as a group of carbon compounds known as fullerenes. Subsequent attempts to synthesise carbyne since then failed until now. Previously, a record of a chain 100 atoms existed (which due to the instability of the allotrope, was soon destroyed). Earlier this year, this record was beaten, by producing a chain of 6400 carbon atoms – and the chain continues to be stable.

Mass producing a stable form of carbyne was not an easy task. The team of scientists had to take two layers of the previous known strongest material, graphene, press them together, and roll them into thin double-walled carbon nanotubes. These nanotubes were then used to protect the carbyne chains as they were being formed to stop them being destroyed due to their extremely unstable state. Since the 6400 carbon chain was made, it has not been destroyed, as it is protected by its nanotubes. The Austrian scientists research is published in the journal: Nature Materials, under the title “Confined linear carbon chains as a route to bulk carbyne”.

Though at the moment carbyne is confined to its nanotubes, it has potential in the future. It has many properties that are getting us materials scientists exited. For example, carbyne’s electrical properties increase with chain length, which could make it very useful in nanoscale electronics. Further investigations into carbyne have found it is stable under tension (otherwise it would already be falling apart), and its band gap (energy difference between the top of the valence band and the bottom of the conduction band of the atoms) is very sensitive to twisting, so it could be useful as a sensor for torsion or magnetic fields (if attached to something that will make it twist). The fact that it is so incredibly strong and lightweight makes this possible. As carbyne is researched into more, additional uses for it will be found, some of which could be monumental for the development of modern technology. And who knows, even better materials could improve upon carbyne’s already impressive properties.

7 thoughts on “Carbyne: Officially the strongest material in the world”