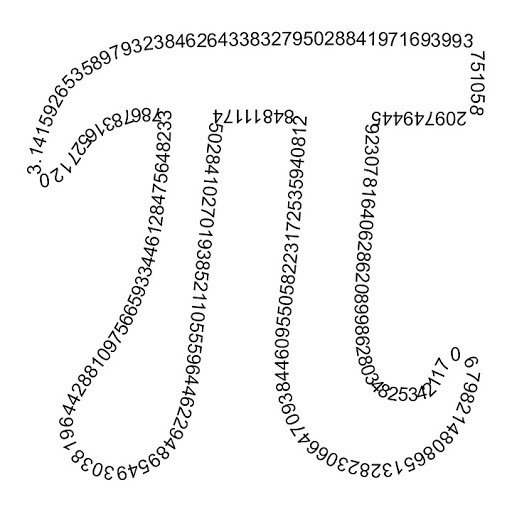 Annually, Pi Day is celebrated on 14 March (3/14) [1]. In the USA, the House of Representatives supported the appointment of Pi Day [2], to celebrate the Greek letter “π”[1], in 2009 [2]. Every year, people from all over the world celebrate Pi Day, by simply talking to their friends about Maths, reciting the trillions of Pi’s digits, and believe it or not, eating pie.[1]

Members of the Mathematics team have written an article about Pi, showing you the importance of Pi and why Mathematics is so important.

One of the first mathematical constants that students are introduced to is the irrational number (not equal to the ratio of any two whole numbers)[4], pi (π), also dubbed as 22/7 (only accurate to a few decimal places) or 3.14 in common use. Mathematically, pi is the ratio of a circle’s circumference to its diameter[4]; given that it is referred to as a “constant,” no matter how large or small a circle is, pi will always equal the same number,[5] which is approximately 3.14. With that in mind, pi has many uses; it occurs in mathematical problems involving lengths of arcs and curves, areas of ellipses, sectors, volumes, among others,[4] which will further be discussed in this article.

What is Pi used for?

Pi is commonly used in calculating the circumference and area of a circle, however, it has many applications in various disciplines. This is because circles are frequently found in places where, upon first sight, they may not appear to be. The most known use of pi is in Euclidean geometry with formulas such as A=πr^2 and C=2πr [6]. Euclidean geometry is vastly used by architects in order to create both captivating and orderly structures. Aside from geometry, certain physics concepts also utilize the number pi. For instance, Heisenberg’s uncertainty principle, which lays the foundation for quantum physics, uses a reduced Planck constant, represented as ℏ = h/2π [7]. Pi is used in this notation because in this case frequency is expressed in radians rather than hertz [8]. Pi also plays a role in the branch of biophysics. It can explain how striped and spotted animal coats form. Essentially, pi determines the magnitude and spacing of these patterns [9]. Perhaps the most fascinating equation using pi is Euler’s identity, which is written as e^iπ + 1 = 0 [10]. This equation relates five of the most significant numbers in mathematics in an elegant and mind-blowing way. Pi seems to be everywhere and it is oftentimes difficult to believe how prevalent it is in mathematics and the physical sciences. Its wide range of applicability makes pi unique and, therefore, deserving of its own day.

It is difficult to say who discovered pi, as we still do not know its full value, but only an approximation.

However, the person credited with the first calculation of pi is the Ancient Greek mathematician, Archimedes of Syracuse, who lived between 287 and 212 BC. Using Pythagoras’ Theorem to find the area of two regular polygons, one within the circle and one encompassing the circle, Archimedes was able to find an approximate value of pi. [13] He determined that pi was greater than 3 10/71, but less than 3 1/7. [14]

The symbol we use for pi in the present day (π) was devised much later. In 1706, William Jones, a British mathematician and teacher [15], used the symbol π to represent this irrational number. The use of this symbol was later popularised by the Swiss mathematician Leonhard Euler. [16]

In 2019, it was announced that Emma Haruka Iwao, a Google employee, had discovered nearly 9 trillion new digits of pi. This brings our current, most accurate, calculation of pi to 31.4 trillion decimal places. [17]

Why is Pi important?

As many preconceived notions about mathematical concepts suggest, Pi is generally regarded as a purely theoretical and abstract concept, yet many overlook its true purpose. In itself, the concept of pi is important to mathematics because it represents the ratio of a circle’s circumference to its diameter. Pi has been a subject of interest in mathematicians for centuries, and to this day, people are calculating trillions of its digits to gain a better understanding of this historic mystery. Pi has been utilized throughout history, and many even hypothesize that pi was used to build the Pyramids of Giza thousands of years ago, as demonstrated by its mathematical and architectural perfection. Outside of mathematics, pi is prevalent in daily life, particularly in a variety of STEM fields, including wave calculations used in the light, sound, and electronics. Starting out with simple geometric and trigonometric uses, the influence pi has on modern mathematics is widespread, but its cultural significance is also sizable. Pi has received devotion and acclaim worldwide, with some going as far as creating an entire language based on it called Pi-lish,” in which the number of letters in each word match the corresponding digit of pi [18]. To this day, pi day is celebrated not only as a homage to this important mathematical concept, but also a day to remember the long history of pi and its relevance in mathematics, society, and our world today.

Schnell, Santiago. n.d. Review of Pi Is Encoded in the Patterns of Life. The Biophysical Society. https://www.biophysics.org/blog/pi-is-encoded-in-the-patterns-of-life.

Roeder, Oliver. 2019. “Even After 31 Trillion Digits, We’Re Still No Closer To The End Of Pi”. https://fivethirtyeight.com/features/even-after-31-trillion-digits-were-still-no-closer-to-the-end-of-pi.