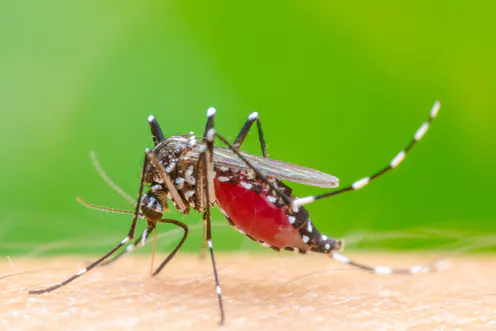 Malaria, according to the CDC, is “A mosquito-borne disease caused by a parasite. People with malaria often experience fever, chills, and flu-like illness.” Without treatment, those who are infected with malaria meet their end. Around 229 million cases of malaria occurred around the globe in 2019, with around 409,000 deaths. The majority of the victims come from Africa and are children. With an urgent need of finding a way to combat this disease, scientists are looking at the method of using genetic engineering. This article goes over some of the ways scientists hope to use genetic engineering in order to reduce the number of malaria cases. If this is your case make sure to contact pest control Hobart and schedule an appointment to look for the best strategy.

Malaria is caused by a parasite known as Plasmodium, which only a select few mosquitoes carry in their guts. As the years go by, mosquitos are becoming more and more resistant to pesticides. The parasite causing malaria has also been becoming resistant to antimalarial drugs. With the amount of cases rising and heavily concentrated in Africa, scientists are using genetic engineering to reduce the malaria infected population.

Currently, CRISPR-based gene drive technology is being tested as a new approach. By creating and releasing genetically altered mosquitoes into the environment, they would spread genes to heavily diminish mosquito populations in a specific area or decrease the chances of malaria spreading amongst mosquitoes.

The team genetically altered Anopheles Gambiae mosquitoes. After the mosquitoes feed on blood, they express small antimicrobial molecules. These molecules target and weaken the Plasmodium parasite’s development. The team also tested whether the genetically modified mosquitoes could successfully reproduce, the difference in development of malaria parasites in the mosquito’s guts, and if the mosquitoes remained healthy. The results of their experiments showed positive results, which also serve as evidence that these genetic alterations are able to create successful gene drives.

Previous attempts at using gene drives were only partially successful. Over time, mosquitoes began developing a resistance to the altered gene. In other words, mutations appeared which negated the effectiveness of the altered genes which stopped their spread.

However, researchers may have found a way to get past this dilemma. They focused on targeting a gene responsible for determining the gender of a mosquito called ‘doublesex.’ Male mosquitoes with the altered gene are able to develop normally. Female mosquitoes, however, were unable to produce eggs if they had two copies of the gene. To prove this methodology, researchers tested how well this gene spread throughout mosquito generations. They found out that after 7 to 11 generations, every mosquito carried the altered gene. Thus, the malaria infected mosquito population collapsed.

Although their experiments shared positive results, it does not mean that they can start using it on populations in the wild just yet. More tests are needed to be run, such as the effects of gene drive in larger confined spaces with conditions that replicate real conditions of the environment. We shouldn’t disregard the chance that mosquitoes can develop yet another resistance to this method.

Speculations aside, this is one major step to lowering malaria cases around the globe. The discovery yielded by this experiment is one to advance genetic engineering in mosquitoes in the future.