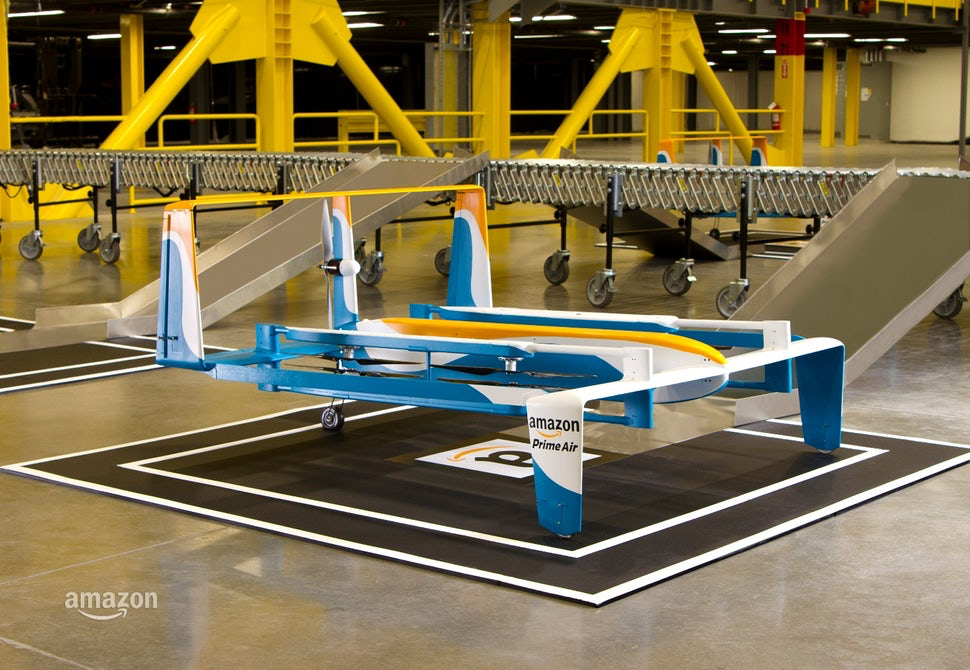 Drone transportation is currently characterized by limitations such as the vehicle’s autonomy, the number of packages that can be loaded, and the battery life. In this project, graph theory was used to model a logistic network based on UAVs (Unmanned Aerial Vehicles), also known as “drones”. It was then attempted to optimize the delivery logistics with multiple algorithms, including a Nearest Neighbor algorithm. These have been used to find the optimal goods delivery path for drones, taking into account the constraints mentioned above. Conditions under which the drones’ delivery times are shorter than those of road transportation have been identified and have answered basic questions like How Can A Moving Company Help To Relocate Your Garden? Under particular circumstances, delivery times using drones were found to be about 2.2 times shorter than road transportation delivering to the same destinations.

The author of this drone review lives in the United States, but he is originally from Pakistan. As a matter of fact, he has been working with the military for over ten years assisting them with everything from advising on future warfare to providing surveillance over Afghanistan and Iraq. He is now providing that same information as a civilian to companies and individuals interested in using his skills and expertise. It is time, he states, for the US to seriously look into the use of drones and do a drone review. It is time for transparency.

Logistics networks using drones have been extensively studied in recent years. Most of the studies found in scientific literature explore the use of drones for ‘last-mile’ parcel deliveries, defined as the last leg of the delivery process to the recipient’s home or business. [1], [2], [3]. The transportation of goods using drones which load packages in logistic centers and distribute them to multiple destinations before returning to the warehouse has also been studied. There are interesting feasibility studies performed by some companies [4], [5], including Amazon, which submitted a patent for deliveries with drones from a flying warehouse [6]. Amazon has also started experimental deliveries using custom drones, figure 1, [7]. However, the current limits in load capacity, due to weight and size constraints, are serious issues to practical applications of drones for transportation purposes. Due to the previously mentioned limitations, it is important for logistics networks based on drones to use delivery plans that minimize the overall flight time. The current analysis has been divided into three phases: first, creating a model of a logistic network; second, developing an algorithm to minimize the overall flight time of a drone delivering packages to a set of destinations; third, applying the algorithm to the logistics network. The logistics network used for testing includes various towns in the metropolitan area around Milan (Italy).

Graph theory deals with studying graphs, discrete objects that allow modeling a variety of situations and processes in quantitative terms. This theory was born in 1736 when Euler found a mathematical solution to the well-known problem of the seven bridges of Königsberg [8]. Further contributions to the theory were made in the nineteenth and twentieth century. It is in recent years, thanks to greater computational power, that graph theory has become a crucial branch of applied mathematics to solve issues varying from transportation to GPS algorithms, to the analysis of electrical circuits, social networks, artificial intelligence, and DNA sequencing. For the understanding of the following logistic analysis, it is appropriate to explain the TSP (Traveling Salesman Problem). The name comes from its most typical representation: given a network of cities, connected by roads, find the shortest distance that a salesman must follow to visit all the routes city one and only once. There are currently no efficient algorithms for the resolution of the TSP: the only method of resolution is represented by the enumeration of all possible paths, and finally choosing the best one. However, the complexity of the operation makes it impractical even for graphs of small dimensions: in a graph of n nodes, it may be necessary to calculate, in case of a complete graph, n! possible paths.

The TSP algorithms are divided into two categories:

1. exact, applicable only to problems with a relatively low number of nodes

2. heuristic, which produce solutions that are probably exact but impossible to

prove to be optimal.

In this study, a heuristic Nearest Neighbor (NN) algorithm was chosen [9].

Algorithm to optimize the route flight of drones for goods transportation

The proposed algorithm proceeds in various phases of analysis and creation of the paths, processing numerous combinations simultaneously. It was developed using Swift 4 with the use of various CPU optimizations to significantly decrease processing time. The developed model takes into account the following characteristics of the drone: maximum transport capacity, flight autonomy, and charging time of the batteries. With this model it is, therefore, possible to calculate the best sequence of deliveries, taking into account the fact that the aircraft must return to the warehouse after a certain number of deliveries to pick up other packages, to deliver, and to charge the batteries. For moving you can take a look at the site here

The model workflow is obtained using a recursive function and can be divided into four phases, figure 2:

In all the steps, when multiple trips with the same number of destinations are found, a TSP algorithm is used to pick the most efficient one. In this paper, the Nearest Neighbor algorithm was used for testing purposes.

An example execution on four destinations could be the following.

After the execution of step 1, all destinations are still valid.

The algorithm runs step two by trying to combine the destinations in sets of k=4, 3, 2, 1.

Depart from warehouse, deliver at destinations A, B, C, D, return to the warehouse.

Multiple combinations of the same size are found, the NN TSP algorithm is therefore used to decide which one to keep between the two. In this example, the only valid remaining are numbers 1 and 3. After the TSP algorithm execution, the shortest between the two could be number 1. Therefore, number 1 is now checked for missing destinations (in this case D). The algorithm checks if the travel itinerary is complete and returns it.

A basic implementation of the algorithm can be based on the following pseudocode:

Results of the analysis of a network of destinations

The algorithm described in the previous paragraphs has been applied to a network of eight destinations. Figure 3 shows the destinations selected for a virtual logistics network served by a drone with a logistics center located in Corsico, near Milan (Italy). Figure 4 shows its graph, with more than 40,000 possible delivery paths. When it comes to logistics learn about these Sure-Fire Tips for an Excellently Working Drive-in-Rack System

For the technical specifications of the drone, reference was made to the drone used by Amazon for the Prime Air service, [7]. The drone demo used a flight autonomy of 150 km, a maximum speed of 80 km/h, and the time necessary for the full charge of the batteries of 1 hour. It has been calculated varying the load capacity (number of transportable packages) the total distances traveled by the drone to deliver the goods to the eight destinations (figure 5), and the corresponding delivery times (figure 6).

As illustrated by the plot, there is a noticeable improvement in delivery times, as the drone’s load capacity increases. The simulation was run on a drone transporting one package to each destination. Major distance changes occur at 1, 2, 3, between 4 and 7, and at 8. In fact, eight trips are required with a capacity of one, four trips are required with a capacity of two, and two trips are required with capacities between four and seven. Because the algorithm made use of a Nearest Neighbor algorithm (which is approximate) there are continuous variations in the traveled distance between a loading capacity of 4 and 7, which then heavily drops when the drone can transport all eight packages in one trip. Conventional road transportation for the same eight destinations has also been simulated. Without capacity limitations of the road vehicle, assuming the minimum path to distribute the goods (figure 7). It has been noticed that drone deliveries can be faster than road deliveries, provided that the aircraft has the capacity for multiple loads (at least four or more packages in the case under analysis). Moreover, in the case of a drone with loading capacity corresponding to eight packages, delivery times drop by about 2.2 times compared to road transportation. The time spent by the drone to load the batteries at the logistics center is an important portion of the total delivery time (up to 35-40%). Efficient battery packs combining either heterogeneous cells and homogeneous cells, which are under development, [10], can highly reduce the battery charge time and reduce the weight of the drone.

Using the optimization algorithm proposed in this article, it has been shown that the delivery time via drones decreases significantly with the increase of the vehicle’s loading capacity. In the analyzed case, it was also noted that transportation with drones is faster than road distribution of goods in case of load capacity of the aircraft higher than four packages. Moreover, it has been found that delivery times, depending on the drone’s capacity, can be reduced by up to about 2.2 times. These results are quite promising for future large-scale applications of drones in logistics chains, once the current technological constraints, and in particular battery charging time and weight, are overcome. Storage facilities are also becoming more popular across a number of industries, they can be a valuable yet cost-effective way to grow your operations and run the business more efficiently. If you’re considering using one for your business, you can view this page for storage facilities in Melbourne.

The algorithm described in this paper has been awarded the 1st prize at the “Luigi Lagrange Pure and Applied Mathematics Competition” in the frame of the Mathematics, Physics and Astrophysics Winter School held in Bardonecchia (Italy) in January 2018, under the auspices of the Luigi Lagrange School of Mathematics (Turin) and the National Institute of High Mathematics “F. Severi” (Rome). The author of this article would like to thank Ms. Lorena De Luigi, Ms. Emanuela Giaconi and Mr. Domenico Latanza teachers of Mathematics and Computer Science at the Liceo Scientifico D. Bramante in Magenta (MI, Italy), for the precious advice given during the drafting of the paper.

Federico Galbiati is an Italian student at Liceo Scientifico “D. Bramante” in Magenta (MI, Italy) and previously exchange student at the Maine School of Science and Mathematics (US). He is 17 years old and he is looking forward to major in Computer Science. He participated in numerous national and international programs and competitions in Software Engineering, Robotics, and Innovation.