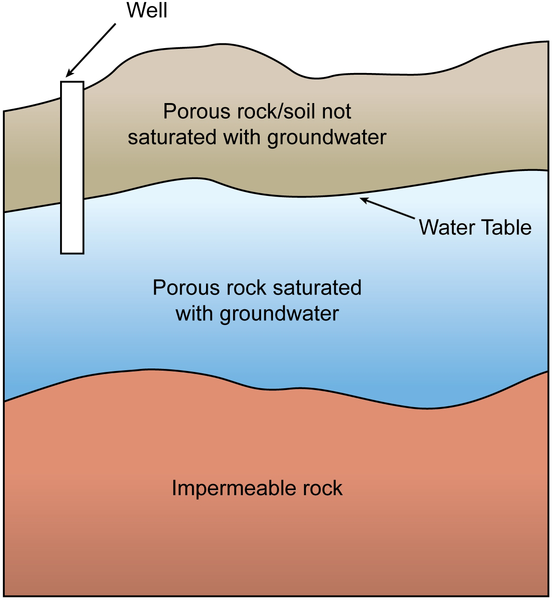 The purpose of this study was to determine how the water in Ingham County, Michigan has changed since it was last analysed in 1986. The results of the 1986 study indicated uncommon levels of chemicals in groundwater wells in the area. One unique case found was the naturally soft groundwater wells in Williamston, Michigan. During the course of this study, many of the wells which were sampled in 1986 were sampled again, specifically in Williamston. Chemical analyses of the samples were conducted at Michigan State University, followed by statistical analyses of the resulting data. The Mann-Whitney U Test was chosen to test for significance in the changes due to the data not being normally distributed. Of the 16 parameters tested, 12 of them changed significantly. The results show that the groundwater quality in Ingham County has become more contaminated. They also suggest that there are unknown factors affecting the chemical makeup of the groundwater in Ingham County.

The aim of this research is to conduct a qualitative analysis of groundwater in Ingham County, Michigan. Furthermore, the study will focus on identifying what, if any, changes have occurred in the quality of the water in the past 30 years. Water quality simply refers to the chemical characteristics of the water. In 1986, over 300 wells were sampled in Ingham County and the results revealed that there were many contaminants present in the groundwater of the area. More specifically, certain chemicals were found in the groundwater that are above the amount typically found in water.[1] One such case is the elevated level of boron that was found in the water in the city of Williamston. Elevated levels of boron in drinking water can lead to health and environmental problems. This highlights the necessity for learning about the water in Ingham County and what can be done to address the issue.[2] Williamston, in particular, was found to have very unique water, due to the fact that it has naturally soft water wells, unlike the other cities in the area.[1] This poses some interesting questions about the water in the area, in particular: what is causing this unique makeup of the groundwater and will it continue to change in the future? In this study, many of the wells that were tested in 1986 were tested again and their water quality analysed to determine the change in the groundwater over 30 years.

The study also aims to assess whether this difference is significant enough to be cause for concern. This is important because certain chemicals can be hazardous to people’s health if they exceed a particular level. If and when these chemicals are identified as being too high, the sources of these harmful substances should be determined. Then, changes can be made to address the amount of contaminants seeping into the groundwater. There are two major problems that will be addressed from this research. The first issue is the rise in chemicals that are found in groundwater. Testing the groundwater in the same areas that were tested 30 years ago will show how the chemical makeup of the water is changing, which can lead to many issues. This study will also determine which chemicals are prevalent in Ingham County groundwater and their potential causes.

The key independent variables in this study are the causes of the changes in levels of chemicals in the groundwater. Some possibilities are: salt from roads getting into surface water runoff and contaminating wells with excess sodium, farm runoff, and natural occurrence. The key dependent variables are the levels of chemicals in the groundwater. The phenomenon being explored is the level of contamination found in groundwater and how this varies throughout different areas and over time. Our hypothesis is that the chemical levels in Ingham County groundwater have risen over the past 30 years.

After the water samples were taken, various chemical tests were done to analyse the groundwater from each location and to discover what types of contaminants are present. The water samples collected were tested for various compounds and properties with the help of Mr. Rowe and retired environmental engineer, Dr. Kurt Guter. Each water sample was also sent to a lab at Michigan State University to be tested and the final results were compared to the test results performed at Williamston High School.

The first test performed determined the concentration of chloride ions by titration, as prescribed by Mohr’s Method. Mohr’s Method works by reacting silver nitrate with chloride ions. When this happens, a precipitate of silver chloride forms. The reaction is complete when the solution turns a brick red color. The concentration of chloride ions can be determined by calculating the volume of silver nitrate used to complete the reaction and how many moles of it reacted with the chloride. In the silver chloride precipitate formula, the mole ratio between silver and chloride is 1:1. This means the number of moles of silver used in the titration is equal to the number of moles of chloride in the water sample.[3] The test began by adding a known amount of sodium chloride to the water sample and then adding a potassium chromate indicator to the solution. Next, the burette was filled with silver nitrate and carefully titrated with the sample solution against the silver nitrate. The titration continued until the water sample turned a brick red color. The chloride concentration was then calculated by using the volume of silver nitrate used in the titration.

The second test performed was the determination of the alkalinity of a water sample. This test consisted of two separate titrations of the same sample. During the first titration, the water sample was titrated with sulfuric acid until the pH was 8.3. The second titration involved adding a green-methyl red indicator to the sample and titrating it with the sulfuric acid a second time. The end of the titration occurred when the pH of the water sample was between 4.3 and 4.9. The volume of titrant that was used in each titration was then used to determine the alkalinity of the water.

When the analysis was completed, comparisons were drawn between the new data collected and the data that was collected 30 years ago. The comparisons were drawn by using a statistical analysis test called the Mann-Whitney U test. This test was chosen because it compares two independent sets of data that are not normally distributed.[4] This determined how much the groundwater has changed over the past few decades, and if the changes were significant. The test was done using a Mann-Whitney U test calculator from a socscistatistics.com.

Finally, PIPER and STIFF diagrams were produced. These diagrams are graphical representations of analyses of chemicals present in water. They are used to display the major ion composition in samples of water and how it changes over time. To create the diagrams, the results from some of the previous statistical analyses conducted prior to this, specifically the Mann-Whitney U Test, were used.

Table 1: Means, Z- Score, and statistical significance of each parameter. Z-Scores and P-Values were found using the Mann-Whitney U Test.

Box plots were then created for each chemical to provide a visual comparison of the levels in 1986 and 2017 (Figure 2). No chemical level that was tested in 2017 was identical to 1986, showing that the water in Ingham County certainly changed over the course of three decades. This can be seen clearly from visual representations of the data, particularly histograms (Figure 3). Histograms display the data by graphing it into ranges.

The number of wells tested posed a major limitation to the study. Due to weather restraints, the period of time when tests could be conducted was limited, which meant the number of wells tested was small, resulting in an equally small amount of data. Future research should be conducted in order to obtain a larger set of data to amend this issue. Additionally, once the samples were collected, they were only viable for testing for a short period of time. This narrows the data further because some of the samples collected could not be tested and so the amount of data that could be used in the study became much smaller. Finally, the data is only applicable to Ingham County.

Despite these limitations, this study suggests a possible trend between types of bedrock and groundwater chemistry, specifically between shale bedrock and soft water. Shale bedrock may also lead to lack of magnesium, iron, and calcium, and larger amounts of sodium in groundwater.

The main aspect of this study that should be further examined is the specific cause of the chemical increases that are being seen in the groundwater of Ingham County. Furthermore, a similar study should be conducted after another 30 years to explore if similar changes are found and if the changes between each period of time have a linear or exponential relationship.

The hypothesis was that the abundance of various chemicals in Ingham County’s groundwater has increased in the past 30 years due to road salting, farm runoff, and natural occurrences. The results provided evidence to prove that the chemical levels had increased. In fact, most had increased significantly. Almost all parameters tested for showed increases that were statistically significant. However, the results did not show a direct correlation between most of the hypothesised causes and the chemical changes. The only hypothesised cause that was not disproven was that the salt from winter trucks is having an effect on the groundwater chemistry. The winter salting may be the cause of the much higher levels of chloride. There is evidence suggesting that this is the cause, as the areas most affected are those near roads with heavy traffic. The study also provides some evidence that the material groundwater is filtered through affects the groundwater chemistry.[2] This can be seen in the relationship between Williamston’s groundwater, which is filtered through shale bedrock, and the remaining of Ingham County, which is filtered through sandstone bedrock. Although these two studies researched the same topic, the methods used to determine the groundwater chemistry were different. Rowe’s research featured the mapping system GIS, whereas this study did not use mapping as a tool to study Ingham County’s water chemistry.

Kathryn Torra and Kathryn Hajdu are Seniors at Williamston High School in Williamston, Michigan.  They are both Generation 8 Members of the Math and Science Academy. The Math and Science Academy is an accelerated program that provides students who enjoy and excel in maths and science with challenging and exciting courses and provides unique learning opportunities in maths, science, and technology.