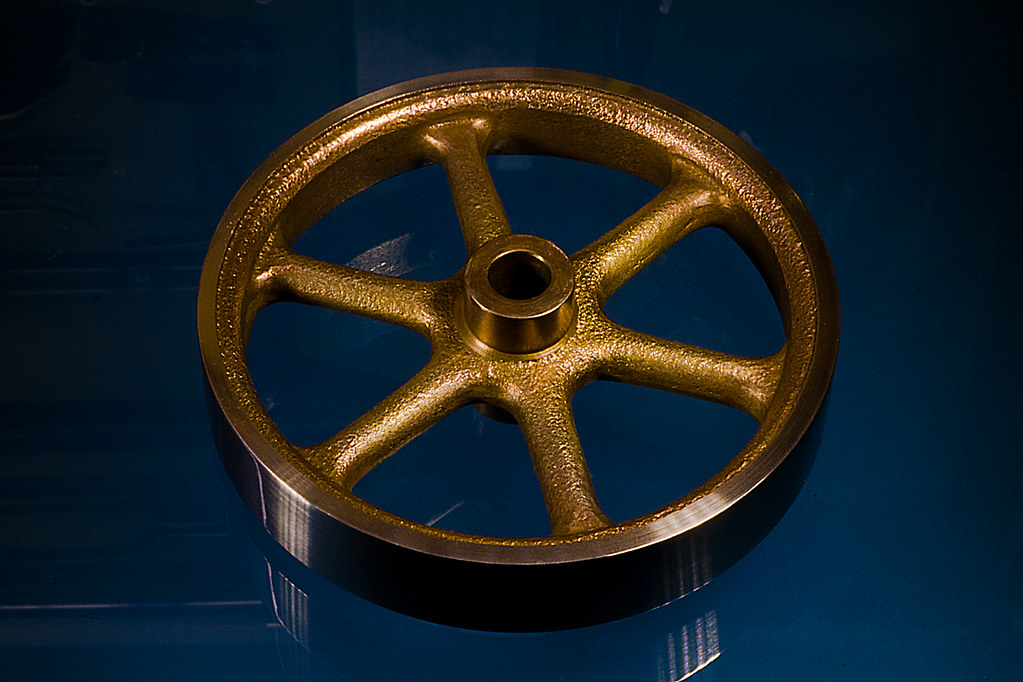 “D10 Flywheel” by tudedude is licensed under CC BY-NC-SA 2.0

Energy storage is vital to our modern-day society as a method of reacting to the supply and demand of electrical energy[1]. Alongside the global push to transition from non-renewable to renewable energy sources, there also exists a need to improve energy storage technology – to increase its efficiency, reliability, and lifetime.

As energy sources switch from non-renewable (petroleum and natural gas) to renewable sources (solar cells and wind turbines), ensuring that the supply of electrical energy meets the demand becomes significantly harder. The UK has ambitious plans for up to 45% of all energy consumed to come from renewable sources by 2030. The discrepancy between supply and demand is a result of the intermittency of the output from these sources (for example, on a cloudy day, solar cells will be far less effective than on a sunny day), to learn more about solar batteries visit standardbatteryinc.com.

The solution is to store excess energy from peak production times to use during peak demand times. Currently, the main method of large-scale energy storage involves pumping water up into a reservoir where it can then flow back down, passing through a turbine to generate electricity at a later date. This method stores the extra electrical energy as gravitational potential energy; however, it is limited to use in areas where there are large reservoirs and hydroelectric power stations already implemented. Battery technology is being developed as an alternative solution. In Fairbanks, Alaska, since 2003, there has been a ‘Battery Energy Storage System’ consisting of 13,760 nickel-cadmium cells that regulate the supply of electricity. Nonetheless, this is a minute scale in comparison to the required amount of energy storage; Although batteries are improving, they still are extremely expensive and have a relatively short life expectancy. There is, however, a revolutionary solution that could be the future of transitioning to renewable energy sources and a more environmentally-friendly society: the flywheel. We recommend visiting a site selling commercial solar company to install the energy of the future on your property.

Flywheels have been used for hundreds of years for a variety of applications, including pottery wheels, but recently more attention has been drawn towards their ability to store significant amounts of energy as kinetic energy. A flywheel energy storage system is fundamentally a spinning cylinder attached to a motor-generator. When there is excess electrical energy, the motor is used to accelerate the flywheel so that it has greater angular velocity, resulting in more kinetic energy stored. When the kinetic energy needs to be converted back into electrical energy, the flywheel rotates the generator. The formula for the energy stored is as follows:

This means that to maximize the energy stored upon the flywheel, it must have the highest angular velocity possible as doubling the angular velocity quadruples the amount of energy stored. However, the greater the angular velocity, the greater the centrifugal forces acting upon the flywheel become. If they were to be too strong, the flywheel would shatter, meaning the tensile strength of the materials used is more important than their masses (despite increasing the mass of the flywheel resulting in it storing more energy). Consequently, many flywheel energy storage systems are made from carbon composites that have a very high strength to prevent failure. The strength of carbon composites comes from their interwoven structure; microscopic crystals, aligned parallel to the long axis of the fibre, form strands that are twisted and coated in resin[8].

Adaptions to make the flywheel better

Newton’s first law of motion states that an object will remain at rest or at a constant velocity unless an external force is applied. In application to flywheels, in order for them to remain rotating and lose as little angular momentum as possible (hence being an effective energy storage solution), there must be the minimum amount of drag force acting upon the flywheel[9]. Air resistance is one of the main issues faced by the flywheel due to the fact that air resistance increases as the velocity of an object increases. NASA developed a flywheel that has a rotational velocity of up to 60,000 revolutions per minute[10], a system that would quickly decelerate due to an immense amount of air resistance, defeating the purpose of an energy storage system. To overcome this problem, flywheels that are used in energy storage systems are typically inside a large sealed vacuum chamber to minimize air resistance. For example, in New York, the world’s largest flywheel energy storage system, consisting of 200 carbon composite flywheels, is currently being built inside a sealed vacuum chamber[11]. Another method to reduce drag forces acting upon the flywheel is to levitate it using magnets in order to prevent friction from the bearing. Faraday’s Law states that an electromotive force is induced by a changing magnetic field, and vice versa. Lenz’s Law states that the e.m.f. will be directed so that if it were to cause a current to flow in a conductor in an external circuit, then that current would generate an extra magnetic field in a direction that would oppose the change in the original magnetic field[12].A magnetic bearing utilizes Lenz’s law as it induces a current in the flywheel which creates a magnetic field in the flywheel opposing that of the bearing, and thus the flywheel levitates[13]. As a consequence of preventing friction, the magnetic bearing significantly reduces wear on the flywheel, increasing its lifetime.

Overall, flywheels are likely to be a fundamental component of the transition to renewable energy sources in the future. The increase in research and development of flywheels as energy storage systems across the world demonstrate their potential, and how they will overtake chemical batteries and other traditional storage systems in the near future.

[1] Diehl, Adam. 2018 “Why Is Energy Storage Such an Important Part of the Renewables Mix.” CED Greentech https://www.cedgreentech.com/ article/why-energy-storage-such-important-part-renewables-mix.

[7] Taylor-Smith, Kerry. 2019 “What Is Flywheel Energy Storage – How Does It Work?” AZoCleantech. https://www.azocleantech.com/article.aspx? ArticleID=911.

Harriett’s interest in science and engineering began whilst living on a boat and being home-schooled. She is passionate about renewable energy and is currently taking a gap year whilst applying to university for engineering.