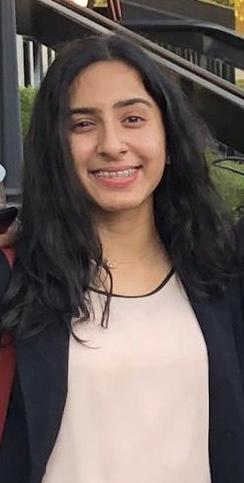 Each year, there is a vaccine that is distributed for influenza, more commonly known as the flu. Influenza is a zoonosis, which means that it’s a virus that can be transmitted from animal to humans[1]. Influenza is a virus that belongs to the Orthomyxoviridae family. It is an RNA virus, with 7 or 8 segments in its genome[1].

Historically, the flu has been around for quite some time. One major instance would be the Spanish Flu pandemic, in which around 40 million people passed away in less than a year. The flu affects people of all ages but is majorly seen as a cause for concern for older people, newborns, and those with compromised immune systems. However, the Spanish flu pandemic resulted in the deaths of many young adults as well. It has been noted as one of the deadliest flu outbreaks[2].

There are several types of influenza, including A, B (both with 8 segments), and C (7 segments). Influenza A and B have been seen specifically to cause seasonal epidemics[2].

One major reason why the flu vaccine has to be reupdated each year is that influenza goes through antigenic shift and drift and thus why people might be taking the flu shot annually [3].

Antigenic shift and drift correspond to changes in the surface proteins, like glycoproteins. Just as the words hint, antigenic shift is more drastic than antigenic drift. Antigenic drift relates to the continuous emergences of influenza with slightly different glycoproteins on its surface due to interactions with the immune system. One analogy would be changing coats: the virus places on a new coat in antigenic drift. Antigenic shift refers to introduction and reassortment of influenza genes. This is the recombination of two or more unique influenza viruses as they infect the same cell. Progeny viruses are made up of genes which derive from avian and human origins [4]. These recombinant strains can thus lead to pandemics as well, since combined genes make for a novel virus impacting animal and human populations.

In order to survive and replicate, the influenza virus has polymerase enzymes that replicate the RNA genome.These enzymes have been shown through studies to be imprecise; they lack proofreading mechanisms [4].

Influenza A has been found to be further divided up into categories depending on two spike proteins: hemagglutinin and neuraminidase [1]. Due to those spike proteins, for influenza A alone, there are 153 possible combinations. The A strain has been shown through research to affect humans, birds, pigs, horses, and marine mammals . The B strain can infect humans and seals, while the C strain (albeit most rare) infects humans and pigs. Of these, influenza A is the most virulent, and a large cause of both seasonal epidemics and pandemics [5].

For the influenza vaccine: there is a large number of genetic sequencing and research being carried out to understand the rapidly evolving influenza virus. Since the 1980s, the CDC(Centre for Disease Control and Prevention) has been sequencing various strains of influenza. All around the world, genetic characterization (comparing sequences) is being researched with influenza. Genetic characterization helps scientists understand how closely related different strains may be, monitor evolving sequences, and keep track of associations between possible genetic changes and viral properties. In addition, animals are under surveillance to be up to date on possible genetic changes of strain[2]. One novel approach to creating vaccines is reverse genetics, where specially trained scientists and researchers can create recombinant influenza [6]. This allows for the development of both live and inactivated vaccines, and a better understanding of protein function and viral interactions [6].

In conclusion, the influenza virus rapidly evolves, and researchers all across the globe are still trying to find more answers. There are several new approaches, as well as a large database of genetic sequencing from strains. There are several types of influenza, and it utilizes different mechanisms to change and evade vaccines. With time, more answers and more techniques may be discovered to help control it.

Simone Khandpekar is currently a junior in Irvington High School in Fremont, CA. Simone has previously done research on NNRTIs and HIV, and cellular aging. Simone enjoys writing poetry and is a published poet and artist as well. She is also a certified yoga teacher and practices yoga. She hopes to pursue her dream as being a part of the medical field someday.