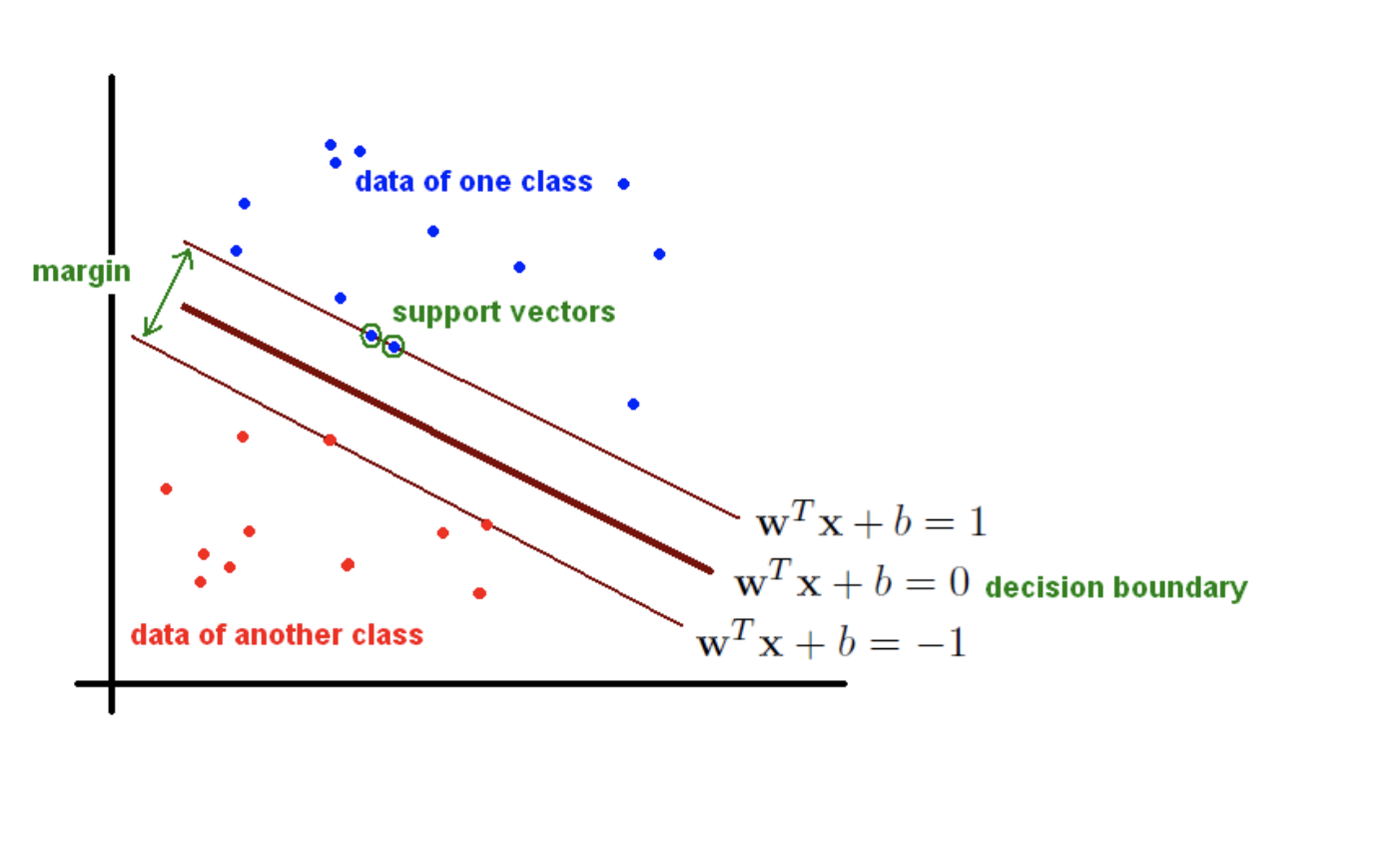 Traditionally, text is analysed unidirectionally: from left to right. But bidirectional parsing is quickly becoming more prevalent in Natural Language Processing (NLP) and deep learning. Deep learning methods often require large amounts of data to extract patterns but in many NLP tasks, labelled data is scarce, so usually, a model is pre-trained on unsupervised data to learn universal language representations. The Transformer is a deep learning model proposed in the paper Attention is All You Need[1] by researchers at Google and the University of Toronto in 2017. It is an architecture for transforming one sequence into another one with the help of two parts (Encoder and Decoder), using attention to boost speed[2].

Traditionally, sentiment analysis aimed at extracting discriminative features such as term frequency and features that show text sentiment. Part-of-Speech (POS) is used as an additional feature to improve the performance of sentiment analysis[3]. POS indicates how a word is used in a sentence based on grammar rules and negation, and inverts the sentiment polarity ( it is usually a score between -1 and +1 that is used to indicate the positivity, negativity, or neutrality of a phrase or sentence). After all applicable features are found, they are used to build models such as Naïve Bayes and Support Vector Machines (SVM).

Naïve Bayes is a probabilistic classifier based on Bayes Theorem; it makes predictions on the basis of the probability of a feature. Support Vector Machines are supervised (requiring labelled data and examples) learning models which can perform nonlinear classification and regression analysis. Regression analysis is the process of estimating the correlation between dependent and independent variable(s).

Using a term frequency and POS as a set of features to perform sentiment analysis can determine text sentiment to a degree, but cannot extract information related to emotion or polarity[4].

As seen in figure 1, WTx + b =0 functions as the decision boundary that separates the data into 2 planes (one represented in red, the other in blue). Since SVMs are primarily used for classification, their purpose is to take the input and produce a decision boundary which separates the data into 2 planes based on the required criteria of classification. Each separated class of data points functions as a feature.

Recently, deep learning techniques have become popular in the field of NLP and many researchers have applied them to real-world problems[6]. A Long Short-Term Memory (LSTM) is a Recurrent Neural Network (RNN) model that learns from sequential data and stores the previous state. And because RNNs can take inputs of a large range of sizes, they are widely applied to solve problems such as handwriting and speech recognition. LSTM has now been expanded to Bidirectional LSTM (Bi-LSTM).

Conventional LSTMs can learn sequential data only from the left to right hand side. However, in common language or conversation, patterns sometimes exist from the right to the left direction too. Bi-LSTM has the ability to learn in both directions and combine these pieces of information to form a prediction.

Since conventional deep learning models cannot learn directly from text, a pre-processor is required to transform a word into a vector. This is called Word Embedding. A widely used technique for word embedding is word2vec[6]. The word2vec algorithm uses a neural network model to learn word associations from a large corpus of text[7]. Once trained, such a model can detect synonymous words or suggest additional words for a partial sentence[7]. As the name implies, word2vec represents each distinct word with a particular list of numbers called a vector[7]. The vectors are chosen carefully such that a simple mathematical function (the cosine similarity between the vectors) indicates the level of semantic similarity between the words represented by those vectors [7].

A good word embedding model must be trained from a very large corpus that contains a lot of words. Such a model would be intensively time consuming, thus, the transfer learning technique is used instead. Transfer learning uses storing knowledge gained while solving one problem to apply it to solve a different but related problem. [9]

The framework of sentiment analysis is divided into three main parts: pre-processing with Tokenization and POS-Tagging, feature extraction, and machine language modelling[10].

As seen in Figure 3 representing the sentiment analysis framework, the process begins with data collection from websites from which required paragraphs/sentences are extracted. This text is then fed into the preprocessing unit where it undergoes numerous processes before it can be inputted into any model.

Figure 4. An example of a sentence being tokenized

Figure 6. An example for Stemming and Lemmatization [13]

Figure 7. The above picture shows some text which has been tagged based on various benchmarks [15]

Figure 9. An example of some text for which sentic features have been identified [21]

Various deep learning models are utilised in numerous areas including object detection, speech recognition, and image classification. The advantage of this model is its multiple non-linear layers that can capture complex patterns and decision boundaries from the input dataset as seen in Figure 10. Following the success of deep learning models in vision and speech, researchers have shifted their focus to sentiment analysis and natural language processing.

Sentiment analysis can be broadly classified into traditional approaches (as seen in Figure 11) and deep learning methods (as seen in Figure 12). Traditional approaches involve features such as the bag of words model which is based on combinations of words and their probability based sentiment strength[23]. However, manually operating on all applicable features is highly tedious in application. Even a slight modification in the text requires repeating the entire process all over again.

However, one of the issues with deep learning is that deep networks lack generality over unseen inputs due to the complexity of the model. Additionally, word embeddings are able to capture only distributional information but not the polarity of text (sentiment analysis is heavily dependent on polarity information). Polarity, in this case, refers to the aspect of sentiment analysis which tries to understand the opinion of the text, i.e., whether it is positive or negative. Since most of these models do not capture polarity, they are shallow (lacking depth of understanding whether the text is positive or negative) and unidirectional.

Transformer models make use of self-attention layers[1] that reduce the computational path length in a deep learning network[26]. Self-attention, sometimes called intra-attention is an attention mechanism relating different positions of a single sequence in order to compute a representation of the sequence. Self-attention has been used successfully in a variety of tasks including reading comprehension, abstractive summarization, textual entailment and learning task-independent sentence representations. [1]

Figure 13. Structure of a Transformer model[1]

It is principally an Encoder-Decoder architecture for seq2seq learning tasks like machine translation and named-entity recognition (NER) tagging[1]. A standard tool for modeling two sequences with recurrent networks is the encoder-decoder architecture where the second sequence (also known as the target) is being processed conditioned on the first one (also known as the source).[27]

The Long-Short-Term-Memory (LSTM) model is a good example of Encoder-Decoder architecture[27]. With sequence-dependent data, LSTM gives meaning to the sequence while retaining or discarding the parts it finds important or unimportant respectively [26]. Thus, LTSM becomes a special kind of RNN that uses units such as a ‘memory cell’ in addition to standard units to make it possible to retain information for longer periods of time than an RNN.

A Seq2Seq[28] model typically consists of an Encoder and a Decoder where an Encoder takes the input sequence and maps it into an n-dimensional vector[27]. That vector is passed into the Decoder which relays it into an output sequence. Given that modern day language often occurs as some combination of multiple natural languages, with numerous abbreviations and emojis, encoders and decoders help to translate the given data into a single language.

These models are versatile in sentiment analysis applications and are therefore used in a variety of NLP tasks, including machine translation, text summarisation, speech recognition, and Q and A systems[27].

Drawbacks of seq2seq model that are addressed by Transformers

There are some constraints to seq-2-seq models. Transformer design erases the auto-regressive model (an auto-regressive model forecasts the value of a variable based on previous values) in the Seq2Seq model and rather relies altogether upon self-attention[1]. A self-attention layer connects all positions with a constant number of sequentially executed operations ( whereas a RNNlayer requires O(n) sequential operations). In terms of computational complexity, self-attention layers are faster than RNN layers when the sequence length n is smaller than the representation dimensionality d, which is most often the case with sentence representations used by state-of-the-art models in machine translations. [1]

The shorter the path between any combination of positions in the input and output arrangements, the simpler it is to learn long-range dependencies. The self-attention layer interfaces each position with a particular number of consecutively executed operations involving long-range conditions.

An approach to solve the problem of loss of relevant information in long sentences is to use the attention mechanism[1]. Each time the model predicts an output word using only parts of the input where the most pertinent information is present as opposed to a whole sentence. The encoder works as it usually would, but the decoder’s hidden state is linked to a context vector, the previous output and the previous hidden state. Context vectors are the weighted sum of annotations computed by the encoder and every word has its own context vector[30]. This context vector is then passed to the decoder which generates the required sequence.

Limitations of the Transformer

Transformer improves on the RNN-based seq2seq models, but it is not completely without fault.

Transformers have a network architecture based on the self-attention mechanism and are independent of recurrence and convolutions[1]. Thus, commands are executed in parallel, making Transformers more efficient and quicker. The future of NLP is ever-evolving and impacting our lives on a day to day basis. With models such as Transformers, Transforms-XL and BERT (Bidirectional Encoder Representations from Transformers), the evolution of NLP continues positively.

I would like to thank Mr. Abhishek Nigam, Product Head, Machine Learning Products at Times Internet Limited, for providing vital mentorship and guidance throughout this research process over the course of my internship.

Bharathi Sridhar is a Class 12 student at Maharishi Vidya Mandir Senior Secondary School, Chennai. She is keen on Data Science, AI, Human-Centric Computing, and NLP. Working with a leading Indian Internet media organization, she contributed in identifying context extraction algorithms. She looks forward to majoring in Computer Science, and collaborating on impactful research.