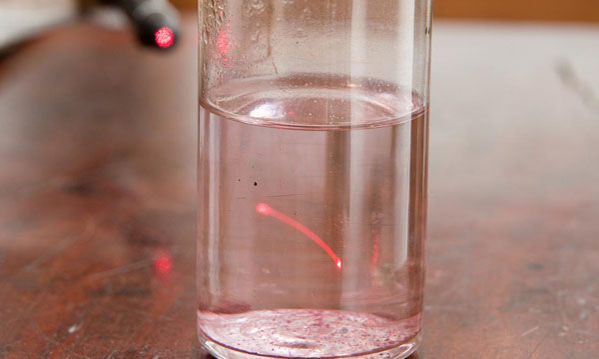 Have you ever wondered what the future holds in terms of advances in technology and medicine? The answer is nanoscience and nanotechnology and the story of this magnificent discovery takes us back to 1856 to a man named Michael Faraday. Michael Faraday is one of the most well-known scientists in history and he led the way in the discovery of many fundamental concepts in physics and chemistry. Some of his many notable achievements include the development and discovery of diamagnetism, the organic compound- benzene and the first electric motor, not forgetting his incredible contributions to the field of electromagnetism. [1] What is less known about is his miraculous yet somewhat accidental discovery of what came to be known as nanoscience and nanotechnology.

Faraday was born in Newington as the son of a blacksmith. He had a tough childhood, where food was often scarce and the religious influence of Sandemanian Christian values often guided him through such harsh times. Faraday’s early education was relatively basic and he took an interest in science due to his book delivery job as a youngster; he often read the books that had been taken to the book dealer to be rebound. Faraday’s ‘big break’ occurred when he attended Sir Humphry Davy’s chemistry lectures at the Royal Institution and consequently became Davy’s assistant when an opening came up. [1] He also founded the Royal Institution Christmas lectures in 1825, which are still televised at present day. [3]

Faraday’s more well-known achievements are evidently monumental. His discovery of benzene is used today in industrial processes [6] and perhaps most famously, his discovery of the law of electromagnetic induction in 1831, which is the principle behind the working of electric generators and transformers- now used to create and harness energy, as all fuels are ultimately burnt to spin the electric generator (it is also vital in producing renewable energy which is vital for a greener future). [7] However, his observation of the ocular effects of a ruby-red liquid produced from colloidal gold was the birth of nanoscience and all of its modern applications.

Perhaps one of the most significant achievements of Faraday was his accidental observation of colloidal gold in 1856 when he placed thin sheets of gold leaf onto a microscope slide. He washed the gold slides (as a part of the process of making them thin enough for his study), which then proceeded to produce a deep red liquid. He was investigating the properties of light and matter, and did so by shining light through the slides of gold. He shone a light through this and saw a cone formation. What he was observing was a liquid with gold nanoparticles suspended in it. [4]

The formation of such metallic colloids became clearer to Faraday as he experimented further. He reduced the gold ions in a solution of reducing agents during the 1850s.

He used phosphorus based reducing agents to reduce gold chloride, in 1857 and created a pure sample. This caused the reduction to allow the metal atoms to become supersaturated. Consequently, the atoms that are insoluble would form nuclei which can occur from clumping together, for example, or via diffusive growth. The atoms or ions would then diffuse to the nuclei surface, allowing the formation to be constructed. [5] He came to the conclusion of what is known as the Faraday-Tyndall effect and was caused because of the gold particles that ‘scattered the light’ into this formation. These days, we can recreate this effect using a laser (see figure 1). [4]

[Figure 1. Recreating the Faraday-Tyndall effect with a laser]

So what exactly are these mysterious ‘colloids’? Colloids can be substances as mundane as milk, or even blood – a colloid is a mixture (two or more substances mixed together but not chemically joined), where smaller particles of one substance are spread throughout another substance. [8] Metallic colloids, like the gold colloids that Faraday observed, have some remarkable applications. For example, metallic nanoparticles are used to treat and diagnose diseases such as cancer and they are especially effective in terms of drug delivery. [9] Gold nanoparticles, like those scattered in the red colloidal mixture, can be used in dark-field scattering microscopy, (figure 2) to show a bright object contrasted against a dark backdrop. These nanoparticles can absorb and disperse light very well due to LSPR (localised surface plasmon resonance).[11]

In conclusion, Faraday’s discovery of these metallic colloids caused the kickstart of nanoscience, which is rapidly transforming modern technology, textiles and engineering. Nanoparticles are becoming widely used in medicine, especially in vital cancer treatments and diagnosis of various diseases.[12] It is safe to say that the future of science will depend greatly on developments in nanoscience.