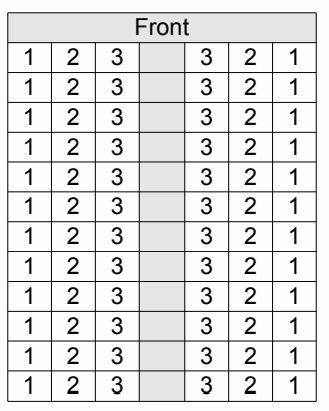 “Please remain in your seats until the plane has come to a complete stop.” Never has something been said so many times for so little effect. In this way, Jetblue Flight 1052 was no different. However, as passengers stood up to retrieve their luggage from the overhead compartments, little did they know they were defying the will of a living legend.

Flight attendant Steven Slater asked a woman who was standing up to sit back down. One thing led to another, and Slater soon had enough, finding himself sprinting down the airport tarmac, a beer in each hand. In his wake, he left 102 passengers who had just been told via intercom to “go f*** themselves,” a food cart two beers short, and a deployed emergency chute (service exit R1 to be exact).

While Slater had a blaze of glory that commoners like us could only dream of, I’m sure we have all experienced similar rage while waiting to get on or off a plane. Ridiculously long queues to board and exit a plane are present on virtually every commercial flight.

A study by researchers at Northern Illinois University found that the airlines incur costs of $30 per minute waiting at the terminal.1 This corresponds to annual losses of over $62 billion across the aviation industry from long boarding times.

But this begets the question of why, in today’s world, with sails that can use photons from the Sun as propulsion and helicopters that can operate on Mars, airlines have not come up with a better method for loading and unloading planes.

Why is boarding so slow?

Most airlines ask passengers to board in groups, with groups seated at the back boarding first, then each successive group boarding until the plane is filled from back to front. Seemingly logical, this is actually one of the worst methods possible for boarding a plane.

There are two main reasons for delays in aircraft boarding: Aisle congestion created when the entire line of passengers is held up by one person stowing away their carry-on and “seat shuffling,” when passengers spill out into the aisle to allow for an inside seat person to get to their seat.2

Are there any better ways?

In fact, just letting passengers pick their seats is faster. The lack of assigned seats allows for passengers to make a flexible decision on seating based on factors such as overhead bin space, the first available seat, and their seat preference. This free-for-all approach is also the most disliked and stressful boarding approach for passengers, as seen in Southwest Airlines’ infamy with the method as well as it’s poor satisfaction rating on an episode of Mythbusters.3

Some methods have been created to address specific problems causing congestion. One such method is the so-called WILMA system (Fig. 1) which aims to eliminate the seat shuffling problem by seating passengers from the outside in (Window to Middle to Aisle).4

Table 1 shows a boarding time study for a 72 passenger airplane having 12 rows of six seats with a single, central aisle. The official time is the elapsed time from when the first passenger sets foot in the aircraft until the last passenger is seated, while the extended time also includes the time the passengers took after being told to board.4

As a result, WILMA is about two minutes faster than conventional Back-Front boarding and about 30 seconds faster than Random boarding.

Even faster is the Steffen Method (Fig. 2), designed by Jason Steffen, an Astrophysicist at the University of Nevada. The most theoretically efficient boarding process (Table 1), it can save 19%, 24%, and 45% of boarding time compared to the WILMA, random, and back to front methods respectively.4

Assuming an average of 1500 flights per day, each minute saved in the turn-around time of a flight can generate over $16,000,000 in annual savings for a medium-sized airline. This means the Steffen Method can save $396 million per year.5

The science clearly shows that the Steffen Method is the fastest boarding method, but not all airlines use it instead of the traditional Back-Front method.

The reason lies in its complexity. This method involves seating alternating rows of passengers from the back to the front, from window to aisle seats and alternating between either half of the plane. Confused? We all are. It’s clear that between the 13 boarding groups required for a Boeing 737-800, the potential separation of families, and the general confusion over where to sit, the Steffen Method is rather impractical.6

Indeed, many of these seemingly “better” boarding methods begin to fall apart when the human is taken into account. Both WILMA and the Steffen method suffer from the consideration that they separate families when boarding, while letting passengers choose their seats is disliked by the customers.7,8

Nevertheless, there are ways around these shortcomings. United Airlines has adopted WILMA, making an exception for families; Southwest Airlines is positioned as an economical airline. The vast majority still use back to front boarding, even though such changes in boarding methods have the potential to save airlines up to 396 million dollars per year.

Why do airlines not use a better boarding method?

Airlines have learned to use this inefficiency to earn money, charging money for priority boarding and checked luggage. Ultimately, when one approaches the problem of boarding and getting off a plane, theoretically robust solutions break down with the introduction of human influences and factors.9,10,11

Human and social costs are always in consideration when faced with the advantageous time and money-saving innovative alternatives in the industrial world. Truly, we live in a society focused on optimisation, and this culture of minimums and maximums—MinMax culture—brings about questions when certain factors are prioritized over others. Now, some food for thought. What would be the worst way to board a plane? That’s right, front to back. Funny, because that’s exactly how we exit a plane. 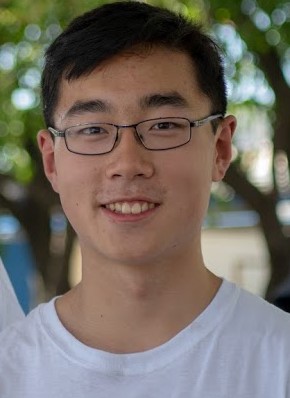 Jack Tian is a senior at Troy High School in Fullerton, California. He has a keen interest in all things engineering and organizational management. Jack is the founder of Aerovate, a nonprofit dedicated to empowering students in STEM through competition. In his free time, he loves to build model airplanes, solve real-life problems, and spend time with friends.