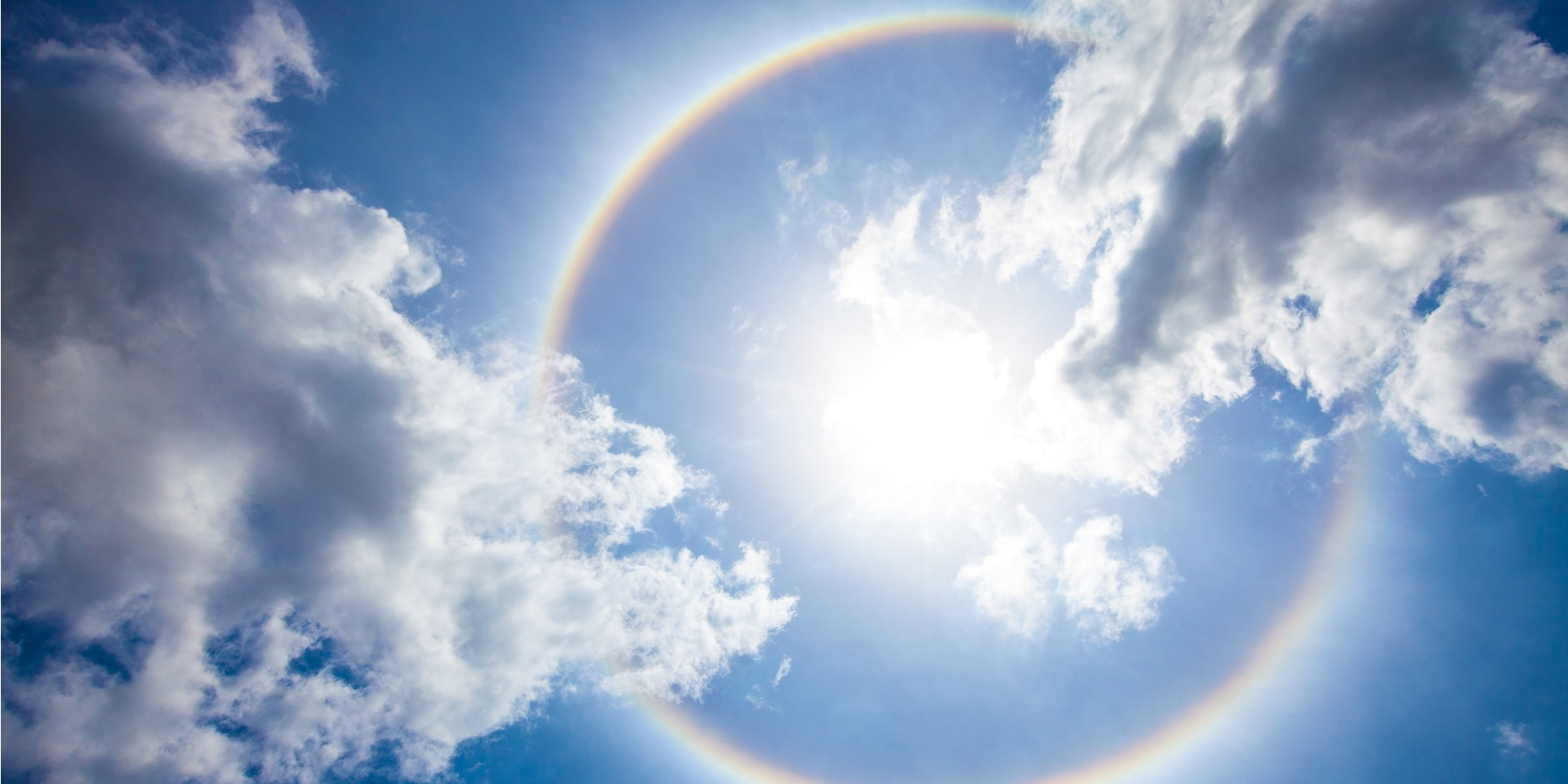 There is an undeniable sense of wonder felt when we look up at the sky and see the clouds. Wisps and stretches of cotton wool; you only have to skim read Romantic literature or gaze at a few pieces of art to understand and acknowledge their captivating, obvious beauty. They are also home to some extremely fascinating areas of science and are the causes of various strange occurrences and phenomena, some of which will be introduced in this article.

Clouds are formed from cloud condensation nuclei (CCNs), which can include aerosols, microbes and sulfates. These nuclei make it considerably easier for condensation to occur (as their name would suggest). Once enough water has condensed upon the nuclei, a cloud is born. (UCAR centre for science education 2021) In terms of classification, clouds generally occur across three main levels: high level, medium level, and low level.

Floating along the mid level section, you can find altocumulus, altostratus and nimbostratus clouds. Unlike the higher level clouds, you can find a combination of both ice as well as water in this category. Altocumulus clouds appear in the form of rounded cloudlets, altostratus in sky-covering sheets, and dark nimbostratus in layers, presaging bad weather. (“Types of Clouds” 2020) Finally, on the level closest to the ground lie the likes of cumulus, cumulonimbus, stratus and stratocumulus clouds, which contain mostly droplets of water. (Funk, n.d.)

There is also a variety of rarer clouds, one of the most intriguing being anvil clouds, which can also lead to the formation of mammatus clouds. Anvil clouds look so strange because it is almost as if the cloud has met a transparent wall, causing it to crash and spill across its surface. In fact, anvil clouds occur when a mature thunderstorm meets an equilibrium line. Like any cloud, there are updrafts and downdrafts (see figure 2), and when the updraft meets the equilibrium line, where air stops rising, the air is forced outwards. (10 Tampa Bay 2017).

As previously mentioned, anvil clouds can lead to the formation of mammatus clouds. (Mammatus coming from the latin word for breast (Shepherd 2016))They are normally found on the anvils of cumulonimbus clouds, but also with cirrus and altocumulus clouds to name but a few. Their presence does not last for very long and a lack of investigation has led to their formation not being entirely known, making them something of a mystery in the field of cloud physics. Various propositions have been put forward to explain their emergence, such as a difference in adiabatic lapse rates and hydrometeor fallout. (Schultz 2006)

Another interesting cloud is the pyrocumulus, or flammogenitus, which forms due to wildfires or volcanoes. (Weather Guys Editor 2012) The hot air produced from these outbursts causes an updrafts from a convection current – the formation is undoubtedly extreme. (Duginski 2020)They are often darker in colour, as the cloud condensation nuclei attach to particles of smoke. The most staggering aspect of this type of cloud is its sheer enormity, some can reach 5 miles in height. If the pyrocumulus gets high enough, a pyrocumulonimbus can be formed, which has the ability to produce the phenomena of lightning with a positive charge. (Finneran 2010)

A miraculous quality of clouds is that they are able to somewhat harbour life, albeit microscopic. Microbes are a great surface for ice crystals to form around: in other words, they act as good cloud condensation nuclei (CCNs). Various microbes and bacteria are catalysts in the formation of ice crystals and allow them to form at warmer temperatures than they would on non-living CCNs. They allow the ice crystals to form by making proteins which bind molecules of water together and ultimately form ‘bioprecipitation’. (Hooper) In fact, for the bacteria involved in this process, it is part of their life cycle (an example of evidence used in the argument for the Gaia hypothesis1(Schiermeier)) They are a plague for plants in the soil, eating away at them, until they are carried by updrafts into the atmosphere.

Clouds are much more spectacular and mysterious than you may have thought. The process of formation is exceptionally intricate and the countless types of clouds each have their own unique features.

1 The Gaia hypothesis is a complex concept, but something interesting to consider related to it: algae are known to produce dimethyl sulfide, forming sulfates which act as cloud condensation nuclei.

Duginski, Paul. 2020. “The fire that devastated a Sierra town created a pyrocumulus cloud. What does that mean?” LA Times. https://www.latimes.com/california/story/2020-11-19/what-are-pyrocumulus-clouds-california-wildfire-analysis.

Hooper, Rowan. 2014. “What kind of life could live in the clouds?” Japan Times. https://www.japantimes.co.jp/news/2014/08/16/national/science-health/kind-life-live-clouds/#.WfeOpUzMxds.