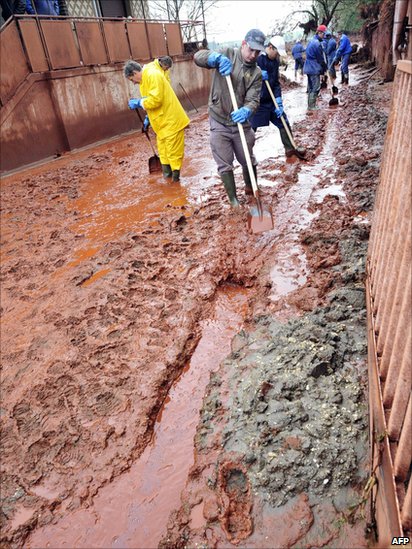 reservoir on Monday has reached the River Danube, wiping out entire fish populations and killing four people, as well as injuring at least one hundred more. The toxic red sludge is from an industrial plant in Hungary, and has led to what the Prime Minister, Victor Orban, has called an \’ecological tragedy\’. Croatia, Serbia and Romania are now drawing up emeregency plans, while many Hungarian counties have now declared a state of emergency.