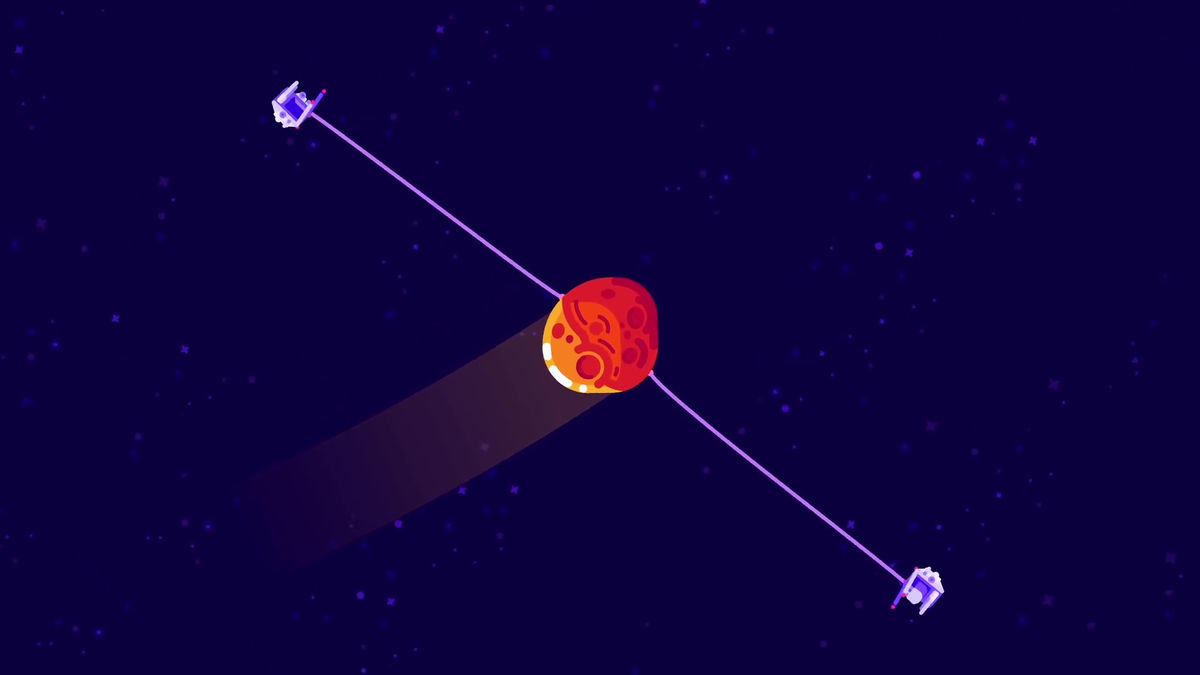 Mankind has always been interested in the vast void that we called space. Filled with endless unknowns and bizarre phenomena, people throughout history such as Aristotle, Galileo, and many more have made impactful developments in our knowledge about the universe. Ever since Sputnik 1, the first mission that successfully delivered a satellite into Earth’s orbit, humanity has continued to push the limitations of space travel. The exploration of space and the acquisition of new knowledge about the cosmos is extremely valuable, leading to an infinite number of new opportunities for mankind.

More and more environmental issues are surfacing due to the mistreatment of Earth’s natural resources. In addition, as the population grows by about 1.1 percent each year,1 Earth eventually will be incapable of sustaining all of human life. One solution is the colonization of other exoplanets that resemble Earth’s habitable zone. Through the mining of asteroids in our solar system, precious metals such as iron, platinum, and gold could be harvested,2 satisfying the growing global demand for these rare metals. In addition, research done in space can drastically contribute to the technologies that we have on Earth. For example, experiments in space will lead to the discovery of new medical treatments, the development of information technology, and improving how we use energy and how we treat the environment. For example, developments in the field of robotics on the International Space Station have led to the implementation of surgical robots in MRI machines.3 With the modern age upon us, it is imperative that we continue our exploration of the universe in the pursuit of knowledge.

However, a major barrier stands in humanity’s way of traversing the universe. One of the fundamental forces that acts as the glue of our world, the force of gravity, is the biggest restriction when it comes to leaving Earth. In order to get to space, each launch that was a part of the shuttle program from the National Aeronautics Space Agency averaged at about 1.5 billion dollars, with the entire program costing over 200 billion USD.4 Even though present-day companies and organizations such as SpaceX and NASA are cutting down the price of each launch significantly, they are still not affordable for efficient use.5 Especially when the global communications system relies on satellites in space, the cost of each rocket launch holds even more significance. With cheaper methods of getting vehicles into space, research and development of new technologies will be crucially accelerated.6 Therefore, the expansion of new technological fields that can make space more accessible is crucial to the progression of mankind.

Some companies are already striving to lower the immense cost of missions by integrating reusability, making improvements to fuel and engines, and changing construction materials. Aluminum alloys have been created by mixing in other metals such as copper and lithium in order to increase the strength of the metal while also retaining its lightweight nature. These aluminum alloys are created by mixing two or more different metals in order to produce a material with new properties. When metals are melted and resolidified, the uniform crystal lattice can undergo dislocation, where separate planes bind to each other. Eventually, this can result in the structural failure of the metal in the form of bending or snapping. By adding an additional element to the metal, which has different bonding properties, it can prevent the shift in planes, therefore increasing the material’s strength. Titanium-based alloys have developed in order to withstand the extreme temperatures in rocket engines, which often exceed 2000k.7 While aluminum alloys from the 2000 series have been used traditionally to construct rockets, recently, carbon fibre and composites have also seen some implementation in suitable areas. As the CEO of SpaceX, one of the few private companies offering commercial launches, Elon Musk has significantly lowered the price tags on rockets by using reusable rocket boosters.8 (figure 1) These rocket boosters would detach from the rocket mid-flight and then land vertically using the remaining fuel. With his new system and the Falcon Heavy rocket, Musk is able to send 16,800 kilograms into space for just 90 million dollars.9 However, even SpaceX’s price must be dropped if humans want to take full advantage of the benefits of travelling to space.

Figure 1: Reusable rocket boosters from SpaceX making a landing after a launch

The Space Elevator (figure 2), a concept from Konstantin Tsiolkovsky, is a colossal structure that would be able to reduce the cost of escaping Earth to about 500 dollars per kilogram from 20,000 dollars. 10 The concept is possible because, in order to orbit the earth, an object has to travel fast enough horizontally while also being high enough vertically so that as gravity pulls the object towards the Earth, the curvature of Earth allows for the object to never hit the ground. The Space Elevator would eliminate the need for rockets to move horizontally when achieving orbit, as the angular velocity at the top of the structure would be much greater than the angular velocity at the ground. This way, energy could be saved by only travelling vertically. Even with the amazing costs per flight, the space elevator would be the most expensive and biggest structure ever built. In addition, the materials of the elevator used to construct the tether would need to be strong enough to withstand radiation, space junk, and many more factors for a considerable amount of time. At this point in time, the materials we have access to do not have sufficient strength, making the space elevator not viable.11

Figure 2: Depiction of a space elevator

Another possible solution is space planes (figure 3). Spaceplanes are specific vehicles that function like planes in order to escape Earth’s gravity. The company Virgin Galactic has taken this approach, claiming that these space planes will be able to dramatically lower the cost of getting into space. However, since spaceplanes are based on regular planes, they require an atmosphere in order to be considered effective. As the aircraft moves rapidly through the atmosphere, a pressure difference is created due to the shape of the wing. (figure 4) The air pressure above the wing is lower than the air pressure below the wing, resulting in a force called lift. Without an atmosphere to create lift and gain altitude, a space plane is just another rocket. To make up for their faults, spaceplanes are exposed to more subtle conditions when flown, allowing materials to be more flexible. In addition, because spaceplanes use runways in order to ‘launch’ they can take off from virtually any part of the world, while rockets need to be launched on launch pads. However, because of its limited usability, space planes should be considered an alternative rather than an actual solution.

Figure 3: Render of a spaceplane

Figure 4: Depiction of how planes generate lift with wings through the atmosphere

An idea that was inspired by the space elevator, the skyhook (figure 5), first proposed by John McCarthy, may be the best possible solution to lowering the price point of travelling to space. Unlike its cousin, the space elevator, the skyhook has already been successfully tested.12 In addition, the skyhook is able to offer a variety of services including launching rockets into space but also slowing vehicles down for landing while also being able to be built using current technology. Just as railways are pieces of infrastructure that allow the transport over long distances, the skyhook will become the infrastructure that we need in order to reach space in a cheap and reliable way. The Skyhook functions by positioning a floating tether in space-bound to a counterweight. Counterweights would have to be a large mass capable of retaining enough momentum to send the payload into space. Specialized aircraft would fly up to the lowest point of the tether and then are pulled up to the counterweight, eliminating the need for an immense amount of energy to escape Earth’s gravity.13 The design can be further improved, by rotating the Skyhook so that both of the ends of the tether will be able to intercept spacecraft arriving and departing Earth. As spacecraft depart Earth, they will gain momentum from the Skyhook when flung into space, while as spacecraft arriving at Earth are slowed down by the hook, transferring their momentum into the Skyhook. This loop system will be able to ensure that the Skyhook does not lose its rotational momentum. As the skyhook is utilized more and more, its value only increases. However, in the scenario that a skyhook is not used, air friction from the atmosphere will eventually make the structure lose its rotational momentum. In this case, by using a Martian moon as the counterweight for the tethers, the problem of losing momentum is avoided, as the mass of a moon is so big that they will not lose its kinetic energy even without spaceships maintaining their momentum.14 (figure 6) Phobos is a prime candidate for an interplanetary skyhook as it orbits very close to the surface of Mars. This could effectively function as a transportation system throughout the galaxy without using any means of propulsion in space.

Figure 5: Demonstration of the skyhook transporting a spacecraft from the Earth’s atmosphere into space

Figure 6: Skyhook with counterweight positioned at Phobos, tethers are attached so a low access point and high point are available for spacecraft, low access point sits near the martian surface while high access point in station in space. In this case, the skyhook would not rotate. When imagining the blades on a fan, the speed at the tip of the blade has to be more than the speed of the base of the blade. The skyhook works similarly to the fan, accelerating spacecraft at the top of its trajectory.

In conclusion, the use of rockets is not an efficient or effective method in order to achieve interplanetary space travel. Rockets are required to burn immense amounts of fuel only to transport a very small payload into space. In order to maximize the costs, the ratio of payload to fuel must increase before humans try to take advantage of the space environment. These implementations and advancements in space technology will no doubt be able to reduce the cost of space flight, opening up an entirely new horizon of opportunities.

Roy is a high school student at Northwood in Irvine, California. He loves STEM-related subjects such as computer science, physics, and engineering. Roy also runs cross country and track during the school year, a passion of his since he was young.