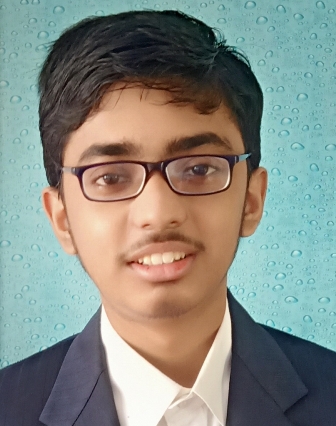 The Big Bang Theory is the most widely accepted theory regarding the formation of the universe. It was discovered that the universe is moving away from us in all directions, that is, expanding at a tremendous rate. This concept has been verified with the redshift of galaxies and the cosmic microwave background. At the very beginning, everything existed in a plasma state, which cooled down to eventually form atoms. The remnants of this plasma should be present far away, at the very edge of the visible universe. They glow uniformly from all sides (the cosmic microwave background radiation). If the universe expands, on reverse speculation, we see that the universe contracts and contracts until it reaches an infinitely small size. It seems obvious that the universe must have formed from a single, minute, and infinitely dense concentration of energy. Assuming that this state can be achieved by quantum fluctuations in the vacuum, the universe might have sprung up from a zero-energy vacuum. (The total amount of energy present in the universe may sum up to zero—the energy of the matter being positive and the gravitational energy being negative.) This infinitely dense point started to expand (the Big Bang) and cool down, leading to the formation of the fundamental particles (the bosons that gave rise to forces and fermions which make up the matter we see around us) and eventually atoms. In time, due to slight density irregularities in places, the expansion slowed down, and huge gas clouds were confined by gravity to such an extent that the internuclear distance was small enough for fusion reactions to start. Thus, stars were formed and ultimately planets. Studying the consequent evolution of the universe after the Big Bang has revealed something interesting. It is possible that the four fundamental forces in our universe (gravitational, electromagnetic, strong nuclear, and weak nuclear forces) were unified into a single ‘superforce’ just after the Big Bang.[1] The temperature was extremely high then, and science is still far from being able to recreate such temperatures in the laboratory today. As the universe expanded with time, matter moved away from each other, and the universe cooled down. Symmetry broke, and the ‘superforce’ gradually broke down into the four forces seen today.

What happened at the very beginning? To start with, all that is really known about the Big Bang is that it was an extremely dense point and that for some reason this density suddenly decreased at an extremely fast rate. According to Carroll, the Big Bang is a moment in time rather than a point in space.[2] After the Big Bang, the universe didn’t expand into space, but space itself expanded. (It is usually believed that the expansion sped up during the early phase to smoothen out spacetime; this can explain why the distribution of matter is almost equal in the universe.) According to Hawking, before the Big Bang, events were unmeasurable and thus undefined. Hawking called this the no-boundary proposal: time and space, he said, are finite, but they don’t have any boundaries (starting and ending points) the same way Earth is finite but has no edge.[2]

Another idea is that the Big Bang was just a moment of symmetry. Before the Big Bang, there was another universe, identical to this one but with entropy (or naively, the disorder, and technically the number of ways a state can be achieved, by taking into account spatial configurations, velocity configurations, and energy distributions) increasing toward the past instead of toward the future. If charge, parity, and time were reversed, then all the equations would remain identical, and symmetry would be maintained. So there may be a mirror image of our universe where the same laws of physics are valid. The Big Bang could have given rise to two universes—our universe and a CPT-reversed one.

Then, there may have been no beginning. Maybe the universe goes through an infinite cycle of births, deaths, and rebirths. The ekpyrotic model of the universe suggests that the Big Bang was not the origin of time; rather, the universe had always existed and ran through a repeated cycle of brane collisions, which gave rise to Big Bangs. Matter and radiation were created. The universe expanded to a finite extent, cooled down, then diluted, collapsing to a point.[3] From this point emerged another expanding universe.[4] (It is impossible to determine how or where this cycle began—the question is much like one of whether the chicken or the egg came first.) Now, what would cause such a collapse? Gravity. On one hand, gravity forms stars, planets, and galaxies in specific regions. On the other hand, if gravity took over, everything would collapse after a certain extent. Also, it should be noted that all the experiments that support the Big Bang also indirectly support the cyclic universe hypothesis—since even in the latter case, the universe started from a Big Bang state, only that the Big Bang was the result of an early universe collapse.

Also, interestingly, there have been speculations about the Big Bang and Bosenovas. To start with, Bose-Einstein Condensates (BECs) are a new state of matter. Unlike fermions, bosons can occupy more than one quantum state and clump together at extremely low temperatures to form a BEC, which can be described by a single wave function. By manipulating the magnetic field a BEC is kept in, we can get some interesting results. When the magnetic field is repulsive, the BEC expands at a constant rate. But when it is attractive, the BEC initially shrinks and then explodes. The reason behind this is unknown, but this has some resemblance to the Big Bang.

The Big Bang is a point of symmetry. The system could go through two stages: one where it prefers equilibrium over symmetry and expands, and another where it prefers symmetry over equilibrium and collapses. We may even venture to assume that when the system prefers equilibrium over symmetry, it indirectly prefers asymmetry; this manifests as the matter-antimatter asymmetry in our universe.[5] But of course, this doesn’t explain the underlying reason for this asymmetry. One possibility could be that our universe originated from a parent universe that was neutral with equal amounts of matter and antimatter. The matter and the antimatter were separated by some means so they do not annihilate. If this universe was split up into smaller parts (assuming this split is probabilistic, that is, there was a non zero probability for this split, among many other possible splits), some of the ‘baby universes’ will have more matter than antimatter and some more antimatter than matter.

A related theory holds that the Big Bang wasn’t the beginning of everything, but rather a moment in time when the universe switched from a period of contraction to a period of expansion. This “Big Bounce” notion suggests that there could be infinite Big Bangs as the universe expands, contracts, and expands again. The problem with these ideas, Carroll said, is that there’s no explanation for why or how an expanding universe would contract and return to a low-entropy state.[2]

The Multiverse Theory has also suggested that there existed a sea of universes before the Big Bang. Maybe our universe resulted from interactions between these universes (which is probabilistic). Although not strictly relevant, a mystery today in physics is that three generations of fundamental particles exist, while only one generation would have been enough to make up most of the matter we see around us. Some physicists like Weinberg have suggested that the third generation of particles react with the Higgs field, and mass is transferred to them. According to Weinberg, “Mass trickles down to the second and first generations from there via interactions with virtual particles.”[6] An interesting hypothesis to explain the origin of the three redundant generations of fermionic particles in our universe could be that an infinite number of universes existed, and in each of these universes, only one generation of fermions with different masses existed. Now, assume that some of these universes randomly collide to form an unstable system. This system will collapse into many new universes. In one such universe, three generations of fermions may accidentally be transferred, and so we have three redundant generations of particles in our universe. Can this hypothesis be verified experimentally? Yes, and no. Experiments can give indirect evidence to support this hypothesis, but it is likely that no conclusive evidence can be obtained: Slightly (or maybe not so slight!) different fundamental laws of physics hold in different universes. Although the existence of parallel universes is a direct consequence of some theories predicted by the known laws of physics, it is nevertheless true that this is not the only and inevitable set of laws. So, assuming physics is very different in other universes, some of which collided to form our universe, it is possible for the fermions of our universe to behave in strange and inexplicable manners. There will likely be specific differences between the three generations of fermions but not between fermions belonging to the same generation. We can, thus, look for anomalies in the behavior of the fermions generation wise.

Many hypotheses can be generated regarding the pre-Big Bang state. However, these hypotheses are mostly useless since they have some presuppositions which cannot be verified, and the hypotheses themselves cannot be verified experimentally yet in most cases. There are many open questions regarding the origin of the universe and beyond, and the conditions expected to exist at that point cannot be attained in the laboratories yet. However, that is of course no reason to stop pondering the big questions.