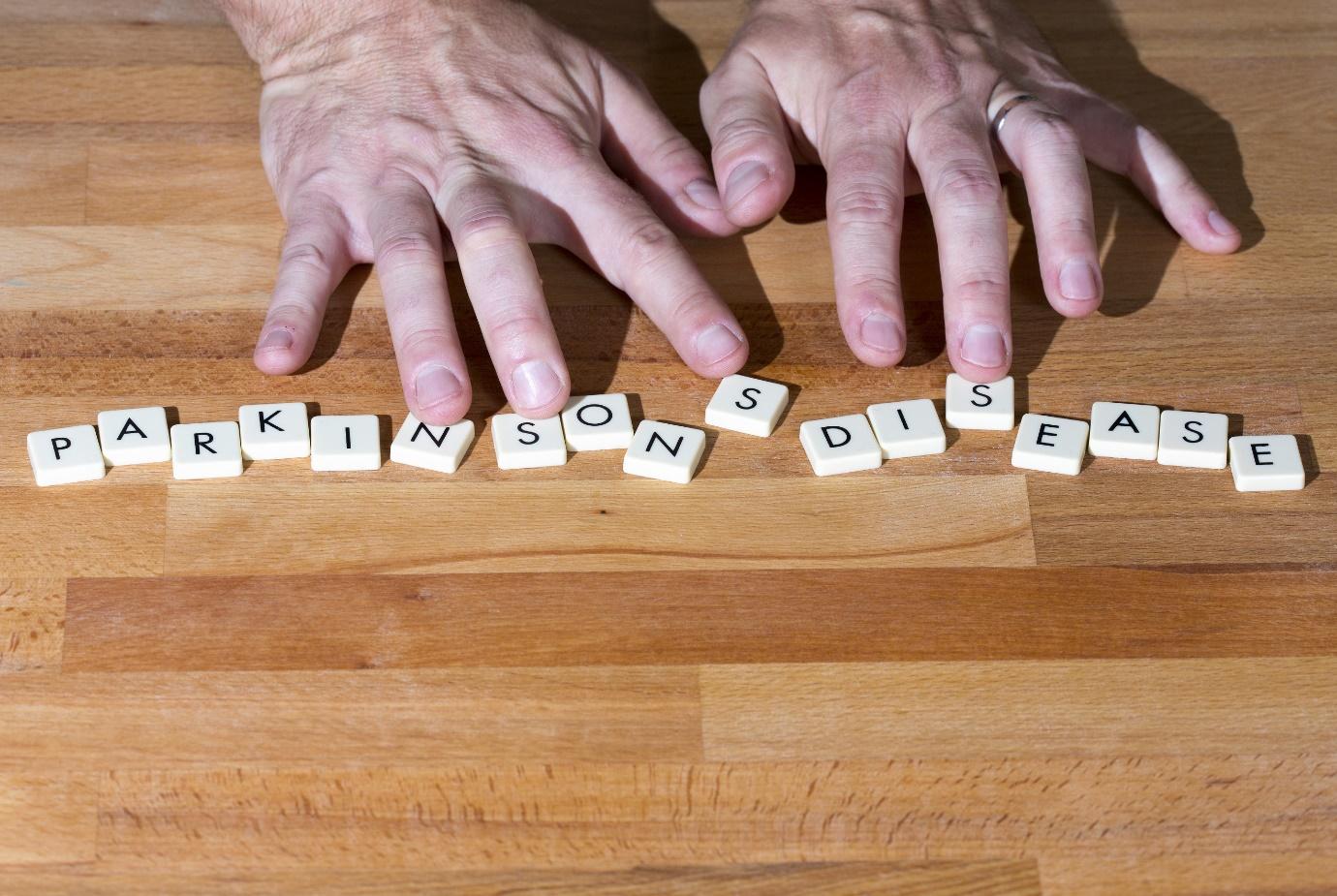 Parkinson’s Disease (PD) is a progressive, debilitating, neurodegenerative disorder affecting millions around the world. But can it be cured?

This article aims to introduce Parkinson’s disease: explaining its causes, symptoms, and the current treatments available.  It also evaluates some possible cures under research and development– their mechanisms, advantages, and disadvantages — for a disease that has, so far, been deemed ‘incurable’.

Over two hundred years ago, the disease’s namesake, Dr James Parkinson wrote ‘An Essay on the Shaking Palsy’:

“A lady, at the age of seventy-one, had universal palsy: every part of the body shook which was not fully supported. The muscles of respiration were so affected, that respiration was with difficulty affected; but in sleep the vibratory motions of the muscles ceased, and the respiration was performed more equably: any endeavour of the will to alter these morbid actions increased them.”

It is currently still unclear if there is a single cause of Parkinson’s disease or if there are a multitude of factors:

The etiology of Parkinson’s disease is not fully understood and a great deal of research is being conducted to find treatments in the hope that one day a cure can be realised.

Causes and Symptoms of Parkinson’s Disease

Dopamine is a hormone essential for motor skills. Parkinson’s disease is caused by a lack of the neurotransmitter dopamine in the brain due to the death of dopaminergic neurons in the part of the brain called the substantia nigra.[1]

The substantia nigra is a part of the basal ganglia, which consists of regions of the brain that control movement via their connections to the motor cortex.

The substantia nigra itself is composed of two regions: the Pars Reticulata and Pars Compacta (with the latter being affected in Parkinson’s).

Parkinson’s disease results in the degeneration of the substantia nigra and, although the cause of this is still unclear, it is thought to be due this may be linked to the build-up of Lewy bodies which are composed of the toxic protein alpha-synuclein.[2]

The significance of both the Lewy bodies and alpha synuclein are currently not fully understood. However:

The Center for Disease Control and Prevention in the USA rated complications due to Parkinson’s as the 14th greatest cause of death in America. It has also been stressed that as the global population is aging, this placement is likely to rise as Parkinson’s has been dubbed an ‘older person’s disease’ with only 5% of cases being diagnosed before the age of 50.

Although there are several treatments for Parkinson’s, these are not cures and mainly aim to increase the volume of dopamine in the brain to reduce the symptoms of the disease.

Dopamine itself is unable to cross the blood-brain barrier (the highly selective semi-permeable membrane of epithelial cells) and is instead introduced via its precursor Levodopa. Levodopa is the most common drug treatment for Parkinson’s, as it is able to cross the blood-brain barrier, where it is then converted to dopamine in the brain by the enzyme dopa decarboxylase. This increases the volume of dopamine in the brain, meaning that the Pars Compacta can form stronger connections to the Striatum, thus reducing the motor symptoms of Parkinson’s.

Additionally, dopamine agonists such as bromocriptine and ropinirole are used to treat Parkinson’s. They work by mimicking the effect of dopamine, as they bind to receptors on neurons that regulate movement and bodily function, thereby ‘tricking’ the brain into thinking that there is more dopamine than is actually present.

Inhibitors of the enzyme catechol-o-methyltransferase (COMT) have also been used in treating Parkinson’s. COMT is responsible for degrading dopamine and levodopa in the brain, and inhibitors such as entacapone and tolcapone prevent COMT from doing this. This allows more dopamine and levodopa to enter the brain from outside the central nervous system.

One of the more intrusive treatments for Parkinson’s is Deep Brain Stimulation, which involves inserting electrodes into specific parts of the brain to send electrical signals directly to the basal ganglia, mimicking the action of lost neurons.

However, there are concerns about the risks involved with this treatment as it involves operating on the brain, which brings the risks of hemorrhage, stroke, and infection. Additionally, there have been concerns of the electrodes malfunctioning as well as concerns that the treatment can lead to a reduction in mental or emotional status.

Can We Cure Parkinson’s?

Parkinson’s disease is currently classified as an incurable disease. However, much progress has recently been made in the research and development of a cure:

One of the most promising developments is the use of the glial cell-derived neurotrophic factor (GDNF). GDNF is a naturally occurring protein that is produced in the brain and is an example of a neurotrophic factor, a group of molecules that support the growth and endurance of neurons. GDNF itself helps to support the survival of many types of neurons, including dopaminergic neurons that are destroyed during Parkinson’s disease.

A pioneering trial at North Bristol NHS Trust aimed to investigate whether boosting the levels of GDNF in the brain could slow or even reverse the effects of Parkinson’s disease. The trial not only tested the effects of GDNF on the brain but also tested a pioneering convection enhanced delivery system for delivering the drug into the brain since GDNF is unable to pass through the blood-brain barrier.

In the trial, 41 patients had GDNF directly administered into their putamen, part of the striatum. By the end of the trial, most of the participants had seen meaningful improvement. However, the evidence was later deemed inconclusive due to the lack of a comparison group in the later stages of the trial.[6]

GDNF does appear to have potential in advancing the treatment of Parkinson’s. However, more research investigating increased doses is required to understand if it could indeed contribute to a more substantive cure.

One of the most researched cures for Parkinson’s involves the use of STEM cells. These are undifferentiated cells that have the capacity to self-renew and to differentiate into many types of specialised cells. They can be specialised into dopaminergic neurons and injected into the brain to to replace those lost, due to the effects of Parkinson’s disease, thus reversing the impacts of the disease.[6]

An international consortium of laboratories – under the name Gforce-PD – have been advancing research in this area. They have been investigating using:

However, using stem cells from embryos and fetuses is controversial, and these potential cures pose considerable moral dilemmas. People with Parkinson’s may reject STEM cell treatments due to their religious and ethical beliefs, meaning that some cures involving STEM cells may not be acceptable for all patients.

To find a method to overcome this problem, research is being conducted into converting a patient’s own skin cells[8] into dopaminergic neurons by using a virus with a variety of reprogramming factors.[9] Induced pluripotent stem cells, from patients with Parkinson’s, were created from their own blood and skin cells. Fibroblast cells were chemically reprogrammed & differentiated into dopaminergic neurons. In tests, monkeys with a Parkinson-like disease showed a 40 to 55 percent improvement in their movements when injected. Stem cells from people with and without Parkinson’s were deemed to be equally effective and no serious side effects were found. Importantly, these improvements match results from previous experiments using embryonic stem cells.

Although Parkinson’s Disease can place immense stress on both a person’s body and lifestyle, it does not need to be faced alone. Today, individuals can access a plethora of treatments, pathways, multidisciplinary health teams, advice, and support.

Financially, the costs of PD, to both the individual and society, are high. It can also reduce the quality of life of those with the disease, as well as significantly impacting their loved ones or caregivers.

As for finding a cure for Parkinson’s, although many promising possibilities are in the early stages of development and may also face ethical concerns, they do demonstrate the wide scientific breadth and pace of ever-increasing advances and breakthroughs.

As medicine advances, ongoing funding and support is vital for continued research so that a cure for Parkinson’s will be at the forefront of medical demand and discovery. The hope remains that, in the third century of its discovery, this ‘shaking palsy’ and ‘incurable disease’ is finally calmed.

Causes and Symptoms of Parkinson’s –

Jacob is a Year 12 pupil, studying ‘A’ Levels in Chemistry, Biology, Physics and Maths at St John’s College, Cardiff in Wales.

Jacob has been volunteering in a care home, specialising in residents with dementia alongside other complex health care needs. This raised his interest in exploring Parkinson’s Disease further.