DO YOU WANT TO TRAVEL IN SPACE? ASK KATHERINE! 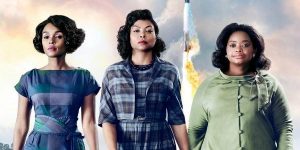 During the Cold War, the two greatest world powers, USA and USSR, tried to dominate especially when it came to their own scientific achievements. USSR managed to launch the Sputnik in 1957, accomplishing the wider part of their space program at the same time. Simultaneously NACA, the ancestor of the modern NASA, was still looking for the correct orbital trajectory for John Glenn and the Project Mercury. However, the answer was only in the hands of a young black woman: Katherine Goble.
This is the scenario offered by the Margot Lee Shetterly’s literary masterpiece “Hidden Figures”. The author started searching for useful information about Katherine and other girls who secretly made history, due to her roots being in Hampton and her father who worked for the NACA. The book focuses on the Katherine Goble, Dorothy Vaughan and Mary Jackson’s lives, three female mathematicians whose achievements would have made them  icons in aeronautics. Their actions were subjected to the oppressive racial segregation and to the common misbelieve that women were less able to do a job that was considered only for men. This unmissable work allows science lovers know more about these three heroines’ lives.
The Theodore Melfi’s film too is nothing but a delight, allowing you to breathe some of the “ancient” NACA air when colored toilets and canteens were still found, where female geniuses played marginal roles because men dominated the highest positions. Although there are differences between the film and the book, I really recommend enjoying both because I find them inspiring and interesting due to the current conditions of women in STEM fields. Moreover, I get to understand how hard life was for a black female mathematician in the America of the 60’s. Finally, as these three girls managed to fulfill their ambitions despite the discriminating social climate. Let’s try to overcome all those silly barriers and achieve impossible goals,. as Pharrell Williams sings in his song ‘Runnin’:, “they want the Moon, I’m on Mars”. 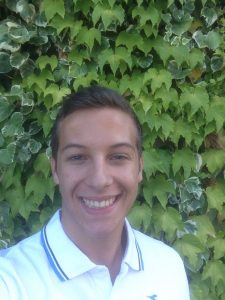 Roberto has always thought that science could be the key for our future and has paid far more attention to subjects like physics and chemistry. He is convinced that if you know anything well, you are able to simply explain it to others and that this powerful asset belongs uniquely to young people.
Copyright holder: feministing.com