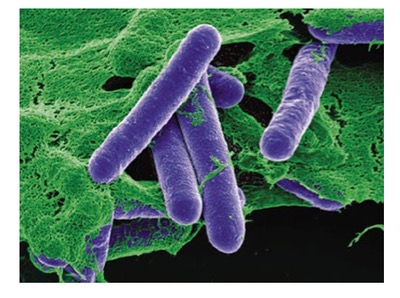 Have you ever thought of using something extremely lethal to cure movement disorders, neurological conditions and wrinkles? Botulinum – the most potent neurotoxin and is just right for the job.

Poison or Drug? By Jessica Kan

On Friday 24th March 2017 as part of the ATOM festival, Dr Keith Foster delivered an intriguing talk about biotoxins, with a focus on the most potent toxic Botulinum neurotoxin (BoNT). BoNT is from Clostridium botulinum bacteria and causes botulism in people. Symptoms of botulism include feeling nauseous, paralysis of muscles and eventually death. BoNT can be found in fermented food such as sausages which is where the name came from (“botulus” means sausage in Latin). It can also be found in infected wounds, usually from sharing needles, and in vulnerable infants which haven’t fully developed their gut bacteria. BoNT is considered a bio-threat as there is no antidote for this toxin and it could be used as a biological weapon. In order of least toxic to most toxic: sodium cyanide; Strychnine; Diphtheria Toxin; Ricin; Tetanus toxin; Botulinum toxin.

Although BoNT is very toxic (lethal dose for a person by the oral, inhalational and intravenous routes are approximately 30 ng, 0.90 µg and 0.15 µg respectively) [1], it can be used for medicinal purposes and cosmetic purposes where it is commonly known as Botox, Dysport and Xeomin. Around 1822, Justinus Christian Andreas Kerner was the first person to publish descriptions of botulism and to suggest a therapeutic use of BoNT (or as he called it – the sausage poison). Alan B Scott used BoNT to treat squint or Blepharospasm (eye dystonia) and crossed-eyes in 1970. [2] Before this, the treatment included cutting muscles which had a permanent effect. He realised that in small amounts in restricted areas of the human body it could be used to treat diseases. In 1977-1980, there were human trials using BoNT to treat Strabismus. BoNT can now be used to treat many diseases by relaxing muscles such as Dystonia (movement disorders), Cerebral palsy (neurological conditions), Hyperhidrosis (excessive sweating), chronic migraines, overactive bladders and muscle spasticity. It is also used in the cosmetic industry to relax glabellar rhytides (wrinkles).

So what does BoNT actually do? At motor neurons there are proteins involved in exocytosis called SNAP-25, Synaptobrevin and Syntaxin which form a SNARE complex. BoNT is a protease (enzyme which cuts up protein) which binds to the neuron membrane and gets taken up. It cleaves (cuts) one of the SNARE complex proteins therefore inhibiting the process of presynaptic vesicles from fusing with the membrane and releasing the neurotransmitter acetylcholine (ACh). [2] As no acetylcholine can bind with the receptors on the muscles cells, there is no signal for the muscle to contract. The effect is not permanent as all the BoNT gets absorbed by existing neurons leaving new growing neurons unblocked.

BoNT is a protein which has a binding domain, translocation domain and a proteolytic/catalytic domain (cutting area). These domains can be engineered to target certain cells. Recombinant DNA technology (gene editing) with E.coli produce enhanced BoNTs which can be used for specific purposes, for example, to treat acromegaly which is when the pituitary gland produces too much growth hormone. The BoNT is usually combined with Somatostatin, also known as growth hormone–inhibiting hormone, for the treatment of this particular disease.

Dr Foster then explained that the process of producing a new drug is long and expensive one – it takes 10 years on average and costs £1.8 billion on average. 1 in 1000 make it to human testing; 1 in 5 of those make it to the market which means that 1 in 5000 new drugs make it to the market. Phase I is to test the safety of the drug on healthy volunteers, this takes around a year. Phase II is to test the efficacy of the drug on the people with the disease, this takes about 2 years. Phase III is a large trial on 1000-3000 people which takes approximately 3 years. The company then applies for a New Drug Application (NDA) to the Food and Drug Association (FDA) which takes another 2 years.

• Fellow of the Royal Society of Biology

• 30+ years in the pharmaceutical industry