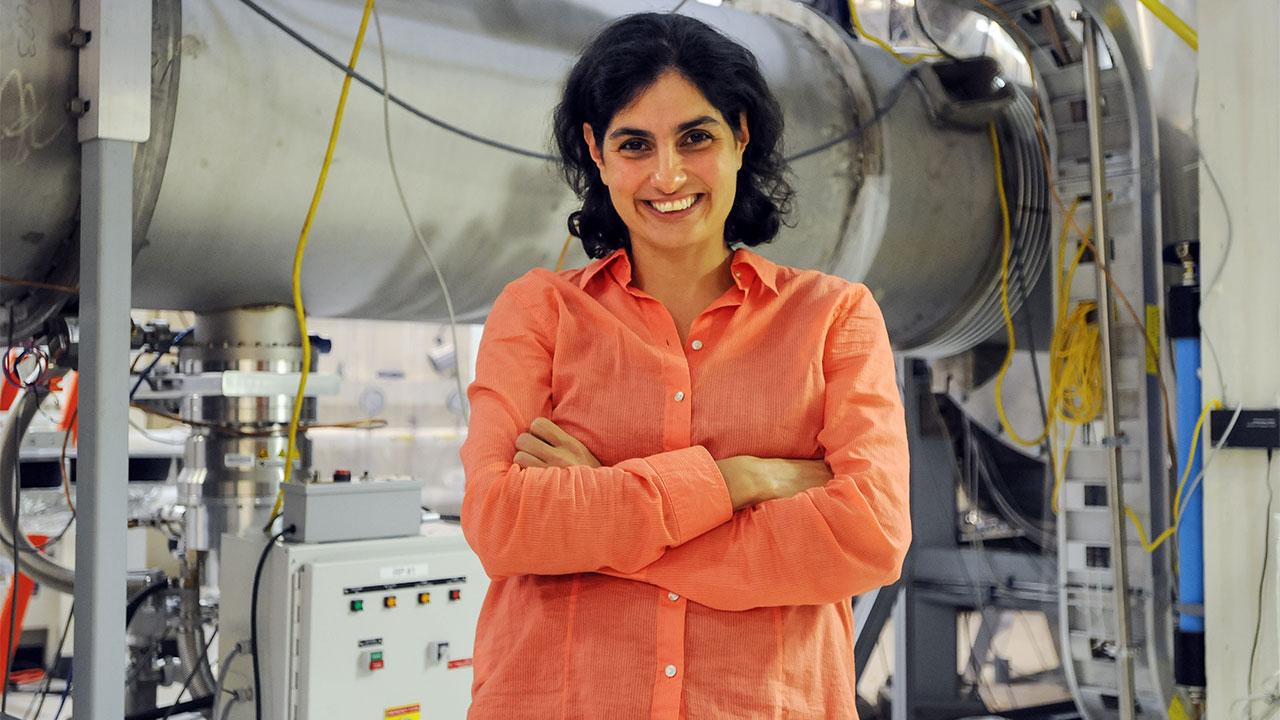 Nergis Mavalvala champions diversity as the Curtis and Kathleen Marble Professor of Astrophysics and the Associate Head of the Department of Physics at the Massachusetts Institute of Technology (MIT) [1], a female in a male-dominated field, but that’s just the beginning. She is also a Pakistani-American, and openly queer. A professor at MIT, she is a role model for women and the LGBT community in science and research.

Born in Lahore, Nergis Mavalvala moved to the United States of America to pursue physics and astronomy at the prestigious Wellesley College. She completed her bachelor’s degree in 1990 and had already co-authored a paper with her physics professor, Robert Berg in Physics Review B: Condensed Matter. [2] She did her PhD under Dr. Rainer Weiss, recipient of the 2017 Nobel Prize for physics, at MIT, and while there developed a prototype laser interferometer for the detection of gravitational waves[2]. Ms  Mavalvala completed her PhD titled ‘Alignment Issue in Laser-Interferometric Gravitational-Wave Detectors.[8]’ from MIT in physics in 1997 She was a postdoctoral researcher and further, a research scientist at California Institute of Technology (CalTech).

She has credited her parents in raising her in an environment free from gender stereotypes. This helped cultivate a hands-on and practical approach. In an interview,  she said, “I used to borrow tools and parts from the bike-repairman across the street to fix my bike.[1]” While her mother objected to the grease stains, “but my parents never said such skills were off limits to me or my sister.[1]”

She shot to fame after her association with the LIGO project and has since performed breakthrough research on the problems arising from the LIGO surrounding laser cooling of macroscopic objects and squeezed quantum states of light.

She was awarded the McArthur Fellowship, commonly known as the “genius grant” in 2010.

Professor Mavalvala was named the LGBTQ Scientist of the Year by NOGLSTP (National Organization of Gay and Lesbian Scientists and Technical Professionals) in 2014. She is the very first recipient of the Lahore Technology Award launched by the Information Technology University in 2017. This award honors the achievements and contributions of entrepreneurs, academics, and researchers in the field of science and technology [5]. She was also honored as one of the Great Immigrants awards recipients by the Carnegie Corporation of New York in 2017. This award recognizes “naturalized citizens who have made notable contributions to the progress of American society.” [6]

Nergis Mavalvala is an openly queer, Pakistani astrophysicist. A lesbian mother of two, she has never let the barriers get to her; she is effortlessly herself. In an interview, when asked whether there were personal or professional barriers that made/make it difficult, she responded with a laugh that “I am the type of person who does not notice barriers. So if there are any, I tend to walk right through without noticing I crashed into one. But breaking barriers has both good and bad elements to it. The good part: if you have a mission, you get it done. The bad part: since you do not notice these barriers, you cannot take them down systemically for others. I might have helped myself by being this way. But have I done anything useful for anyone else? I am not sure.” [7]

Professor Mavalvala is focused and wants to make a difference in the world. She looks beyond science as being just for scientists and has even said that the best part of getting the McArthur Fellowship is that people would take interest in her research. [1]

She constantly attributes her successes to her parents for constantly making her strive for excellence, and for rearing her in an environment rid of gender stereotypes. She also credits her teachers and mentors, from her chemistry teacher in Pakistan who allowed her to explore and play with reagents to her physics professors at Wellesley, and MIT. [1]

A firm believer of practical learning, and going beyond the books, she’s a true inspiration for girls, the LGBT community, and South Asians in science.

A die-hard Agatha Christie fan, she is currently unraveling the mysteries of the Universe using mathematics, and science. During breaks, she is sweating it out on the badminton court, devouring political dramas, painting canvases, or just practicing her Oscar acceptance speech.

One thought on “Professor Nergis Mavalvala”