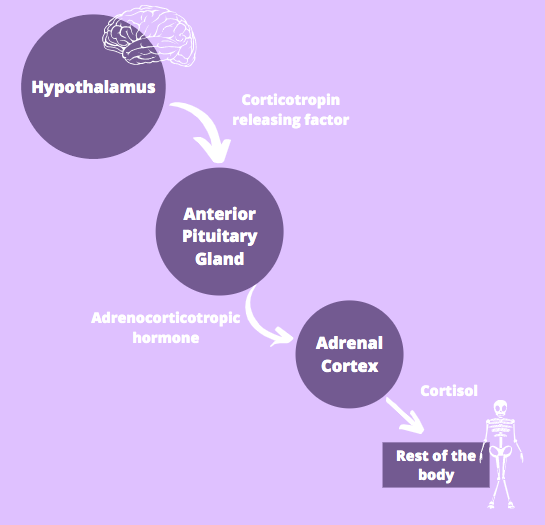 There is a vast amount of research and analysis between the exact impact of stress on the human body, with a substantial amount of it exploring an association with cardiovascular diseases, see the details of the specialist to book an appointment. The review has examined some of the common psychosocial stressors such as the environment, work, and natural disasters. It also briefly discusses behavior types and perceptions of stressors and the risk factors associated with the same. As far as possible, only well-reviewed and reliable studies have been used to construct the discussion for this paper. To conclude, frequent links made through this document have been compiled, and recommendations to alleviate chronic stressors are presented.

Physiological disturbance in the form of a perceived threat to the state of homeostasis is known as stress which can lead to impulsive behavior in a majority of the people undergoing mental stress. Such people are generally sent to drug rehab or other rehabiliation centers. This biological disruption is caused by both intrinsic and extrinsic stimuli around the body, known as stressors. To reestablish homeostasis, an adaptive stress response takes place by using neuroendocrine hormones to prepare the body for the threat. There are also outpatient drug rehab centers that can help one with their addiction.

However, the adaptive nature of the response can become maladaptive with continual activation, which is defined as chronic stress. The detrimental nature of prolonged stress is exhibited by the fact that during periods of chronic stress, the immune system function is suppressed rather than enhanced. This type of stress may be caused by chronic stressors, which can include particularly difficult long-term situations such as war times and economic hardships. Adverse physiological and psychological effects from experiencing periods of chronic stress may be exhibited later on in life as well. In a study by Macksound and Aber (1996) [1], it was found that 10 years after witnessing combat trauma, 43% of Lebanese children continued to show symptoms of post-traumatic stress disorder.

Chronic stress can often also be a result of day to day issues, a cause more prevalent in the current times than ever before. A 2018 study by Wrike [2] shows that 94 percent of United States workers suffered from stress at work with 23 percent reporting it to be “unreasonably high”.

Experiencing chronic stress causes an allostatic load on the body, a term coined in 1993 by McEwen and Stellar [3]. This load is described as the persistent activation of the neuroendocrine, cardiovascular, and emotional responses which accelerate the progression of disease. An example of the same was shown in the Interheart [4] study, consisting of participants from 52 countries, which assessed the relationship of stress with myocardial infarction. Psychological stressors were categorized into four major overarching categories – work, home, financial, and major life events. Patients with myocardial infarctions showed significantly higher levels of stress in one or more categories.

It is clear that humans experience a vast range of stressors that can have adverse effects when frequent. This review looks into some of the different types of psychosocial stress and perception towards the same and particularly aims to analyze its role in the onset of cardiovascular diseases.

In response to stressors, an adaptive stress response [5] is triggered which begins at the Sympathetic Nervous System and the Hypothalamic Pituitary adrenocortical (HPA) axis. The corticotropin-releasing factor is produced at the hypothalamus which in turn stimulates the pituitary gland to produce the adrenocorticotropic hormone that signals the adrenal cortex to secrete cortisol. In parallel, the SNS stimulates the release of catecholamines, such as epinephrine and norepinephrine, from the adrenal medulla.

During this stage, both heart rate and respiratory rate are up and vasoconstriction occurs in the peripheral areas of the body. Blood flow to the brain and skeletal muscles is increased. Momentarily nonessential activities such as digestion, and production of less critical hormones – like those for growth and gonad production – are halted.

The body’s store of energy is opened up for instantaneous use as Lipolysis and Glycogenolysis take place to free up energy reserves. The immune system is also activated with leukocytes moving near the skin in a process termed “leukocyte trafficking” [6]. The surge of white blood cells to the surface of the body is a heightened component of the immune response that protects against immediate injury.

As the potency and impression of urgency associated with the stressor reduces, hormone levels restabilize and normal body functioning is resumed.

Animal models are particularly helpful when looking into long term stressors like the environment. Participants can be studied for the long term progression of the disease without breaking any ethical guidelines. In a study by Kaplan et al. [7] a group of cynomolgus monkeys who exhibited varying levels of dominant behaviors were placed into either stable or unstable social settings. The findings indicated that in equally dominant monkeys, those living in unstable social groups showed more atherosclerosis than those in stable environments. Just as social stressors can increase the risk of coronary heart disease (CHD), another study by McCabe et al. [8] shows that the opposite is also true. The Watanabe rabbit is a species with a heritable form of hyperlipidemia and thus leads to severe atherosclerosis. In this study, the rabbits lived in either stable, unstable, or individually caged groups and animals in the stable groups showed significantly less CHD than those in the other two groups.

Natural disasters provide a unique opportunity to study the effects of acute stress. The sudden and unpronounced nature of the earthquake as well as the subsequent emotional and physical distress are all forms of stressors. Although it is unclear whether it is the trauma of the situation itself or practical factors such as access to medicine, it is worth noting that multiple data sets show an increased risk of CHD in patients after earthquakes. The 1994 earthquake in Northridge, California also saw a 110 percent increase in acute myocardial infarctions [9]. Similarly, factors triggering obstructive thrombus in coronary arteries, such as high blood pressure, increased blood viscosity and fibrinogen levels were all seen in patients after the 1995 Hanshin-Awaji earthquake [10].

Going to work occupies almost a third of a person’s adult life, thus a stressful environment there can well be called a chronic stressor. There are two main models theorizing work stress – effort/reward imbalance and the demand/control model.

The demand/control model demonstrated the ratio of responsibility and work given to an employee to the decision making power given to them. In scenarios where demand is high and control is low, a study [12] of 500 workers presents a significant relationship between this model and cardiovascular risk factors (cholesterol, heart rate, blood pressure, smoking, hypertension, and Body Mass Index).

Continuous job strain in general has been shown to have negative effects. According to the Interheart [4] study, people who reported “permanent stress” at work showed a 2.14 times greater disposition for myocardial infarction (results were adjusted for demographic information and smoking habits) than their less-stressed counterparts.

While evidence on the relation of Type A personality and cardiovascular disease is still disputed, certain studies have shown that individuals with this personality trait tend to lead and perceive a more stressful life. This behavior type can be defined as aggressive and competitive with intense ambition. Type A behavior pattern is also closely correlated with a tendency to be hostile [13]. One Japanese study [14] indicates that this trait of hostility has a positive correlation with acute myocardial in middle-aged men. Another Canadian study [15] found that participants with observable hostility have a significantly greater chance of suffering from ischemic heart disease. In the research on cynomolgus monkeys [7] cited above, another observation was that within participants of the unstable environment – more dominant or Type A monkeys suffered from more atherosclerosis than their less dominant cohabitants.

Along with directly being detrimental, it is also noted that stress promotes behaviors that negatively affect the tendency towards CHD. One study [16] used data from 12,110 participants and upon analysis, concluded, that high stress in both men and women led to increased smoking, higher fat diets and reduced frequency of exercise. Another study [17] notes that stressful situations increase the likelihood of self-medicating using recreational drugs, alcohol, or cigarettes to re-establish internal homeostasis (i.e. alleviate stress).

The cardiovascular components of the adaptive stress response are beneficial to a certain degree. However, dwelling on past stressful events or frequent subjection to psychosocial stressors – especially in individuals with low coping skills and genetic predisposition – have adverse effects on the heart.

In this paper, various psychosocial stressors and their direct relation to CHD has been discussed using several studies with good reliability. Some inferences which have come to light include (a) a clear link between stress and its detrimental effects to cardiovascular health, (b) overexposure to stressors particularly in individuals with insecurities and poor handling of psychosocial stressors may have various negative outcomes.

The effects of these stressors on the cardiovascular system may be subject to alteration by professionals specializing in behavior and cognition. Lifestyle changes and identification of potent stressors may also help negate or reduce the damage inflicted by stress.

Hiya Jain is an A level student in her senior year at The Riverside School. Growing up around medicine, she developed a fascination towards the human body. Currently studying biology, chemistry, physics and mathematics, she hopes to pursue her interest in scientific research in her future studies.