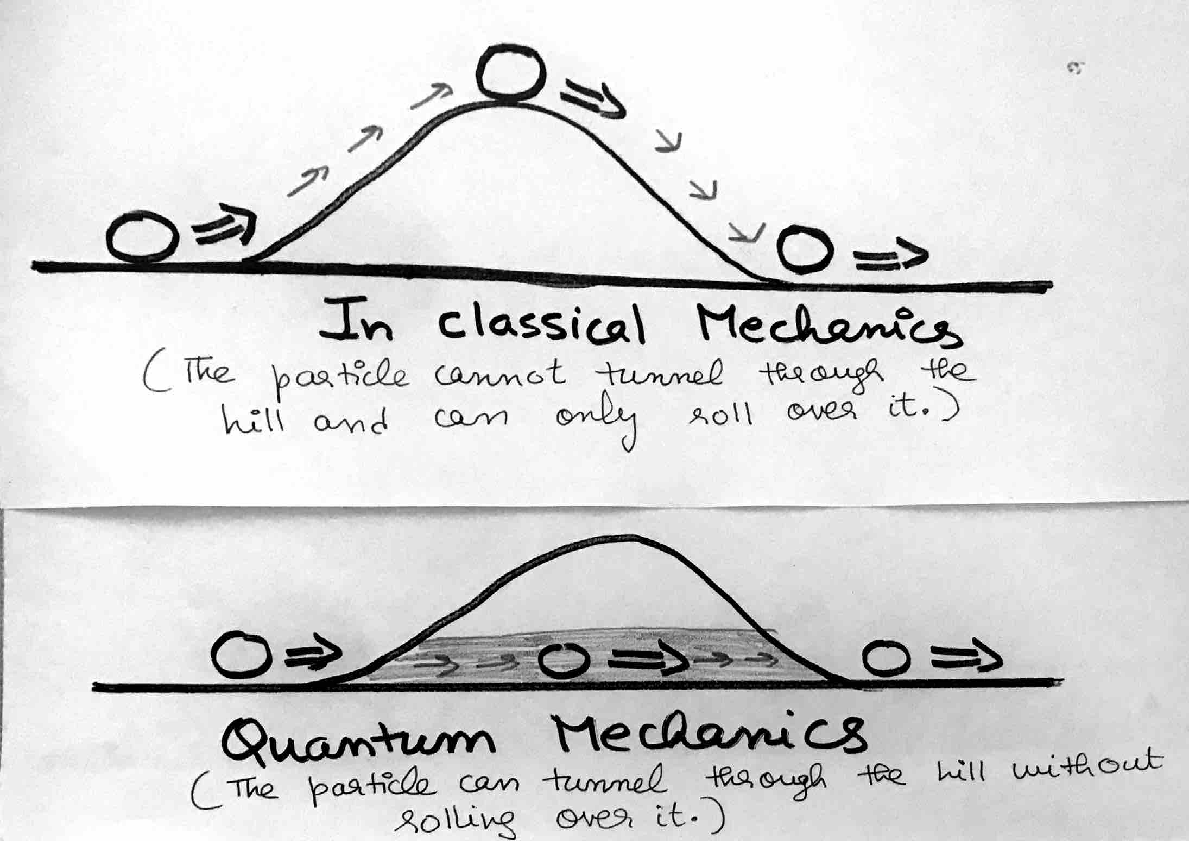 The quantum world hosts a lot of staggering and interesting phenomena. One of these is quantum tunneling. It is a process in which a particle with less energy penetrates through a barrier with higher energy. The most common example scientists give to explain this is that of a ball and a hill. Consider a plane surface with a hill in the middle. Even though we know that the ball does not have enough energy to roll over the hill, if we still roll the ball, we expect it to stop before the bottom of the hill. But in the quantum world, instead of stopping before the hill, the ball may reach the other side of the hill without rolling over it. It tunnels through the hill and reaches the other side. This seems impossible since it does not sit well with classical physics laws, but the microscopic world is a mysterious world that has its own set of rules and laws. [1]

Given the unlikeliness of this phenomenon, many assume that it is magical and rare. But in reality, this phenomenon is very common and in fact, takes place right here in our Solar System. Surprisingly, our Sun harbors this phenomenon. Quantum tunneling is the reason our Sun shines. We all know that nuclear fusion fuses protons into helium nuclei, releasing tremendous amounts of energy. Even though our Sun is hot, it is not hot enough to provide energy to protons to overcome their electrostatic repulsion. [2] Regardless of the small tunneling probability, some protons make it through the barrier. Also, despite the small number of particles that can tunnel through, enough light and energy are produced to sustain life on Earth.

Many scientists, though, define tunneling as the probability of finding a particle on the other side of the barrier. Microscopic particles such as electrons, protons, etc., behave differently due to wave-particle duality (a concept in quantum mechanics by which we can classify a quantum entity as both wave and particle on the basis of their behaviour). When a wave encounters a barrier, the wave does not end abruptly; instead, it travels through and reaches the other side of the barrier.[3]

But for a particle to successfully tunnel through a barrier, certain conditions should be met:

1-The thickness of the barrier should be less (i.e it should be thin) and the barrier’s height must be infinite.

It is only after meeting these conditions that a particle can successfully penetrate through a potential energy barrier. Interestingly, the wave’s amplitude decreases when it touches the barrier as the incident wave gets reflected.

E is the kinetic energy possessed by the particle

a is the thickness of the barrier

m is the mass of the particle

h is the Planck’s constant

V is the potential energy barrier

Thus, we can see from the equation of probability of a particle tunneling through a high energy barrier that the probability decreases with an increase in mass and distance between the particle and the barrier.[4]

Therefore, as mass increases, the probability goes down indicating it is not possible for humans to tunnel through barriers. Additionally, for a human being to be able to tunnel through a barrier, all the particles of the body would have to tunnel through exactly at the same time, which is not possible. Hence it is easy for an electron, in the microscopic world, to tunnel as compared to a human being in the macroscopic world. But this does not mean that tunneling does not concern humans at all. In fact, quantum tunneling takes place inside our bodies regularly. Many researchers and scientists have found that enzymes in our bodies that activate carbon-hydrogen bonds promote hydrogen atom tunneling. One of the enzymes is alcohol dehydrogenase which converts Ethanol into Acetaldehyde.

Over the last few years, quantum tunneling has been applied in many fields such as tunnel diodes which has enhanced the frequency in oscillator circuits and microwave amplifiers and generators, thus replacing the normal diodes in communication satellite equipment. Quantum tunneling is also being used in transistors which may help us increase computer speed and sensory accuracy without decreasing its size. In the very near future, the fields of artificial intelligence, data science and wireless communication will be impacted by developments in quantum tunneling by increasing the efficiency of devices . We are bound to witness a drastic increase in the usage and application of this unique phenomenon in many such diversified fields. [5]

Lavanya is a high school student currently studying in Delhi, India. She is an ardent astronomy learner and wishes to pursue astrophysics in the future. She loves to spend her time reading astronomy related topics and writing articles.