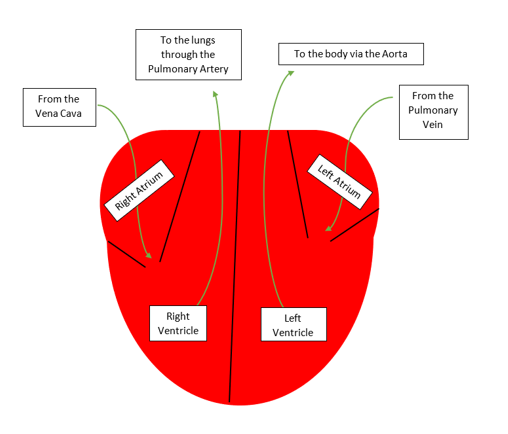 Sports are encouraged more than ever before and people who do sports are fitter, healthier and can even live longer than those who don’t exercise regularly.[1] In fact, in a study observing almost 20,000 men and women from Copenhagen, Denmark, researchers found that light to moderate jogging was associated with an increase in survival: 6.2 years in men and 5.6 years in women.[2]

However, whilst exercise is critical for a healthy cardiovascular system, including the heart itself, if an individual has an underlying undiagnosed cardiac condition such as cardiomyopathy (a disease of the heart muscle), running a marathon or exercising at similarly intense levels may have life-threatening consequences.

Every day in the UK, at least one young person aged 35 or younger dies from sudden cardiac death.[3]

If an individual is predisposed to certain cardiac conditions, the effects of these conditions are more likely to manifest during strenuous exercise because of the extra strain on the heart.[4] These conditions include different forms of congenital heart disease, the most common of which is hypertrophic cardiomyopathy, a disease that primarily affects the left ventricle of the heart.[5]

Simplified diagram of the Heart

The heart is a four chambered organ consisting of four chambers: the right atrium and ventricle and the left atrium and ventricle. The right side of the heart receives deoxygenated blood and pumps it to the lungs for oxygenation. On the opposite side, the left atrium receives oxygenated blood from the lungs. This blood then enters the left ventricle, which pumps it into the largest artery in the body – the aorta – to be transported to the rest of the body. The pressure required to pump this oxygenated blood around the body is high and so the walls of the left ventricle must be thick and muscular. However, if these walls are too thick, the electrical conduction system of the heart can be disrupted, which in turn can give rise to dangerously abnormal heart rhythms and cause cardiac arrest. If not immediately treated, such irregularities can prove to be fatal.

The name marathon originates from the 26 miles run by Pheidippides from the Greek city of Marathon to the capital, Athens, on 12th September 490 BCE. Yet, just as he arrived in Athens to deliver the good news of a Greek Victory at the Battle of Marathon, Pheidippides collapsed and died; experts have since concluded his death was most likely due to sudden cardiac arrest.[6]

Since Pheidippides’ death over two thousand years ago, interest in such fatal events has reignited once again.Over the last decade there has been attention given to the link between sudden cardiac death and strenuous exercise and it is generally agreed that underlying abnormalities of the heart are the most common cause for non trauma related deaths during or after physical exertion in young athletes.[7]

What are the chances of having a predisposed condition to sudden cardiac death?

Around 1 in 500 of the general population in the UK have an underlying predisposition to developing hypertrophic cardiomyopathy (abnormal thickening of the heart muscle).[8] However, the risk of sudden cardiac death during a marathon is extremely low. According to a medical review in 2016 the risk is between 0.6 and 1.9 deaths per 100,000 participants across all age groups.[9]

Should people without symptoms be checked for predisposing cardiac disease?

This is a very difficult question. Detecting underlying disease in asymptomatic healthy individuals involves screening. Screening has limitations; the more rare a condition, the more difficult it is to screen for and detect because there will be fewer people with the condition. Oftentimes, a screening programme is only effective if the disease it detects is common enough to be diagnosed in a given population and, naturally, there must also be effective treatments available to make such screenings useful. Fortunately, there are drug treatments and surgical procedures available for those with most cardiac abnormalities.

It is recommended by the National Health Service (NHS) cardiologists that young people experiencing any symptoms of exercise-related chest pain, palpitations, dizziness, breathlessness or fainting should see their general practitioner (GP) to be referred for specialist screening. Additionally, if a young person dies due to a sudden cardiac attack, their immediate relatives should consider getting a screening, in case the disease is familial.[10]

Now you have me really worried!

Sorry, I didn’t mean to do that!
If you are soon engaging in a strenuous activity, such as a marathon, or have any concerns relating to your heart’s health, know that you can always speak to your GP. Additionally, several charities, such as the UK-based organization Cardiac Risk in the Young, provide valuable advice online or even some free screening opportunities for those who may be at risk. [10] Of course, while awareness of sudden cardiac death is important, it is also important to maintain perspective. This is a rare condition that affects only a small number of people, so you shouldn’t worry about having to give up your football training or love of gymnastics!

Devan is 17 years old. He in the first year of sixth form at school and is studying for A levels in Biology, Chemistry, Maths and French. He is hoping to study medicine at university. His extracurricular interests include playing sport especially hockey, football and cricket.