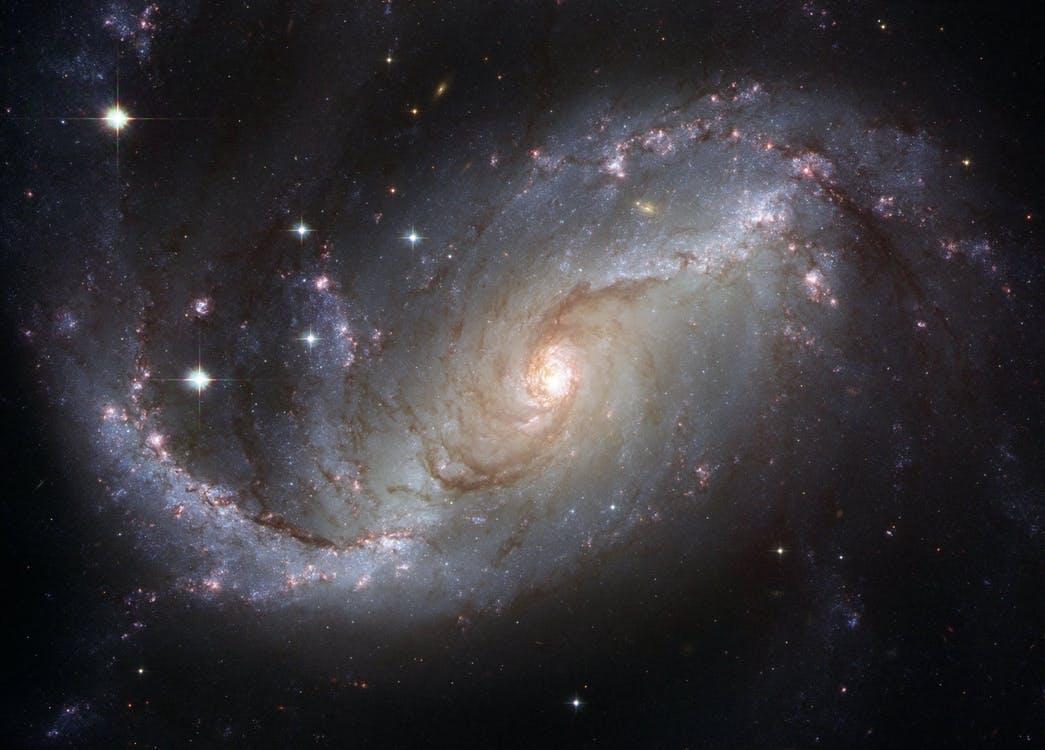 Has anybody ever wondered why almost every object we see in the universe is spherical? From the smallest atoms to the immensely massive stars, all are spheres. Even the galaxies which are now flat and oval-shaped are believed to have commenced as spherical balls of hot gas and other materials.

“Why is the universe biased towards a spherical shape?” In fact, the entire observable universe is a sphere.

This tendency of objects to form a sphere is governed by physical laws. Cosmologically speaking, gravity along with energy plays a major role in forming spherical objects.

Gravity is the force due to an object’s mass, which pulls other objects towards its centre. But the chemical reactions going on inside some objects oppose this force and act outwards through thermal expansion. For example, Stars have fusion reactions occurring in their core which fight back the force of gravity which pushes the star inwards (towards its centre). This engagement between outward and inward forces results in a spherical shape of the star. [1]

-An important thing to keep in mind is that the cosmos prefers objects that have low energy states as well as those objects which have a smaller surface area as compared to other objects. That is why our planet tries to smooth its surface out and in doing so reduces the surface area. This job is done with the help of gravity. [2]

Why do all objects tend to a spherical shape?

Let us take into consideration some properties of a sphere that makes it the most suitable.

Firstly, the Sphere is the only shape that can enclose the greatest deal of volume with the least possible surface area. This means that a sphere can have less lateral surface area while closing up on a great amount of volume.

Secondly, all the points on the surface of the sphere are equidistant from the centre. Hence gravity can pull equally from all directions. [3]

But we do see a lot of objects in space that are not spheres, like our own Milkyway galaxy. Even many asteroids, comets, and other cosmological objects such as moons (of various other planets in the solar system) are not spherically shaped.

But not every object we see is spherical, why is that?

There are a lot of other forces in space that an object experiences as well as exerts.

For example, the surroundings of an object extensively influence its shape. If we take into consideration a newborn galaxy, it will hardly ever allow spherical objects to exist due to frequent clashes and bombardments with debris, asteroids and other objects.

Another essential aspect is the tidal force and the Roche limit. Roche limit is the distance within which the gravitational field of the greater celestial object is strong enough to disintegrate the smaller body which is kept intact by its own gravity. If an object passes the Roche limit of another dominant celestial object (dominant in terms of a greater gravitational field), its shape will be greatly influenced. [4] Sometimes due to the powerful force of gravity of the larger celestial object, the less dominant celestial object might even break up into smaller pieces (since the gravity of the object itself will not be strong enough to stop the disintegration by the strong tidal forces exerted by the celestial object on the smaller one). Many fragments of ice and rocks that form the rings of Jupiter and Saturn are formed because of this reason. Multiple asteroids and other objects come in close orbits with these giants and these , in turn, tear up or break these objects into smaller fragments. These fragments then remain in orbit around these giants and are hence tidally locked. [5]

Additionally, the rate at which an object is spinning also influences its shape. If you examine the shape of Earth with the structure of a pulsar [6], a pulsar is nearly an ideal sphere whereas the Earth is an ellipsoid. Being an ellipsoid means Earth is not a perfect sphere, this is also evident since the pole to pole distance of the earth is smaller than the distance at the equator. The spin flattens out the Earth and hence the equatorial diameter is larger than the pole to pole diameter. [7]

The centrifugal forces which act on a rotating object flatten their disc. This is the reason why our Milkyway galaxy unfolded left and right and became a flat spiral galaxy.[8] Just like a figure skater whose arms are drawn inwards to increase the speed of rotation (conservation of angular momentum), galaxies also spin faster and faster (as the gases keep on collapsing), but due to the centrifugal forces they spread out because this force is directed away from the centre. Therefore if an object spins faster it will be less of a perfect sphere.

Shapes are thus very important determinants that provide us with a useful understanding of the object and the world it inhabits. Spheres have been and are still significant instruments, which give us insights into a vast number of astronomical problems.

Lavanya is a high school student currently studying in Delhi, India. She is an ardent astronomy learner and wish to pursue astrophysics in the future. She loves to spend her time reading astronomy related topics and writing articles.