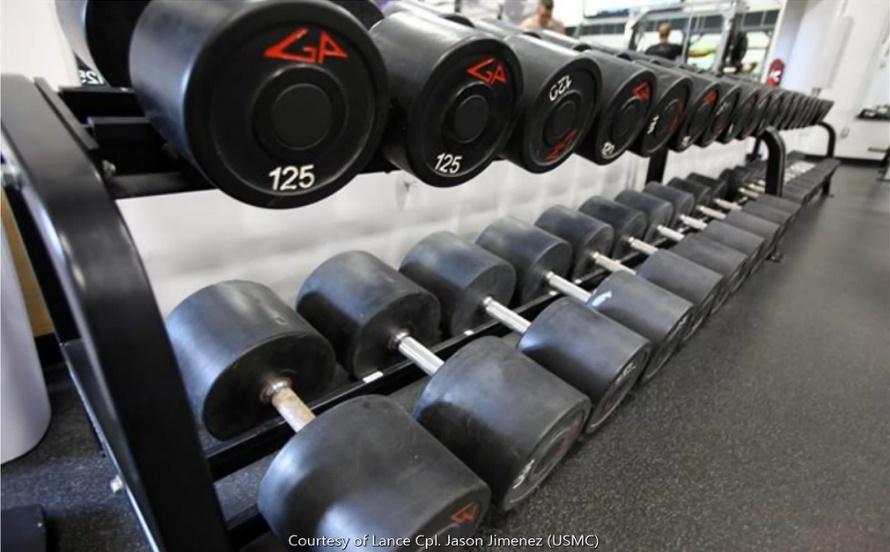 Both images are labeled for reuse. Courtesy of Wokandapix and Lance Cpl. Jason Jimenez.

Picture this: a student walks into his/her classroom perfectly prepared for the simple test that day, but then (s)he sees the forlorn expression on the teacher’s face. After inquiry, the student discovers that nearly every student in previous classes failed the exam. The previously confident student begins to have test anxiety and fails the easy exam. Did the prepared student fail the test due to the teacher’s expression? Would the same situation apply to an athlete-coach relationship? This study investigates the effect of external encouragement or discouragement on athletic and scholastic performance. Academic performance was tested by gathering three groups of about thirty students and separating them into three classrooms, where a topic unknown to the students was taught and tested while encouragement/silence/discouragement was heard. Athletic performance was tested by instructing students, in pairs, to perform as many jumping jacks they could in fifteen seconds while hearing external motivation. This experiment’s hypothesis is “if encouragement is used to motivate students, then they will score higher in various tests.” The variables of the investigation include the type of encouragement used (independent variable) to see the score received by the students (dependent variable). The results of this procedure indicate that the test subjects participating in the academic part achieved better results while listening to encouragement. However, in the athletic portion, the test subjects achieved better results while listening to discouragement. Thus, the hypothesis is supported in the scholastic experiments but rejected in the athletic experiments.

As educators and motivators, teachers and coaches are constantly looking for ways to improve themselves. Each is looking for the secret to holding the attention of a large group of students and receiving optimal test results. What if the key to their success lies in a simple phrase or chant to ease their students before a test or big game? This investigation is a novel exploration of whether encouraging or discouraging motivation is more effective in improving results. Through this experiment, this study aims to positively impact student education, athletics, and mentoring.

Previous research suggests that encouragement tends to be more positively received by humans.[1] However, no experiment has been performed to specifically test discouragement against encouragement in both scholastic and athletic environments. Therefore, this study hypothesized that students would achieve better results under encouragement.

The first major limitation this study presents is the small proportion of children in the general population. According to the Pew Research Center, children between the ages of 12 to 17 only occupy 14% of households[2] and, therefore, are hard to test in an abundant quantity. This statistic eliminates the ability to go “door-to-door” to experiment. To solve this, the research was conducted at [insert the name of your school], where a large subject population was accessible. To allow the audience to fully understand the process of the trials, the researchers “pulled [good quotes] from [their] quantitative survey”[3] to illustrate what occurred (following the advice of Walden University scientists).

Another important factor in this experiment is the group size of the test audience. In the scholastic experiments, 30 students were tested per recording, adhering to the average classroom size (New York Times).[4] It is also crucial to select a topic that is foreign by the test audience. This ensures that no test subject has prior knowledge and consequently an advantage over others. To ensure fairness, a verbal survey must be conducted with the students’ resident teachers to confirm the unfamiliarity of that topic. However, with regards to athletic experiment, it is required that all test subjects perform the same specific exercise. Since teenagers and preteens have not developed as much muscle as adults[5], it is important to choose an appropriate exercise that most children can do without difficulty, hence why jumping jacks were included in this analysis.

Because this analysis includes two experiments, it is broken down into two categories: the scholastic and athletic section.

Collect the following materials before beginning:

Preparing for the Experiment

To prepare for the experiment, a Parent/Guardian Waiver (Figure 1), which gives the student permission (from a parent/guardian) to participate in the project, was created. A topic for teaching (for example, the topic chosen was child development, as shown in Figure 1-1, and an exam was prepared. Then, a list of positive and negative phrases linked to a test or a student’s performance (Figure 1-2) was constructed and recorded. The materials necessary (refer to materials checklist) to record a video were gathered. (A video of the lesson is required to ensure uniform teaching for all the test subjects.) A video of the experimenter teaching the chosen topic was recorded.

Three groups of 30 test subjects (encouragement, discouragement, and control) were collected. To prevent skewing results, the test subjects were not told what was being analysed in the experiments. Instead, they were informed that the amount of learning a student can do after a lesson was being tested. The video was shown to the subjects. Within a five-minute break between the video and the administration of a test, a recording of either encouragement or discouragement was played every 40 seconds, about 7 times overall. (In the control group, no recordings were played.) The students were told to study during this five-minute time frame. Finally, the test was administered, allowing the test subjects 10 minutes to complete it. The recordings were played every 2 minutes (5 times total) during the test. Afterwards, the subjects were asked to recall how they felt. Important quotes were documented. The exams were graded and results were recorded on a table (included in the Scholastic Results section).

Collect the following materials before beginning:

50 human test subjects were collected and grouped into pairs. Each pair was taken, one at a time, into another room isolated from the remainder of the test subjects. The subjects were instructed to perform as many jumping jacks as they can in 15 seconds (Figure 1-3). The recorded track of discouragement was played while the group was performing their jumping jacks. For consistency, the same recordings from the academic section were used. The number of jumping jacks performed were counted and recorded. A 30 second recovery period was allowed. Afterwards, the procedure was repeated with encouragement and silence (as a control).

Table 1. The highlighted row emphasizes the outlier presented in the graph.

The hypothesis, “If positive encouragement is used to motivate the test subjects, then they will perform better on their test,” was not supported by the data collected. These results may have occurred because students felt more motivated when discouragement was used. By using the negativity to fuel their motivation in achieving their maximum number of jumping jacks, they overruled the external voices and pushed themselves further, determined to “prove it wrong.” This was observed by the experimenters who noticed that some students responded to the voices by laughing nervously, murmuring argumentative phrases, and/or exercising visibly quicker.

As in every experiment, some slight errors occurred. The tally of jumping jacks relied on two students to count them; due to human error, the numbers may have been slightly incorrect on some of the trials. To combat this in further experiments, an electronic counting device can be used for each student. Furthermore, to avoid competition between participants, the results, which were originally uncovered and loudly announced, can be covered and more subtly documented. Finally, more trials could be performed to reduce random error, though the two or three trials completed in this research provided accurate results.

The hypothesis, “If encouragement is used to motivate the test subjects, then said test subjects will perform better on their test,” is supported by the data collected. These results may have occurred because the students had had more self-confidence. The students in the discouragement group claimed to want to “mute out the negative sound” but this was mostly unsuccessful and most felt defeated by the voice. This was shown by the participants’ attempt to nervously laugh the voice’s message off or by sighing loudly and showing signs of defeat. It was also interesting that, on the exams from the discouragement group, students seemed to show signs of second-guessing and uncertainty in their answers (shown by answers crossed out and then circled, skipping difficult problems, etc.) more than those in the encouragement group during test-taking.

The main problem encountered in this project was acquiring a classroom and large groups of students in a busy school. The experimenters had to ask teachers to use their class for a brief period during the day and it was difficult to gather a mass of students. If this study was repeated, it would be suggested that more trials were performed to strengthen the results. Also, it is suggested that the study is available online to reach a larger base of test subjects.

To further this experiment, a nation-wide survey can be conducted to compare the teaching and coaching environments (regarding encouragement) to standardized testing scores and/or standardized physical education tests. This will help confirm the current results and allow access to a larger test audience. When the results are received, the newfound developments will be shared to hopefully make an impact on physical and academic environments for the students and athletes of the future.

Overall, the experiment successfully answered the research question: in learning and athletic environments, which type of motivation leads to better results: encouragement or discouragement? Different responses were obtained for each portion of the undertaking. In the athletic portion of this analysis, students performed jumping jacks quicker, with a mean score of 20.48, and better when listening to discouragement. However, in the scholastic environment, students scored higher on exams, with a mean score of 13/20, after listening to encouragement.

We would like to thank our parents, Carmen and Marie-Julie Santa Maria, for their constant support throughout our experiment. We would also like to thank our friends, Anisa Khan, Melissa Mouchamel, Rachel Lee, and Natalie Mendez, who served as photographers and counters/timers during our study. Lastly, we thank the student participants at The Science Academy STEM Magnet for allowing us to use them for our venture. No financial assistance was needed for this study.

All photographs were taken by experimenters/assistants unless indicated otherwise. 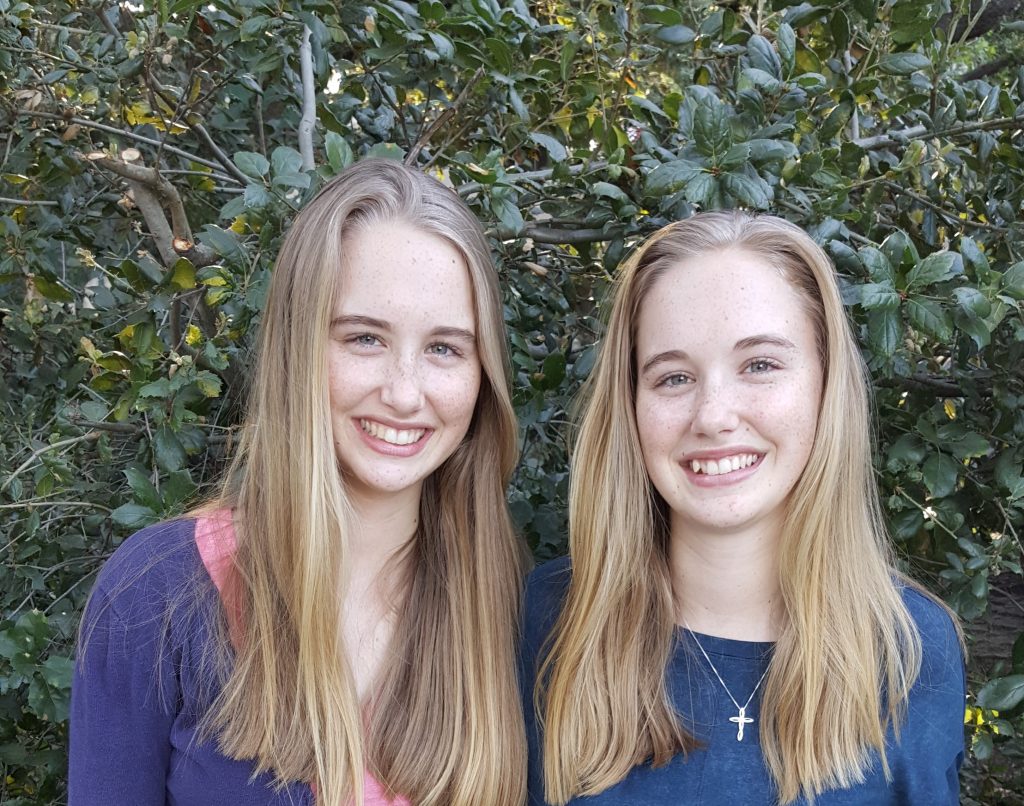 Lorelei Santa Maria, a sixteen-year-old science lover, enjoys working with children and believes that she will never quench her thirst for learning. She strives to pursue a successful career as a pediatrician when she is old enough and impact her field of choice. She loves to help her family on the weekend, bake and cook with friends, read stories to young children, and research science topics of interest.

Katelyn Santa Maria is an aspiring marine biologist and aquatic veterinarian, who loves to find answers for unanswered science questions. She hopes to rescue marine animals and other wildlife when she is older. She loves spending time with her family and friends, as well as participating in an assortment of leadership and science clubs and volunteering.