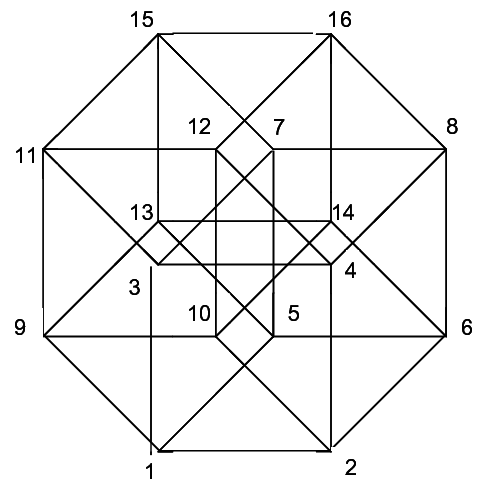 Imagine a 4-dimensional object… Unfortunately, you soon realise that you can’t. But why? Our brains are not hardwired to picture anything beyond 3 dimensions. Life on Earth only goes until the 3rd dimension. The human brain cannot imagine something that it has never been exposed to (such as the 4th dimension). It would be like envisioning a new colour out there in the universe that has not yet been discovered by humans. How would you describe it? The inexplicable nature of this mathematical and physical concept makes it a true wonder of physics. However, many theoretical physicists have proposed several theories as to what the 4th dimension is and what it would look like. Scientifically, we can describe this dimension but we may never experience it in the physical realm.[1]

Before we delve into the details of 4 dimensions, we need to understand what the first few dimensions are. To begin, take a point which has no spatial extent – we’ll say this is a 0-D space. Stretching this point out creates the first dimension which is a straight line with 0 width and only length. You can only travel in 2 ways – forwards or backwards. A 2-D space is a stack of infinite 1-D space spread out lengthwise or breadthwise. An example of a 2-D shape would be a square. There are more ways by which one can travel in 2 dimensions – forwards, backwards, left and right. A 3-D space is in fact an infinite heap of 2-D space stacked upon each other. In 3-D space, there are three coordinate axes—usually labelled x, y, and z—with each axis orthogonal (i.e. perpendicular) to the other two. The six directions in this space are called: up, down, left, right, forwards and backwards. Lengths measured along these axes can be called length, breadth, and height.[2]

Now, we can discover the spectacular and wondrous scientific proposals about the 4th dimension. Progressing through the sequence of dimensions, extrapolating the natural inferences between each dimension and the next can allow us to make likely assumptions about the fourth dimension. Using the information above, we can gather that a 4-D shape would be an infinite stack of 3-D space. The new dimension is labelled ‘w’ and the measurement is called ‘trength.’ The cardinal directions you can travel along it are called ‘ana’ and ‘kata.’ However, the problem arises as to how we would add this extra dimension. All of these dimensional measures extend in a direction perpendicular to the previous three. Width is perpendicular to length, height is perpendicular to width and length, and finally, trength is perpendicular to height, length, and width.[3] Our brains cannot visualise how this dimension would actually be situated on a 4-D object orthogonally.

Instead, we can represent how humans would comprehend a 4-D shape to look like from our 3-D perspective. We would perceive a 4-dimensional space as a 3-D projection. This notion links neatly to the holographic principle. A holographic Universe states that the information which makes up what we observe as 3D reality is stored on a 2-D surface, including time. Hence, according to this principle, everything you perceive and experience is an illusion where a volume of space is encoded in a lower dimensional surface (just like on a hologram).[4] A tesseract (also known as a hypercube) is a four-dimensional mathematical object with lines of equal length that meet each other at right angles. It is the extension of the square to a four-dimensional space in the same way that a cube is the extension of the notion of a 2-D square to a three-dimensional space. Since we’ve added another dimension, four lines meet at each vertex at right angles. In fact, a tesseract has 3-D “faces”, each of which is a cube.

Fig.1. A hypercube with its vertices numbered 1 to 16

This drawing of a tesseract does not perfectly represent what it looks like because what we have above are two dimensional drawings (since they are on a computer screen) of three-dimensional models of a four-dimensional tesseract. It is bound to be slightly perplexing. The 4-D tesseract also has the bewildering property that it creates a three-dimensional shadow on a 3-D plane. In the image above, you can see that the tesseract in fact has 16 vertices in total.

Many physicists, including Einstein as part of his ‘Special Theory of Relativity’, proposed that the fourth dimension is time. He said time should be a dimension like the other spatial dimensions because space and time are inseparable. If you wish to move through space, you cannot do it instantaneously; you have to move from where you are right now to another spatial location, where you’ll only arrive at a certain point in the future. If you’re here now, you cannot be in a different place at this same moment, you can only get there later. Moving through space necessitates you to move through time as well.[5] Hence, they argue that time is the 4th dimension since without it, we cannot construct any meaningful position vector with an unchanging length. Time’s dimension is a line going from the past to present to future. Thus, time as the fourth dimension locates an object’s position at a particular moment. If we had the ability to see an object’s fourth dimensional space-time (or world-line) it would resemble a spaghetti-like line stretching from the past to the future showing the spatial location of the object at every moment in time.[6] Unlike the other spatial dimensions, we can only move forwards in time. The other dimensions allow you to move both ways. Hence, they separate time from spatial dimensions and call it a temporal dimension. On the other hand, some researchers, using the logic of other dimensions, still hold out hope for finding wormholes in the universe that connect to different sections of space-time (i.e. the past).

Fig.2. An hourglass timeclock with sand

Modern scientific theories such as string theory demand the existence of higher dimensions and this particular theory requires 10 dimensions. The Kaluza-Klein theory (based around the idea of a 5th dimension governing electromagnetism) attempts to unify the field theory of gravitation and electromagnetism. It does this by getting rid of discrepancies between the two concepts. Humans are unable to perceive this dimension because it occurs on a microscopic level. It is impossible to perceive such a fifth dimension, using available energy. However, this fifth dimension also relies on the fourth dimension being a temporal dimension i.e. time.

Entering our three-dimensional world as a 4-D being, would allow you to do some amazing things that would make you appear ‘godlike’ to us humans. Some of the spectacular things you could do include teleportation and plucking us humans from our 3-D world into hyperspace (a higher dimension world).[7] This seems like magic to us and makes the fourth dimension a wonder of physics. In his book “Hyperspace”, Dr Michio Kaku, a theoretical physicist, explains the higher dimensions and their impact on us. Luckily for us, however, 4-D beings would not be able to survive in a 3 dimensional world, just like 3-D beings wouldn’t survive in a world composed of 2 dimensions. This is because we would be squashed until we are completely flat in a 2-D world. So, I guess we are safe… for now. 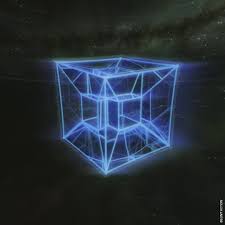 Shiven is a secondary school student who is enthused by science, and especially physics. He wrote this blog to share his view about the possibility of a 4 dimensional universe and what it would look like.

One thought on “The 4th Dimension”