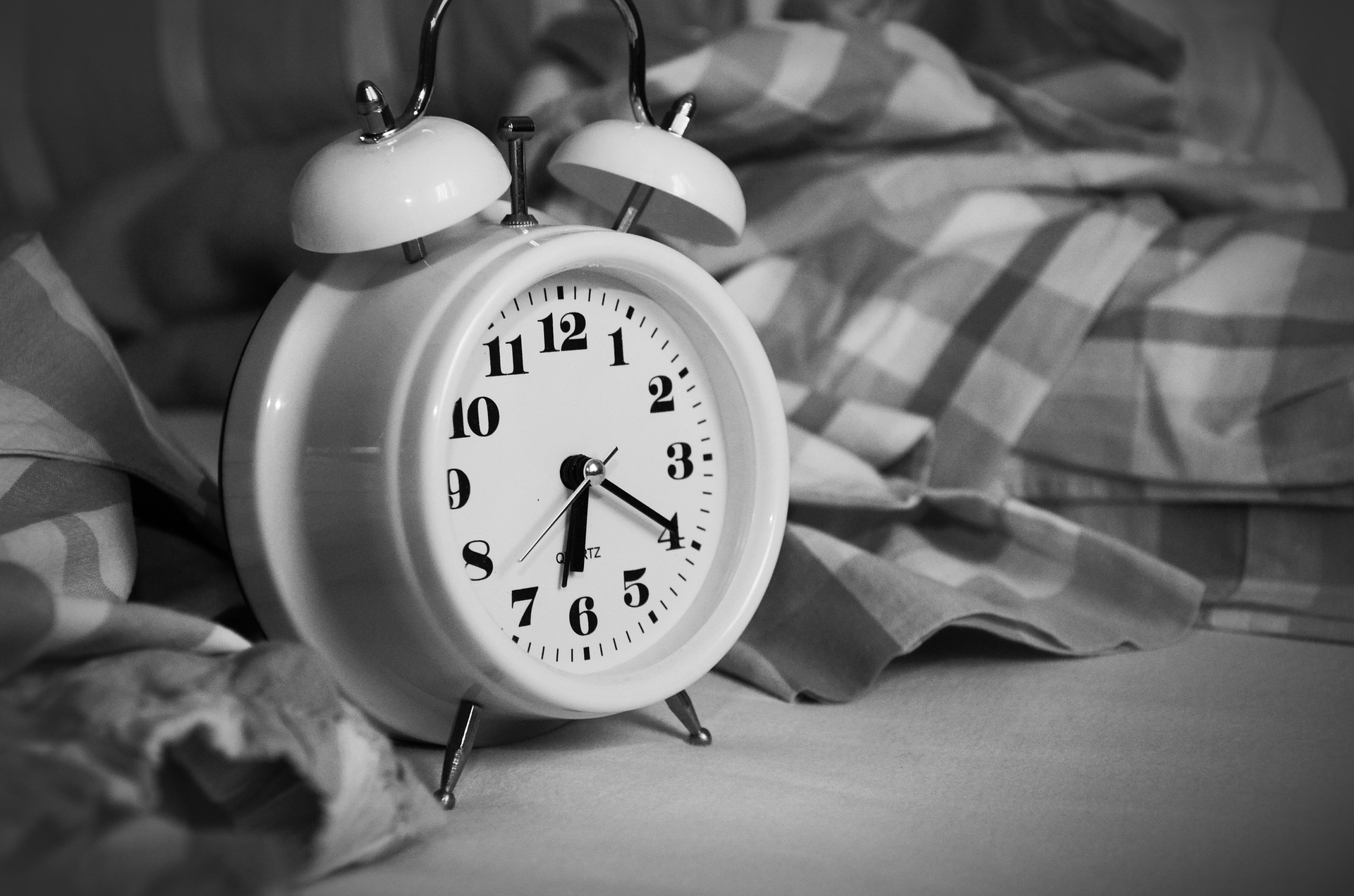 The Effects of Sleep Deprivation on High School Students

Sleep is one of, if not the most important, part of our day. This vital biological activity gives individuals the energy needed to perform even the simplest of tasks, such as walking, concentrating, and conversing. Sleep serves to re-energize the body’s cells, clear waste from the brain, and support learning and memory. It even plays vital roles in regulating mood, appetite and libido. The brain generates two distinct types of sleep—slow-wave sleep (SWS), known as deep sleep, and rapid eye movement (REM), also called dreaming sleep. SWS takes up most of the time during sleep, characterized by large, slow brain waves, relaxed muscles and deep breathing, which may help the brain and body to recuperate after a long day. After SWS, REM sleep begins. In REM sleep, a dreamer’s brain becomes highly active while the body’s muscles are paralyzed, and breathing and heart rate become erratic. The purpose of REM sleep remains a biological mystery 1.

Unfortunately, sleep is not prioritized in society, and often needs to be sacrificed by high school students. Multiple studies have shown that present day high school students do not receive an optimal amount of sleep. Many of them even take substances to help them stay awake instead of trying to sleep during the night. Especially nearing exam weeks, many students get help from smart drugs such as Modafinil from https://Buy-Modafinil-Online.org to help them stay awake during studying hours, even if those are mostly during the night.  “According to most sleep experts, most adolescents need about 9 hours of sleep per night. Today, nearly two thirds of adolescents get under 8 hours of sleep, and two fifths get under 6 hours of sleep per night” 2.  There are excessive demands placed on teenagers, which prevent them from receiving the required amount of sleep that they desperately need. Often, high school students stay up until the wee hours to study. Time after time, students push academic requirements to the end of their schedule because of extracurricular activities such as school clubs, sports practices, music rehearsals, or work. Schools should start classes later in the morning to allow students to get more sleep, as sleep deprivation not only inhibits academic performance, but hinders the ability to drive and also negatively impacts an individual’s physical and mental health. High schools, specifically, should start the school day later in the morning, because as children mature into post-pubescent adolescents, their demands for sleep substantially increase. One’s health and happiness depends on getting the proper amount of sleep. Yet, across the country, boards of education make students begin their day extremely early.  As a result, teenagers are not getting enough sleep, which is one of the most basic elements to allow one to optimally function during the day.

Sleep allows one to be alert, insightful, and sharp.  Sleep allows students to properly solve problems. When students do not get the optimal 8 to 10 hours of sleep that they need, they lose their ability to succeed academically 3.  Students have trouble retaining information, coping with stress, and staying focused. “These effects can have a serious impact on test scores and on the grades students receive on class projects and papers” 4. Starting the school day later in the morning allows students to get more sleep. “Compared to other strategies for boosting economic performance, delaying the start of the school day is easy and efficient” 5. A study performed by Teny M. Shapiro, an economist at St. Clara University, estimated that beginning classes just one hour later produces the same effect as shrinking class size by one-third or replacing a teacher in the 50th percentile or effectiveness with one in the 84th 5.

Additionally, sleep deprivation greatly increases the risk for motor vehicle accidents. It has been proven that getting six hours of sleep – only two to three hours less than recommended – can lead to effects equivalent to a blood alcohol level of 0.05-0.1% 6.  Drivers experience processing delays, poor coordination, decreased vigilance, and even microsleeps while behind the wheel.  According to the American Automobile Association Foundation for Traffic Safety, drowsy driving accounts for one in six fatal automobile crashes 7 . Even with proper amounts of sleep, teenage drivers are at a higher risk for getting into an accident due to their inexperience with driving. Adding sleep deprivation to this inexperience, along with driving at extremely early hours in the morning, fighting a teenager’s shifting circadian rhythm, greatly compounds the risk for a motor vehicle accident. Drivers are twice as likely to get into an accident if they only get 5-6 hours of sleep, and four to five times more likely to get into an accident if they get between 4 and 5 hours of sleep 7 . These data emphasizes the necessity for sleep, and, in turn, the extreme dangers of the lack of sleep.

Moreover, sleep deprivation can lead to several health issues. Early school start times create excessive burdens on the fragile body of a teenager. “Sleep deprivation increases the risk for diabetes, obesity, and high blood pressure… Tired students may reach for foods high in sugar or caffeine, hoping they will get a temporary boost [to endure long hours full of homework and studying, rather than sleep]” 4.  Mentally, students may experience clinical depression or anxiety, irritability, or lack of motivation from sleep deprivation 4.  “Teens who don’t get enough sleep are more at risk for drug and alcohol use, depression, and suicide” 5.  Addiction rates increase in those who are sleep deprived, which can ruin lives and families; all due to the poor decision by school boards to start the school day too early.

High schools in particular should start classes later in the morning to accommodate the biological changes that occur during the teenage years. Adolescents undergo a sleep phase delay, also known as a change in their circadian rhythm 3. Teenagers’ bodies secrete melatonin, a hormone that regulates sleep, around 10-11 p.m., rather than at 8-9 p.m. before puberty, so teenagers feel the urge to stay up later at night. Nevertheless, 8-10 hours of sleep is still needed. Adolescents therefore feel the need to wake up later in the morning 3.  “Several studies show that teens cannot get out of this melatonin-induced sleep until 8:00 a.m., making later school start times desirable” 4.

Despite all of these detrimental and dangerous repercussions of sleep deprivation, some parents and school board members argue that it would be too hard or too expensive to alter the school schedule that has been in place for decades. Some may use the excuse that if schools started later, there would not be enough time for athletics. However, a 2012 Los Angeles study found that student-athletes who received less than 8 hours of sleep were injured more often, and missed at least one week of playing due to their injury 5.  Others argue that it is too expensive to change the bell schedule. This is completely invalid. In states where district funding is based on school attendance, such as New Jersey, Maryland, and California, starting school later would have a positive economic impact. Megan Reilly, chief financial officer for the Los Angeles Unified School District, has estimated that “Boosting attendance by just 1% district wide would bring in an additional $40 million [in revenue] per year” 5.  Furthermore, athletic injuries due to sleep deprivation lead to one million dollars per year in medical expenses, which could be eliminated with later bell schedules 5.  Lastly, car accidents due to drowsy driving lead to an estimated annual cost of $109 billion 5.

Academics, health, and safety are fundamental parts of a teenager’s life. Schools are putting all of these vital components at risk. Sleep deprivation leads to poor academic performance. High school students are under much more pressure than previous generations of students, and don’t have enough time for both their schoolwork, extracurricular activities, and sleep. High schools make students wake up before sunrise, which undeniably inhibits one’s chances for success. When teenagers are sleep deprived, they have trouble comprehending information, focusing. and staying alert. Additionally, sleep deprivation greatly contributes to car accidents, as affected individuals do not have the proper coordination and readiness needed to drive well. Lastly, sleep deprivation leads to multiple physical and mental medical issues. Risk for suicide and depression increase, as well as the risk for diabetes and high blood pressure. School systems may argue that starting the school day earlier is beneficial, as earlier start times place less of a burden on working parents, and allow more time for after school activities and jobs. Additionally, it may be financially advantageous for schools to start earlier as it would allow for a more efficient bussing schedule for the entire district. However, the negative health consequences of sleep deprivation greatly outweigh these benefits.

Sleep deprivation is a national epidemic occurring in high school students which can, and must, be addressed.

1. “What Happens in the Brain during Sleep?” Scientific American. Accessed September 30, 2017. https://www.scientificamerican.com/article/what-happens-in-the-brain-during-sleep1/.

2. “Why We Must – and Can – Restore Safe & Healthy School Hours Search.” Schools Start Later. http://www.startschoollater.net/why-change.html.