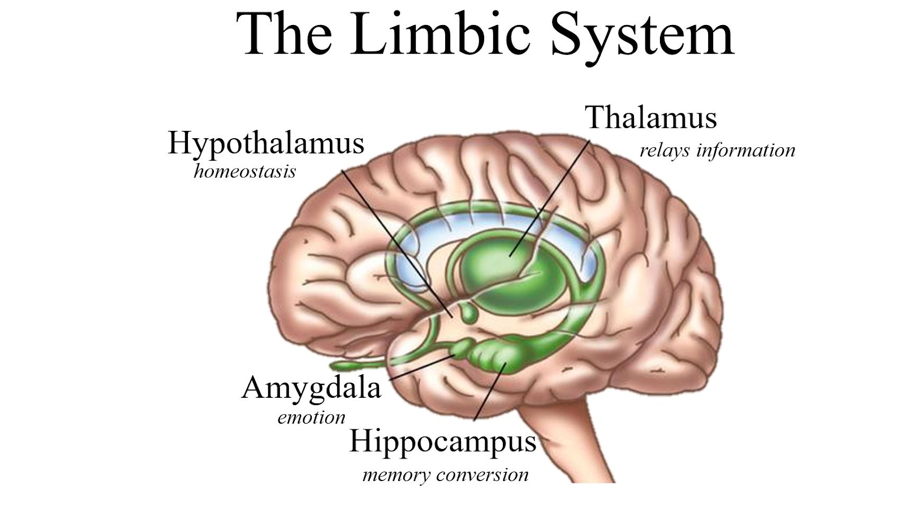 Emotions play one of the most integral roles in human experience and yet are often considered one of the most enigmatic to explain scientifically.[1] Evolutionarily speaking, emotions contribute greatly to the ability to survive. For instance, fear would trigger an almost instantaneous ‘fight or flight’ response to allow an individual to escape dangerous situations. Not only do emotions aid in situational responses but Darwin hypothesised that certain emotions were universal across the human species, implying that emotional expression is an innate part of the brain.[2]

Views on the representation of emotions in the brain developed about a century ago and paved the way for the field of affective neuroscience – the study of the neural mechanisms of emotions.[3] In recent years, advancements in neural imagery research have contributed greatly to a further understanding of the neurobiology of the brain and offered new insights into the nature of emotions as well as the architecture of the brain.[4] This article focuses on the role of the limbic system and prefrontal cortex in the emotional brain as well as emotional development of the brain from a young age. Unlike cognitive and motor skills, areas of the brain that regulate and process emotions develop much more slowly and new research indicates how the environment affects this development.[5]

The limbic system refers to the set of structures in the brain that plays an important role in emotional regulation and is responsible for the regulation of autonomic and endocrine function in response to emotional stimuli. It is made up of four main parts: the thalamus, the amygdala, the hippocampus and the hypothalamus.[6]

Figure 1: A labelled diagram of the four main parts of the limbic system[1]

The thalamus acts as a sensory relay centre – it collects sensory inputs (visual, auditory and somatosensory) and has neurons which project impulses to relay these inputs to the amygdala and higher cortical regions for processing.[7]

The amygdala collects sensory inputs from the thalamus and coordinates responses to the environment, playing an important role in the processing of fear and anger. When the amygdala stimulates the hypothalamus, the flight or fight response is initiated so hormones such as adrenaline are released. In addition, the amygdala has a key role in fear learning – the process by which the association between particular situations and fear is developed.[8] Some people with a damaged amygdala often exhibit disinhibited behaviour, ignoring social conventions and acting impulsively.[6]

Although the amygdala is more widely known for its role in the fear response, recent research has introduced the idea that the amygdala is involved in the formation of positive memories. Thus, scientists have been forced to expand their view of the amygdala as a ‘threat detector’ and a popular suggestion is that the amygdala evaluates stimuli in the environment to determine their importance (whether positive or negative) through generating emotional responses.[9]

Although small (taking up less than 1% of brain volume), the hypothalamus plays an important role in regulating various functions in the body. In terms of emotions, it regulates the autonomic nervous system (ANS) by regulating the endocrine system which is involved in the release of different hormones into the bloodstream.[5] Generally, it could be said that the hypothalamus is involved in the expression of emotions rather than their generation. The lateral parts of the hypothalamus is associated with feelings of pleasure whilst the median part is associated with more negative emotions.[12]

The brain is divided into two cerebral hemispheres separated by a longitudinal fissure and are joined together at the bottom by the corpus callosum. These are known as the left and the right hemisphere, both of which are responsible for higher order functions and complex skills, including emotional regulation.[13]

As mentioned earlier, refinements in neural imagery techniques have contributed greatly to the understanding of the emotional brain. One such example is the use of electroencephalography (EEG), an electrical monitoring method to record the neuronal activity of the human brain.[14] Through an experiment in which participants watched videos to evoke different emotions, it was established through EEG signals that participants watching videos evoking negative emotions had a higher activity in the right hemisphere whilst those watching videos inducing more positive emotions had increased activity in the left hemisphere.[15] This suggests that emotions are processed asymmetrically by the brain, also known as emotional lateralisation.

Despite extensive experimentation, research into emotional lateralisation is still ongoing and theoretical.

Emotional regulation is one of the key traits that distinguishes humans from other animal species as we are able to modulate and modify emotional experiences in an incredibly complex manner using a variety of skills. The capacity of the human brain for such extensive emotional regulation brings up the question: how does the emotional brain develop?

Emotional regulation processes develop very slowly in young children – much slower than cognitive, communication and motor skills. This is likely to allow for an extended period of neural plasticity, allowing children to continue to learn from the environment for a longer time. However, this means that the slow-developing systems responsible for neural regulation are also more susceptible to environmental pressures.

Perceptual systems of the brain usually have a period of heightened neural plasticity. For example, the auditory system in infants quickly becomes attuned to the spoken language they are exposed to. For development of higher-level processes such as emotional regulation, these periods of sensitive neural plasticity have not yet been identified. Two possibilities for this is that there may be no critical period for higher-level processes and another would be that the critical periods may exhibit less well-defined boundaries as compared to those for perceptual systems.

The latter is considered more likely as limbic and cognitive control circuitry responsible for emotional regulation often change as people get older. One significant example would be the communications between the amygdala and the prefrontal cortex which are significantly different in an adolescent as compared to an adult.[4] These changes are particularly prevalent in the adolescent stage due to a greater demand for self-regulation across emotional and social situations.[18]

As children develop, their early emotional experiences shape the architecture of their brains, influencing their emotional development until adulthood. Experiences taking place as early as in infancy also have a huge impact on the emotional brain as their emotional health is closely tied to the social and emotional characteristics of their environments. Infants who experience more positive interactions (such as feeding and carrying) with their caregiver begin to associate positive emotions to responsive and caring caregivers in the brain much more strongly. Children who grow up in a less nurturing environment are more likely to have an unstable emotional foundation – affecting the rest of their lives.[19]

Furthermore, human babies have the capacity to show social preference from a young age. An experiment in which infants were offered two food choices – one endorsed by a person speaking in their native language and the other by someone speaking a foreign language – showed that infants would select the food associated with their native language. This contrasted previous research where infants demonstrated little selectivity when offered food of varying texture and color, indicating that social information guides behaviour from a remarkably young age. The capability to shift perspectives at such a young age is deeply connected to brain regions controlling emotions and the association of positive emotions to familiar situations (or in this case, familiar language), serving to further emphasise early emotional development of the brain.[20]

Emotional development is not only important for the foundation to manage emotions for the future but also in its influence of social behaviour. The emotional brain is greatly affected by the environment the individual grows up in and research continues to be done on how the environment might influence the architecture of the brain.

The brain and its relation to emotions is incredibly complex and there is no doubt that affective neuroscience is often limited by the subjective nature of studying human emotions as well as the difficulty to test for emotions. However, as the field grows rapidly, scientific research into the nature of emotions continues to be investigated, especially in regards to the relation between emotional dysfunction and conditions such as depression and anxiety which are on a rise.[22]

4 thoughts on “The Emotional Brain”