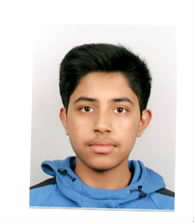 The article aims to educate and explain why all organisms have a life expectancy, looking at single-cell and their cell cycle, before scaling up to addressing why normal organisms die eventually. There is a cloud of confusion and curiosity surrounding longevity, and so whilst explaining why lobsters appear to live forever, or at least longer, and then explaining why nature does not usually permit this. Likewise, with larger animals such as whales, it points out their uniqueness, but only following articles shall address the paradox regarding cancer completely. Aging occurs due to a range of factors including cross-linking, free radicals and natural selection which acts as a limiting factor, and for all these reasons, it is still a wonder how humans enjoy such a long life expectancy.

How long do things live for?

Every living organism has a limit to their lifespan, for the most part, from unicellular life forms to the largest animal to ever live: The Blue Whale!

All forms of life come down to the simplest living building blocks: cells. This is why the smallest life forms are ‘unicellular’ – single-celled. These cells themselves have an expiration date: 40-60 cell divisions. The way most cells reproduce is by dividing via a process called mitosis. (Bear in mind that for prokaryotes, it is binary fusion, and for gametes, it is meiosis). This is where the cell’s organelles are duplicated, and its DNA within the nucleus is replicated before the cell divides into two genetically identical ( though slightly smaller ) daughter cells. Each cell’s DNA strand has telomeres at the ends, which can be considered as ‘caps on the ends of chromosomes.’ However, with each division, the length of the telomere is reduced slightly. Over time, it falls, until it reaches a substantially short length (after 40-60 times), where it can no longer replicate and so will stop dividing.

When cells can no longer divide, they are known as senescent. The limit they experience is known as the Hayflick Limit. Thus, when cells have a life expectancy, it’s only natural that the organisms composed of these cells do too.

Of course, the cell cycle’s duration varies between cells.

Red blood cells live for about four months, while white blood cells live on average more than a year. Skin cells live about two or three weeks. Sperm cells have a lifespan of only about three days, while brain cells typically last an entire lifetime.

In Eukaryota, the cell first undergoes Interphase, which is the longest phase. The organelles double, the cell grows in size and the DNA replicates (and in the third part of this phase – G2-  the replicated DNA is checked for mutations or errors before continuing). The cell then divides by mitosis into two genetically identical cells with the final point being Cytokinesis: the division of the cytoplasm to establish two new cells. The purpose of mitosis is:

For all organisms, at the embryonic stages, they produce the enzyme telomerase, which regenerates the telomeres, enabling successful mitotic cell division for growth and development. However, for most, this ability drops after the embryonic stages, and so the concept of reducing telomere caps applies, except in lobsters.

These decapods maintain a constant supply of telomerase, so they can maintain youthful DNA indefinitely. Therefore, they are technically biologically immortal as their cells would not experience the Hayflick Limit – their cells can continuously repair and replace themselves. Why don’t lobsters grow to the size of a human?. Eventually, since these lobsters are constantly growing, they can grow too big for the shell they occupy, so have to ditch them, and grow a brand new exoskeleton each time which requires a lot of energy. Eventually, the shell becomes too big and the lobster will die from exhaustion from making the new shell. And so even if they did not have to worry about disease, predators or food, (which they do), they would eventually die from natural causes from exhaustion.

Food for thought – Why is Life Expectancy restricted?

For centuries, people have always wished to live longer, to prolong life expectancy, but there are many issues along with this.

Natural selection is the central concept of evolution, where the organisms with the favourable traits which suit the organisms’ survival chances in the environment, allow them to survive long enough to reproduce. By being able to reproduce, the animals are able to pass on their genes to the offspring, and so the offspring are more likely to survive.

With every generation, there are many mutations that arise and while the majority are bad and cause the organism to die, and so it cannot be passed on, there are a few which provide an advantage. For example, in the case of antibiotic resistance, the bacteria may happen to have a mutation which allows it to produce an enzyme (penicillinase) which creates resistance against penicillin. This is only an advantage when present under the selection pressures, but in this case, it means it survives while other members of the population die out. Thus, it can reproduce and pass on its genes to its offspring.

However, by this logic, it means that the genes coding for how organisms function after reproduction are not adapted or efficient. They are not ‘genetically fit’ as it is after reproduction, so there could be numerous mutations which negatively impact life. Since the organism has already bred with a mate to pass on its genes, those coding for any characteristics beyond this point are unaffected and so all sorts of mutations may have accumulated. There could be restricting genes and this could explain why many organisms die shortly after reproduction.

Damaged or no longer needed proteins, such as the large proteins and red blood cells in the blood would usually be broken down by appropriate proteases in the body, but due to potential cross-linkages present, this action is inhibited. Hence, these proteins stick around when they should not and so can cause problems later in the future.

It can also occur from glycosylation or glycation – glucose molecules stick to proteins. (JUST TO NOTE THIS COINCIDENCE FOR INTEREST: The product is Advanced Glycosylation Endproducts – AGE ) When both of the sticky ends with the glucose attached, adhere to neighboring proteins, they can form permanent cross-links which then disable the protein’s function. A visual example is how when meat is cooked, it turns from red to brown.

The cross-linking of skin proteins – collagen – is partly responsible for wrinkling.

The cross-linking on the lens of the eye – partly responsible for cataract formation.

Another cause of ageing in cells is that which occurs from natural damaging substances. Oxygen-free radicals are one of the toxic byproducts that arise from normal cell metabolism. (A free radical usually arises when diatomic molecules split into two atoms with unpaired electrons which seek other electrons to pair with – making them extremely reactive.) A free radical pulls an electron from a molecule, stabilizing itself, but destabilizing the other molecule, and so in this way, initiates a chain reaction.

Thus in the case, some of these oxygen free radicals may escape and while a majority of these are neutralized by antioxidants, they can cause oxygen stress in the body and react with other molecules in the body, damaging DNA or mitochondria. By damaging the DNA, it can cause new cells to grow incorrectly which is why it leads to aging. By damaging mitochondria, the site of aerobic respiration which provides energy in the form of ATP for cell activity and major life processes, cell death can be promoted. In fact, mitochondrial dysfunction is a direct cause of some age-related pathology. The chain reaction may cause damaged cell membranes, so it can no longer regulate what enters and leaves the cell. The oxidative damage accumulates over time and is a direct cause of aging as well.

The theory predicts that delaying the age of reproduction should delay aging as it would increase the power of natural selection later in life (as explained above). Young flies were prevented from mating in an experiment, only allowing older ones to mate, and it confirmed the prediction. Aging in fruit flies was delayed to an extent, however, they were less fertile, and this would be explained due to the Hayflick Limit concept. All life forms are limited, and even gametes (sex cells), become less functional and efficient over time.

In another case, an experiment in roundworms given a specific gene mutation that extended their lifespan saw that these long-lived worms exhibited defects such as a reduced ability to enter a protective dauer stage, delayed development and impaired reproduction. Hence, while it is possible to delay the age of reproduction in an attempt to extend life expectancy, it would be inadvisable as there are many side effects (being unnatural) which reduce the quality of life. In fact, much of current medical research suggests that though we have benefited from a dramatic increase in life expectancy in the past century, the same cannot be said for the quality of life as with age comes an increased risk of disease, disability, dementia and advanced aging prior to death.

Bowhead whales can live over 200 years with almost no evidence of age-related disease. However, to clarify, though they live longer lives than humans, that is not to say they benefit from a better quality of life. Whilst being one of the largest living organisms in existence, it also has the largest longevity of all mammals. This is partly due to the fact that they live in chilly waters – the cold environment causes a low body temperature and so encourages a slower metabolism. As a result? There is less damage to tissues. Also owing to the fact that they experience few natural predators, they can evolve a life of slow growth and delayed reproduction – thus, enjoy a longer life.

Aging is not a programmed aspect of development. It is merely the deterioration of life and is simply a natural process.

The disposable soma is a theory proposed by Thomas Kirkwood which believes that organisms have to balance the demands of maintaining their body cells or soma and reproducing as if an organism must invest its resources into reproduction, it can spend less on repairing the accumulating mutations. This explains the ‘disparity’ of life expectancy. Thus, for mice which have many predators, they have a much shorter life span and invest more time into reproducing, but humans, which have little to no predators, can invest more energy into self-repair. This would help explain why different organisms have different life expectancy to an extent, but also allow us as humans to appreciate who we are, and how we have evolved.

Radford, B., 2020. Does The Human Body Really Replace Itself Every 7 Years?. [online] livescience.com. Available at: <https://www.livescience.com/33179-does-human-body-replace-cells-seven-years.html> [Accessed 2 April 2020].

Rukshaan Selvendira is a year 12 pupil with a passion for biology and the concept of life, how it arose, how it maintains itself, and how it will progress in the future. He is interested in writing articles, writing music and has an appreciation of music and dance.

One thought on “The Expiration Date on Life”