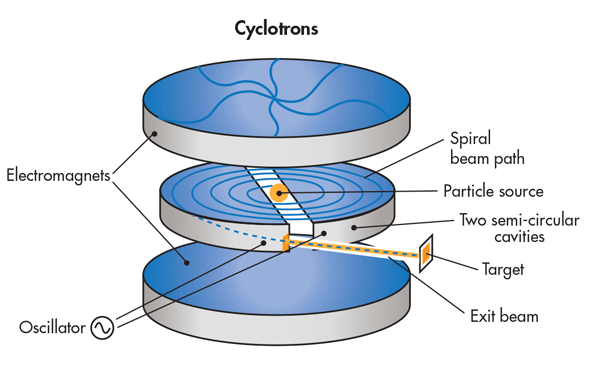 A force is something which tends to change the state of rest or state of motion, or size, shape, the direction of motion of a body, etc.. There are four fundamental forces: gravitational, electromagnetic, strong nuclear and weak nuclear forces. These forces are responsible for all possible interactions that can take place in this universe, from planets orbiting a star to protons and neutrons confined in the nucleus of an atom. In classical physics, the assumption was that an imaginary field exists, through which a force can be transmitted. But with the advent of quantum mechanics, this idea was changed radically. A field exists, but that is a quantum field. The field vibrates gently, and these vibrations give rise to particles and their corresponding antiparticle partners, i.e., particles with opposite charge. But these particles can exist for a limited amount of time. What gives rise to forces then? Particles called bosons. Bosons, named after Indian physicist Satyendra Nath Bose, are particles, the exchange of which give rise to forces. Bosons, along with the fermions (which make up matter), are referred to as elementary particles [1].

In quantum mechanics, energy can be temporarily ‘borrowed’ from a particle. But, as per Heisenberg’s uncertainty principle, the greater the amount of energy you ‘borrow’, the sooner you must return it [2].

According to modern physics, light can be treated as a stream of particles called photons. The exchange of photons gives rise to electromagnetic forces. Virtual photons can pop out of nowhere around an electron, by ‘borrowing’ some of the electron’s energy. If there is another electron near the virtual photon, it will absorb the photon. Thus, essentially, some energy and momentum are exchanged between the electrons, causing them to repel, since the second electron, on gaining energy, will move away from the first one. It is basically due to this reason that a photon is considered a boson, for in the above case, exchange of the photon gave rise to the force of repulsion between the two electrons. Thus, electrons, both being negatively-charged (like-charged), repel. A photon can also materialize into an electron and its antiparticle, positron. This process is called pair production[3]. Here, electromagnetic energy is converted into matter. When an electron and a positron collide, two gamma-ray photons are formed.

But the idea goes deeper than that.

A classical physicist would say that mass is an intrinsic and fundamental property, related to the amount of matter contained in a body. But in modern physics, mass is no more seen as a fundamental property. It is a consequence of a particle’s interaction with a Higgs field. The omnipresent Higgs field contains Higgs bosons (named after Peter Higgs), which are responsible for mass transfer. The Higgs boson is responsible for breaking the symmetry and generating the masses of the fermions[4].

As particles react with the Higgs bosons, mass is ‘transferred’ to them. Faster particles like photons (which is a boson) hardly interact with a Higgs field. But the concept of Higgs field alone can’t explain why ‘less-fundamental’ particles like protons have mass, for the sum of the masses of the constituent quarks (which are present in a proton) is unable to account for much of the proton’s actual mass. This extra mass can be accounted for by the fact that, when quarks (or the fermions which make up the proton) are confined in a tiny region, they contain much more energy. This energy is expressed as the extra mass. This is because, when the quarks are confined in a small region, the uncertainty in their position is less, consequently increasing the uncertainty in momentum.

Detection of the Higgs Boson

The Higgs boson is expected to be quite heavy, and its presence might be inferred if an elementary particle is found in numbers greater than expected when two particles collide at high velocities. This would indicate that the massive (i.e., mass-containing) Higgs boson has decayed into these particles. However, it cannot be conclusively assumed that such an excess of fundamental particles can occur only due to a Higgs boson decay[5].

Another interesting fact regarding the Higgs is that it can decay into quark-antiquark pairs. The antiquark is the antipartner of the quark, which means that it has the same properties of quark, but with an opposite charge. The Higgs-boson can decay to any quark along with its antiquark, except the top quark, since the top quark is heavier than the Higgs-boson. How strongly Higgs-bosons couple with a quark depends on the mass of the quark; the heavier the quark, the more the connection with Higgs. Of all the quarks other than the top quark, the bottom quark is the heaviest. Thus, the Higgs-boson couples to it most strongly, and decays to bottom-antibottom pairs more than any other quark-antiquark pair. The next heaviest quark is the charm quark, and Higgs decaying to charm-anticharm pairs have also been observed; the ratio between these two decays go exactly as expected from their masses. The other quarks are much lighter, so it is much more difficult to see Higgs-bosons decaying into them.

Huge machines called particle accelerators are employed to detect elementary particles like the Higgs boson. The cyclotron is the basic particle accelerator. In the cyclotron[6], a positively-charged particle is placed between two semicircular D-shaped plates, and there exists a transverse magnetic field. The plates are charged, and it is periodically reversed. The particle follows a circular motion inside the plate, and every time it comes to the gap in between the two plates, due to electrostatic force of attraction, its path’s radius increases, giving it a spiral path, and accelerating it. On reaching high velocities, it can be thrown at a target to disintegrate it for further investigations on its inner structure.

Figure 1: Cyclotron. Particles are made to move in a spiral path, in the presence of electromagnets, thus accelerating the motion of the particle.

The Large Hadron Collider (LHC)[7] is a huge particle accelerator built by the European Organization for Nuclear Research (CERN), present in Switzerland. The LHC accelerates two particles to near-light velocities and collides them. The particles ejected due to the collision are then studied. The Higgs boson was initially discovered as a new particle in 2012, based on collisions in the LHC, and the new particle was subsequently confirmed to match the expected properties of a Higgs boson over the following years.

The idea of the Higgs boson was proposed for a rather strange reason. It was seen that if fundamental particles are treated to be massless, the equations become symmetric and appealing. However, it was generally believed that fundamental particles build up massive objects, so they can’t be massless. Peter Higgs proposed the idea of assuming mass to be a consequence of the particles’ interaction with the surrounding field. This way, the equations could still be preserved. The idea seemed radical at first, and the scientific community took a very long time to accept the theory of the Higgs boson.

But how is the Higgs boson important? What are we to gain from further research on the subject? The answer is quite simple. The Higgs boson is one of the most important particles in the Standard Model. Further research on particle physics is bound to reveal further information on the fundamental nature of reality, and may even finally settle debates between string theorists, quantum gravity researchers and those who believe gravity to be an entropic force.

[5] Chelsea Gohd. “Here’s What Happens When a Higgs Boson Dies — and What It Means for Particle Physics”. 2018. https://www.space.com/41654-higgs-boson-decays-bottom-quarks.html

Arpan Dey, aged 15 years, is a high school student from India. He is interested in physical sciences and mathematics. He wishes to pursue quantum mechanics and/or nonlinear dynamics in the future. He is also an aviation enthusiast.