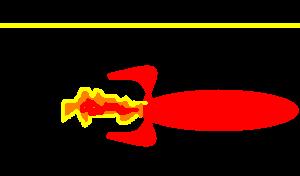 Physics tries to answer some of the most fundamental questions in the universe. What caused the Big Bang? Why is the observable universe so isotropic? Why is Earth able to nurture life? One important question that has mystified physicists for years is the idea of mass and more importantly its origins. The discovery of the Higgs boson goes some way to explaining this mystery.

The most basic explanation of what mass is may be that it is how heavy a physical body is, it is what physical bodies are made up of. Some may even go on to talk about how much matter an object contains. Moreover, you feel mass all around you. When you push on an object, the object has a resistive force which acts in the opposite direction to your push. Part of the resistance you feel is the mass of the object but where does it originate from?

The theorists: Robert Brout, François Englert and Peter Higgs tried to answer this question in 1964.

The LHC is a high energy particle accelerator, which spans 27km (16.5 miles) in circumference, that can recreate the extreme energies of the early universe. Particles such as protons are accelerated to nearly the speed of light in the LHC. The two proton beams travelling in opposite directions have a total energy of 8 TeV. The collision of the two proton beams with one another leaves behind a vast array of other smaller particles. Approximately 0.5 billion proton-proton collisions occur each second. The collision disturbs the space around the particles and this caused a fluctuation in the Higgs field. If done in the right way the fluctuation can be observed as a Higgs boson. Only about 200 out of every 800 trillion collisions produces the Higgs particle.
Detection of the Higgs boson in the 2 detectors present at the LHC is another daunting task due to its short mean lifetime of approximately 1.56×10−22 s. Like other heavy particles the Higgs decays into other particles almost immediately, long before it can be observed directly. The two detectors: ATLAS and CMS are arranged in an onion-like structure with various layers of different detectors capable of measuring different decay products. The collision occurs in the centre of the detector and the debris travels radially outwards. The standard model of particle physics can thus be used to predict its decay products and their individual probabilities. Physicists compare the decay paths observed after a particle collision to the decay paths they have simulated using computational methods. They also observe the rate at which the Higgs particle decays to other particles as a function of its mass. When they see a match it is a good sign that the particle that decayed must have come from the Higgs Boson.
By studying these decay products at CMS and ATLAS, we now know that the Higgs boson decays into W and Z bosons, 4 electrons and 2 photons. Experimental data also suggests that the Higgs decays into fermions but the probability of this is quite low.

As in much of science, this new discovery has led to a plethora of additional questions. Recent experiments at the LHC are trying to measure the likelihood of each decay mode of the Higgs. Physicists are also trying to calculate the spin of the Higgs by measuring the angular displacement of its decay products. Moreover questions such: ‘Is the Higgs a composite particle or is it made up of something else?’ are being posed.

The Higgs field is of immense significance and is the source by which elementary particles acquire mass. It was first theorised in the 1960’s and was confirmed in March 2013. The painstaking 50 year effort involved 5000 physicists and engineers worldwide. The idea of Higgs began as mathematical symbols in an equation on paper. Over 50 years the idea was refined and now mathematics has led the way in the confirmation of the existence of the Higgs boson.

The Higgs bridges the gap between the mathematical simplicity as theorised by physicists and the full complexity of the world we live in.