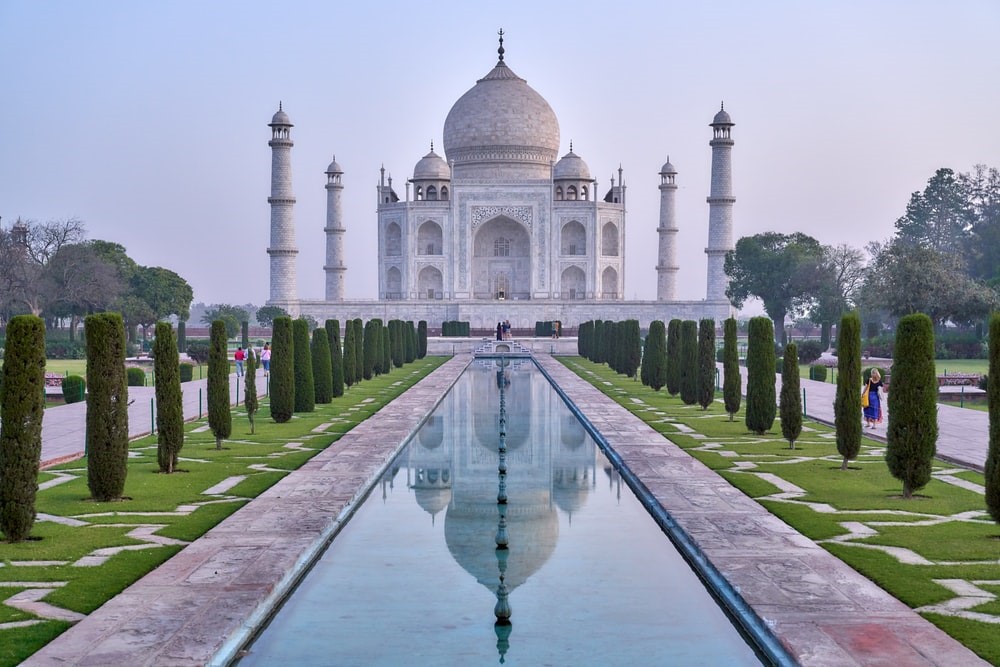 During Black History Month, which was celebrated in the UK in October, a number of YSJ team members took time out of their usual roles within the journal to write articles that celebrate the contributions of black and POC (person/people of colour) scientists. Here, Senior Maths Editor Sarvani Kolachana writes about the mathematics of ancient Indian architecture.

Constituting the lowest and highest regions of Abraham Maslow’s pyramidal hierarchy of happiness are physiological needs (food, water and shelter) and self-actualisations (such as artistic pursuits) respectively. Yet throughout human evolution, advancements in all areas of life have often manifested in integrations across various sectors of this structure. For example, at the intersection of design and the need for shelter arose the field of architecture, which even today is noteworthy for its interdisciplinarity, combining subjects such as science and the arts.

In the ancient architectural community, India is particularly distinctive due to the field of Vaastu Shastra, which literally translates to “the science of dwelling”. Temples and historical monuments rival both ancient and contemporary architecture in their unified use of mathematics and design principles that reflect the rich sociocultural and religious heritage of the era. The Taj Mahal, built by a grieving king in tribute to his deceased wife, evidences this in both the outward symmetry that tourists often marvel over, as well as the geometrical calculations that enabled it to stand upright even during earthquakes.

Similarly, various South Indian temples house intricate fractal forms, created out of the iteration of a single processes at various scales in a way that is suggestive of ornate detailing (Figure 1). This contributes to sense of beauty pervading these forms and is attached to Hindu spiritual notions which view “the universe as holonomic and self-similar in nature,”[1] like fractals themselves. For instance, the Kandariya Mahadev Temple, established in Madhya Pradesh around the 12th century, is celebrated for its “lofty curving tower…against which cluster miniature versions of itself to create a mountain-like profile”.[2] Not only does this “create a dramatic geometric massing that is unsurpassed in…Indian architecture,”[2] but it may also be considered an example of the harmonious coexistence of ancient Indian architecture with its environmental context. The same is true of temples such as Keshava Temple of Somnathpur, or the Yellamma Temple in Karnataka.

The numbers chosen in Hindu architecture are often aligned with religious philosophy. “The number three is crucial in the motifs,” depicted as “fairly sophisticated mathematical” designs surrounding the idol (of the goddess Tripurasundari) in the ancient Marundheeswarar Temple of Southern Chennai.[3] Similarly, ancient Indian scriptures advocate for “desirable characteristics for sites and buildings based on flow of energy…[which are often] attributed to cosmological considerations.”[3] These theories were implemented mathematically through the incorporation of astronomical distances (such as the circumference of the earth or length of a solar year) in the proportions of various structures. The application of these occurs in the Vastu Purusha Mandala, which outlines the ideal position of various rooms in the house to establish stable and congruous domestic relations.

Simultaneously, Islamic architecture has both metaphorically and quite literally carved out a space for itself in the history of Indian structures. Many designs associated with mosques reflect the belief that “the square and the circle…are the simplest, most perfect and stable geometric forms found in nature. These symbolize the perfection of ‘God & His Universe’ [sic].”[3] These principles are exemplified in monuments such as Charminar (meaning four pillars) in Hyderabad, or the Tomb of Salim Chishti near Agra, which are renowned for their architectural prowess.

Through their exploration of the coalescence of design and mathematics, ancient Indian architects were able to construct monuments, Hindu temples, and Muslim mosques, whose legacies have transcended national borders, and perhaps even time. The rich cultural narrative and diverse heritage of ancient Indians is perpetuated in every pillar, carving and gateway, immutable in a world that is caught up in constant motion.

Currently a 16 year-old high school senior in India, Sarvani is happiest when she’s working on interdisciplinary projects, interweaving art, mathematics and sciences together. When she’s not finding ways to quantify patterns using fractal dimensions or learning about the physics of architectural designs, she’s sketching or reading.