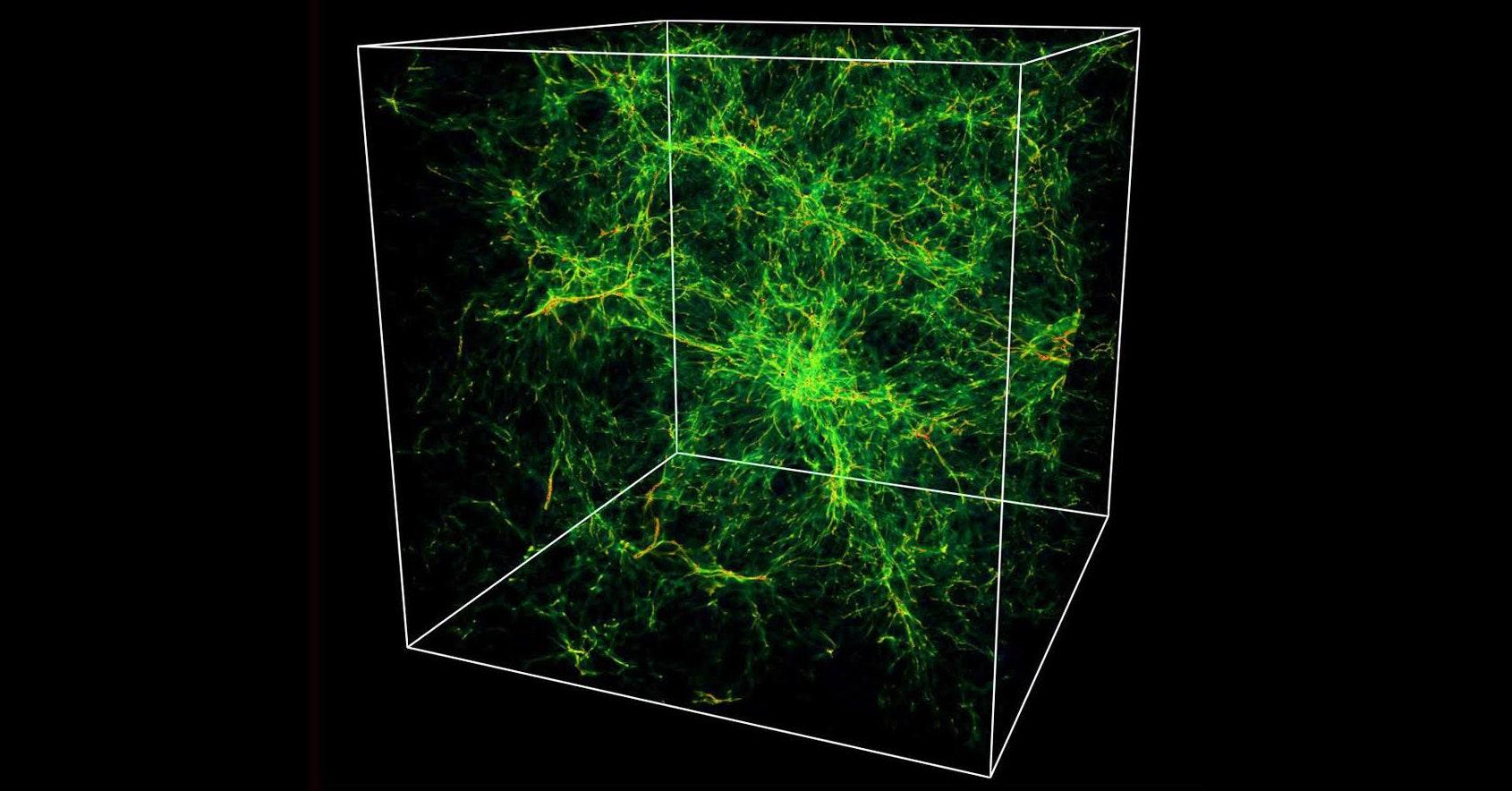 Every star, planet and galaxy you’ve seen accounts to just around 5% of the total matter and energy in the Universe. Just 5%. The other 95% is made of dark matter and dark energy, both of which are equally mysterious and intriguing. That 5% baryonic matter was supposed to be relatively easy to find, but observations showed that nearly half of the matter was missing! This is the missing baryon problem.

Baryonic matter is, quite simply, matter made of baryons. It is the kind of matter in galaxies, stars, nebulae, planets and all familiar objects in the cosmos.[1]

Studies on the Cosmic Microwave Background (CMB) showed that around 5% of the universe is made of the regular, baryonic matter. This was by looking at the minute temperature fluctuations in the CMB. Another method to find how many baryons there should have been is to calculate the ratio of deuterium(an isotope of hydrogen) to ‘normal’ hydrogen out there. In both ways, the results were clear. Nearly half of the universe’s baryonic matter is missing.[7]

So, where do we start our search?

One way of finding more of the missing matter would be by using quasars. A neutral hydrogen atom ‘jumps’ from its ground state to its first excited state when a light wave falls on it. That light wave is absorbed and that can be seen on its spectra. Quasars are extremely distant supermassive blackholes which also happen to be the most luminous objects in the Universe. Light from quasars is highly red shifted as they are so far away from us. When the spectra of a quasar is observed, we can see hydrogen that isn’t red shifted a lot which means that the hydrogen observed must be in between us and the quasar.( An object moving away from us, will have its spectral lines shifted towards the red end of the spectrum. This is known as red shifting).

Each time neutral hydrogen is between us and the quasar, it can be seen as an absorption spike in the quasar’s spectra. This assortment of these spikes is known as the Lyman Alpha forest. Using this method, a few more of the missing baryonic matter could be found, but not all.[3]

The WHIM, or the Warm Hot Intergalactic Medium is a region containing hot, diffuse plasma/ ionized gas(figure 1).The WHIM is supposed to be the place where the missing baryons are present as predicted by computer simulations.

Astronomers had to figure out a way to to look for WHIM. The WHIM is extremely hard to detect because of its dispersive arrangement of particles.The gas in the intergalactic medium is also ionised. Ionised gas does not absorb radiation due to the lack of electrons which makes it even harder to find .[5]

In 2007, the FRBs or the Fast Radio Bursts were discovered.FRBs are fast bursts of radio waves as the name suggests. Though they were a key part in solving the missing baryon problem, the origins of these bursts is not truly known. FRBs occur for only a few milliseconds ,from distant galaxies. As the FRB passes through the ionised gas, the different frequencies that make it up, travel at different speeds through it.[6]

These radio waves undergo something called dispersion. When these waves travel through material, they split up. Something like a prism. By seeing how much these radio waves have been slowed down or dispersed and how far the FRBs have travelled, astronomers were able to estimate how much matter is there between the FRB and us. The 2007 telescopes weren’t good enough to carry out the task. Later, in 2018, the ASKAP telescope began to look for FRBs.The Australian ASKAP telescope can detect FRBs with high accuracy. After around five such detections of FRBs, astronomers were able to estimate the amount of material the radio waves passed before reaching us. [2]

Finally, astronomers were able to solve this 20 year long mystery of the missing baryons.We know that the missing baryonic matter was hiding in the WHIM, but we don’t really know how it is arranged in there. Yet another mystery to solve…

[4]Starr, Michelle. n.d. “We Finally Know Where The Last of Our Universe’s Missing Baryonic Matter Has Been Hiding.” ScienceAlert. Accessed October 1, 2020. https://www.sciencealert.com/universe-missing-baryon-problem-matter-ionised-hydrogen-quasar-warm-hot-intergalactic-medium.

[5]“The Case of the “Missing Baryons.” n.d. Accessed September 29, 2020. https://archive.stsci.edu/hut/astro2/astro2_science/starburst.html.