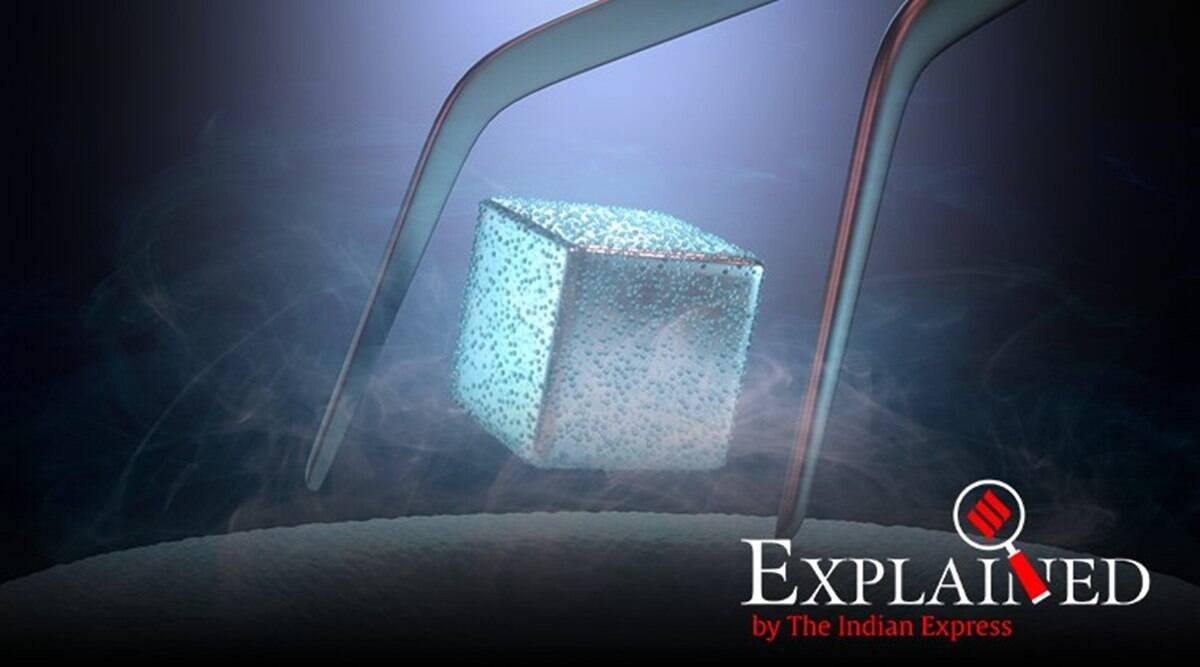 Previously, superconductivity had often been seen as something far-fetched and difficult to apply. However, modern issues over the past few decades in particular have highlighted the need and potential for technologies of this type. This article will provide detail on how superconductivity works, and how humanity can harness it for its benefit.

As the world becomes increasingly aware of the importance of energy conservation, it has become clear that negating heat loss is extremely beneficial economically. Heat loss can occur via the Joule effect when large currents flow (current passing through a resistance can generate heat); and when work is done by frictional forces. To both the aforementioned problems, superconductivity can be applied to either completely eradicate the issue or at least minimise the effect of it. Although there are costs associated with this, the ensuing benefits of using superconductors are undeniable.

First Property of Type I Superconductors

In general, all conductors resist the flow of current. This resistance is measured in ohms, and causes energy to be dissipated as heat The purpose of many materials is simply to transport currents, and if they have low resistance then only a very small portion of energy will be dissipated therefore making them very efficient.

From the name superconductivity alone, it is obvious that superconductors conduct electricity extremely well. They were first discovered in 1911, by Heike Kamerlingh Onnes [1]. He discovered that when cooling an object from 4.3K (-268.85 ℃) to 4.1K (-270.85 ℃), the material’s resistance fell from 0.1

. The resistance fell by a factor of over 30,000 when the material’s temperature only fell by only 4.6%. This highlighted that

(the rate of change of resistance with respect to time which is becoming more negative) was huge at this level of temperature, and it made sense for this relationship to be extrapolated further to make the concept of zero resistance possible. After more tests, data was gathered to support this; and certain substances that were cooled beyond a certain temperature had precisely zero resistance. There was absolutely no resistance whatsoever to the flow of charge through these materials. These included elements such as mercury and lead, and also compounds such as niobium-titanium and germanium-niobium. As

, assuming length and area are constant, resistivity must have reached zero. At this point, the thermal vibrations of the positive ions in the material are so small in amplitude, that the electrons do not collide with the positive ions. Usually, when current passes, electrons drift towards and collide relatively inelastically with the positive ions. This wastes energy, as the Kinetic Energy (KE) of the electrons is transformed to heat energy. But at zero resistivity there is no loss of KE, meaning that either electrons collide with the ions perfectly elastically or they do not collide at all. The elasticity of these collisions refers to the level of lost kinetic energy during the collision. I.e, a perfectly elastic collision means there is no loss of kinetic energy, and a perfectly inelastic collision involves all kinetic energy before the collision being transformed to other forms of energy.

This can be explained by Bardeen-Cooper-Schrieffer (BCS) theory which states the following: as current flows at such extremely low temperatures, electrons will attract the positive ions such that any possible motion of positive ions comes only from this attraction. Positive ions clump around the electron, creating a small region around the electron of strong positive charge. As this region is small, this area can be described as having high positive charge density. This is something which attracts a second electron, resulting in this electron moving to this region and pairing up with the first electron. They form what is known as a Cooper pair, and they travel through the material experiencing zero resistivity. There are millions of pairs of electrons who move in this manner per unit volume, and these electrons are called superconducting electrons. However, as both electrons are negatively charged, their bond as a cooper pair must be strong enough to withstand the repulsive forces between them. Therefore, if a small quantity of heat energy is added to the object, the positive ions will begin to vibrate more and the cooper pairs’ bonds break. The temperature at which this happens is known as the critical temperature.  If the temperature of the superconductor exceeds its critical temperature , then the superconductivity state is broken.

. This can be exhibited during electromagnetic induction. Bar magnets have magnetic fields around them, with the strength of it being described as the magnetic flux density. Magnetic flux represents the overall magnitude of magnetic field strength acting on an area per coil of the material and is equivalent to

is the magnetic flux density,

is the between the incident magnetic field and the vertical, and

is the area of the material.

is the number of coils, is the magnetic flux linkage of the object.

, so the superconductor’s expulsion of the magnetic field will continue, such that

. This is known as the Meissner effect.

Figure 1: Meissner Effect: The expulsion of all magnetic fields from the interior of the material.

is inversely proportional to temperature.

Figure 2: Meissner state diagram for Type I and Type II

Type II superconductors exhibit slightly different properties to those of type I superconductors. In the latter, there is a very specific critical field strength and critical temperature; and if

then the material instantly loses its superconductivity. However, for type II superconductors there is a gradual decrease in the number of superconducting electrons (

As the applied magnetic field rises, the material will gradually display a fall in its superconductivity, to the point where this property is completely lost (above what is known as the upper critical field strength). In the mixed state, there are some superconducting electrons, and some ‘normal’ electrons. These normal electrons are concentrated in regions called normal cores. In these areas, the applied magnetic field will be able to penetrate through it, such that the magnetic flux density here is immense.

is at a maximum whilst

is at zero. But at the centre of the normal cores, there are no superconducting electrons so the flux density here is simply the magnetic flux density of the applied magnetic field. The symbol

represents the coherence length, which is the distance from which

falls to zero. The symbol

represents the distance for the applied magnetic field to fall from

represents the force acting on the superconductor, and

represents the mass of the superconductor.

Quantum Levitation has been applied most notably to Maglev (Magnetically levitated) trains. These began to be created in 2004, in Shanghai, China. There are multiple types of Maglev trains, but the EDS version uses superconductivity (unlike others). EDS stands for electrodynamic suspension; it involves superconducting coils and permanent magnets. When the superconducting coils move past the permanent magnets in the guideway, currents are induced in the coils and the process of quantum levitation takes place. The coils become superconducting electromagnets. However, this magnetic field must be extremely strong to withstand the weight of the train. Since EMF (electromotive force, which essentially refers to the potential difference of the entire circuit)

is the time derivative of magnetic flux linkage (

), magnetic flux linkage must change extremely quickly for the induced EMF and induced current to be large enough.

represents the number of coils, and

represents the magnetic flux of each coil. Only at high speeds can a magnetic field be produced with the necessary strength to withstand the weight of the train. Until this speed is reached (during the acceleration phase), the train must use certain rubber wheels.

Figure 5: Maximum lift force can only be obtained at sufficiently high speeds.

For propulsion, the combination of magnets in the guide way and currents in the wire create forces which push the train along the track. The magnitude of the force is equal to the product of the magnetic field strength, the current and the length. Effectively, this functions as a linear motor, with the stator being the permanent magnets on the guideway and the rotor being the superconducting coils in the train.

There are both advantages and disadvantages to this mode of transport. As the train is levitated, there is no friction acting on the train; there are lower maintenance costs; absence of friction creates less noise; and derailing the train is much harder to do because of the nature of the guideway. However, switching or branching the train’s path is very difficult; the superconductors must remain cooled below extremely low temperatures throughout; and shielding of the huge magnetic fields created by the train is required to protect people. Without this, humans would feel a magnetic field of strength 0.04 Tesla [4] at seat level, which would be very uncomfortable for all passengers. The overall process, despite its speed, silence and non-susceptibility to derailment is undoubtedly expensive. This is one of the reasons why the only places EDS Maglev can be found are Japan, South Korea and China.

As mentioned, superconductors have zero resistivity. However, cables used in transmission lines have enough resistivity for a very expensive level of inefficiency. Currently, power must go through transformers when it is to be transported long distances. This reduces the current travelling through the wire but increases the voltage. By doing this, the Joule effect is minimised, and energy is conserved. However, there is still energy loss via the joule effect coupled with the fact that transformers can often be very expensive. It is estimated that as much as 6% [5] of energy is lost purely from the resistivity of the cables. In St Petersburg, Essen, and Long Island, underground superconducting transmission lines have been used to transfer generated power. The lengths of the cables are 600, 1000 and 2500m respectively. The main challenge is keeping superconducting cables cooled to a temperature below

. There are companies that provide an oil reclamation service to these transformers as a part of their maintenance to improve their performance.

As mentioned, the biggest issue faced by the attempts to use superconductivity is the temperature. When superconductors were first found, they had critical temperatures under 20K, making them extremely expensive. However, by 1987, ceramics were manufactured involving the element yttrium, and this had a critical temperature of 90K. And by 2005 a thallium doped mercuric cuprate was made which had superconducting properties at temperatures below 138K. One of the most impressive feats came in May 2019, when articles came out stating that small

Michael Desta is a 17 year old A level student from Leicester. He particularly enjoys Maths and Physics, and hopes to study engineering at university. Outside of his studies, he is also a keen football player.