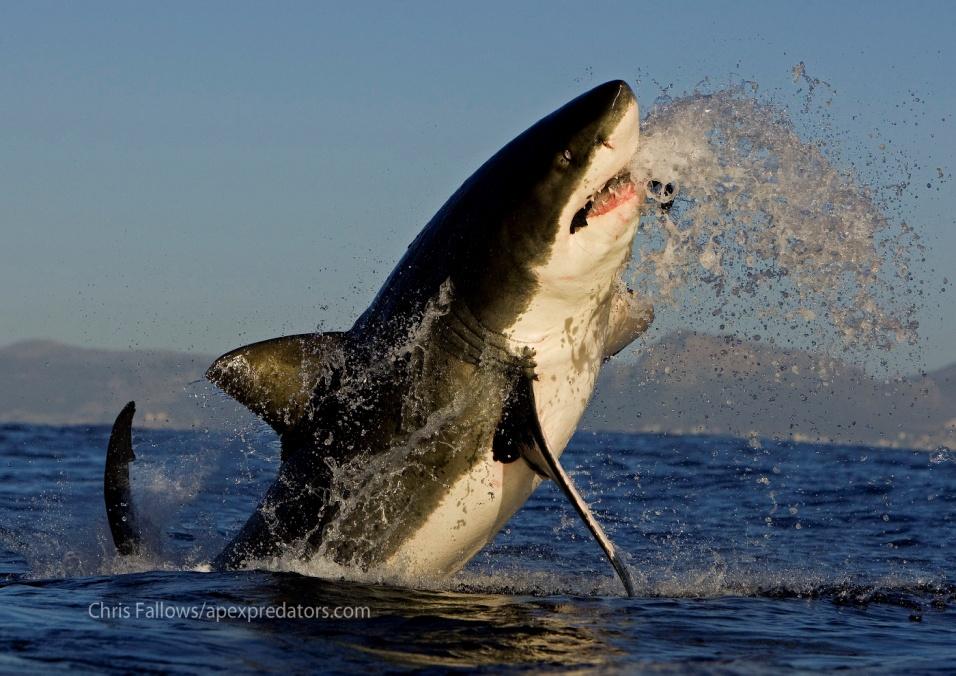 Eastern Australia is famous for its shark attacks but, since the turn of the millennium, the number of shark attacks is rising significantly in Western Australia. To identify possible reasons for this trend, we collected data about shark sightings/detections and analyzed data of all recorded shark attacks in Western Australia since 1900. The data show a significant correlation between shark attacks and the migration pattern of the humpback whales. We expected the maximum number of shark incidents to occur during the main bathing season: in the summer, when the highest number of people enter the ocean. In fact, most shark attacks (nearly 50%) happened in October and November (Australian spring), at the times when the humpback whales move southwards to their feeding grounds in Antarctica. White sharks seem to approach the coast to hunt whales, so an encounter with humans is much more likely at this time, when the sharks are hunting the migrating humpback whales.

Although they are rare incidents, when they occur, fatal shark attacks are big issues, being widely reported across the media. It may be due to this that sharks have a bad reputation for being dangerous and aggressive. For example, elephants (about 500 deaths per year) and hippos (about 100 deaths per year) kill many more people each year, but they enjoy a much better reputation[1].

This investigation aims to determine the reason(s) for the rising number of shark attacks in Western Australia.

The following data was used:

2. all shark attacks in Western Australia since 1900. Data of the GSAF (Global Shark Attack File) [2].

Using this data, we have compiled the corresponding statistics (see figures 2-5). We compared the number of shark attacks and whale migration patterns to try and identify any possible correlations.

3.1 Location of the shark attacks

One reason for the attacks being concentrated around Perth and Dunsborough (see Figure 2) is likely the density of population around Perth and the rising number of beach goers in these areas [2][3].

The behaviour of the white shark (Carcharodon carcharias) is most important to explain the increase of the shark attacks in Western Australia, because white sharks have been responsible for all fatal shark attacks since 1993 (with the exception of one incident in 2004 concerning an attack by a white shark and a bronze whaler shark simultaneously) [2].

The distribution of incidents with white sharks shows the maximum number of attacks occurring in October and November (nearly 50 % of all white-shark-attacks.) (see Figure 3). This is unexpected when considering the above hypothesis, because the West Australian bathing season is just beginning in November and, because of this, an encounter with a white shark should be much more likely in summer than in October and November. (The Australian Summer is beginning on the 21. of December, because Australia resides in the southern hemisphere). Therefore, other factors are involved.

Figure 3: Unprovoked attacks of the white shark per month since 1900 in Western Australia [10]: Most attacks happen in spring The graph shows the amount of shark attacks per month over all years since 1900

3.4 The migration pattern of the humpback whales

The humpback whales migrate southwards in October and November to Antarctica (figure 2) [5][6][7][8][9][10]. At the same time, the majority of attacks by white sharks on humans occur (figure 3). Therefore it can be supposed that especially in October and November white sharks are looking for young, old or ill humpback whales to hunt. Furthermore it is believed that sharks confuse humans with their actual prey, suggesting that most attacks on humans are mistakes [1].

From the data, it is likely that the repopulation of the humpback whales plays a major role in the increasing number of shark-attacks in Western Australia, though there may also be other factors involved.

Whales are one of the preferred prey animals for sharks due to their high percentage of fat tissue[13]. The mothers migrate at the end of the whale season with their calves, so it is likely that the white sharks are looking especially for them. White sharks especially target young seals because of their undeveloped swimming abilities [14]. Therefore, we hypothesize that white sharks in Western Australia may use the same strategy and target the young, new-born humpback whales. The migration of humpback whales along the coast in Spring gives sharks the opportunity to hunt the young whales when they are more exposed and easier to catch due to undeveloped swimming abilities.

It is very important to protect humans and sharks, because about 25% of shark species are threatened by extinction [18]. Understanding the pattern of shark attacks will allow methods to prevent them to be implemented more effectively. For example, from the data and predictions about future patterns of humpback whale migration, authorities in Western Australia and maybe also in other parts of the world can take measures to be more prepared for the expected correlating rise in shark attacks.

The Western Australian Government has already taken several measures to decrease the number of shark attacks, for example: ad hoc announcement of every shark sighting/detection, tagging of sharks by radio transmitters, daily aerial patrols to spot shark hazards [15]. At the moment these measures appear to work, because the number of shark attacks has decreased since their implementation [15]. However, the situation must be observed for a longer period of time to confirm this first impression.

Another effective method to reduce the shark attacks which can protect beach goers and does not harm the sharks is towing sighted sharks from the coast back out into the ocean, where they cannot harm swimmers. This was successfully implemented in Recife, Brazil. Due to this action the number of shark attacks showed a 97% decrease [16][17]. The big advantage is that both humans and sharks are protected, so other states and beach services should consider adopting this method.

Many thanks to Chris Fallows, who allowed us to publish the photograph of the great white shark (figure 1).

Kathi (Katharina) is a 14 year old student from  Germany. She is attending to the ninth form of grammar school. Her favourite subjects are science (environmental science), music and sports. In her free time she likes to dance, to read and to meet her friends.