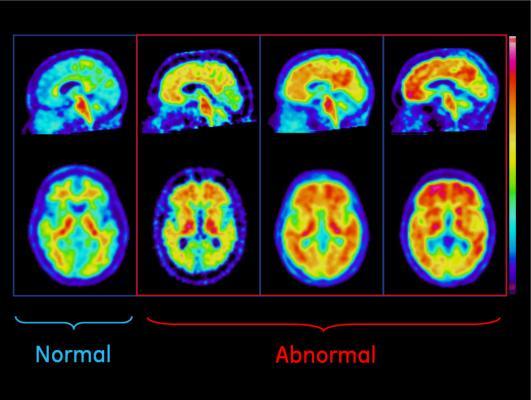 The Manhattan Project was a U.S. government-led project to develop an atomic bomb during World War II.[1] It will always be remembered for the resulting destruction and terror, and the direct political consequences (the arms race and the Cold War). Nonetheless, after the Manhattan Project, scientists managed to use the knowledge they had gained to further our understanding in other areas such as the peaceful use of nuclear power. New technologies and scientific ideas were generated as, even before the war ended, the scientists involved realized that their work could be used for peaceful development.[2] This article will look at this development in three main areas: medicine, biology and scientific methodology.

The Manhattan Project stimulated so much research into radioisotopes and radioactive elements, that scientists’ understanding of how to safely use atomic energy within medicine improved greatly.[3] In Life Atomic: Radioisotopes in Science and Medicine, Angela Creager, a Princeton University historian, discusses the advances in different fields brought about by the Manhattan Project. Researching her book, she read government documents that were never published, and papers written by scientists who had worked with both the military and civilians. She attributes the developments in medicine and other disciplines to the knowledge of isotopes which emerged from the project. Radioisotopes sold by the U.S. government to hospitals and laboratories were produced in the same nuclear reactors as those built to create material for the nuclear weapons during the war. Creager cites, for example, cancer treatments (especially those using cobalt-60) and diagnostic tests still used in medicine today.[2] Radioisotopes also allow medics to follow processes such as DNA replication and the transport and modification of amino acids.[3] This has enabled scientists to understand in greater depth the role of the rough endoplasmic reticulum and the Golgi apparatus.

Another field of study which progressed after the Manhattan project was biology. Advancements in radio tracing generated a clearer understanding of how the body takes up and uses different substances (especially iron), and how photosynthesis works. Researchers used algae to track the movement of the radioisotope Carbon-14 through different compounds during photosynthesis.[2] By 1958, all the chemical steps in what is now known as the Calvin-Benson cycle had been worked out using paper chromatography which allowed them to separate the compounds in the algae. This technique went on to be used widely, and Melvin Calvin received the Nobel Prize for Chemistry.[4] “Even by the late 1940s, it was already apparent this [radiotracing] could be used to crack open the photosynthetic pathway, which really hadn’t been understood before,” Creager said.[2]

G. Evelyn Hutchinson used isotope techniques developed during the Manhattan Project to investigate how the radioactive isotope Phosphorus-32 was taken up by algae in pond water. His findings illustrated how the phosphorus was transferred from the algae to zooplankton when they were eaten and then from the zooplankton to the bottom of the pond when they died. The research then showed that, due to changes in the temperature and winds, the phosphorus could be carried back to the surface of the water. This demonstrated that too much phosphorus in the water could lead to algae blooms and eutrophication.[4] These are central ideas now within ecology and form the basis of our understanding of the effects of climate change on the ecosystem.

Radioisotopes are also used in agriculture and food preservation: they can kill pests and parasites, stop root crops from sprouting after harvesting, and enable fruit and vegetables to be stored without ripening.[3]

Figure 2: Eutrophication of the Potomac River

The Manhattan Project brought together scientists from all over the world. There were three primary sites and facilities all over the US. Although the initial idea was to see whether an atomic bomb was possible, by 1942 the goal was to develop the bomb before Germany. The project recruited tens of thousands of scientists and civilians. Secretaries, administrative workers and custodial staff were needed to build and run the facilities. Theoretical and practical physics were required: Enrico Fermi was one of the physicists involved. (“Fermi was unusually talented at both the theory and practice of physics. That’s unusual, even now.”) [1] But the operation had to be kept a secret, so secret cities were built. These were constructed around the reactors for the workers and their families, but they did not appear on maps and most workers did not know what they were working on. “In a policy called compartmentalization, workers were given information on a need-to-know basis.”[1]

This was the first example of Big Science: scientific research on a large scale, often funded by governments, and involving the collaboration of thousands of participants and scientists. The Human Genome Project, NASA and the search for a COVID-19 vaccine are all examples of this type of science. During the Manhattan Project, physicists and chemists became greatly valued, and individual researchers, laboratory-based groups and countries came together.[5]

As well as the three areas discussed above, scientific research from the Manhattan Project led to the establishment of research institutes which allowed the scientists who had worked on the project to stay at the universities. The Argonne National Laboratory is a partner with one of these organisations (the Institute for Molecular Engineering) and today conducts ground-breaking research at a molecular level. The National Accelerator Laboratory, which was renamed the Fermilab after Enrico Fermi, has made many advances in particle physics.[6] The Manhattan Project has also generated much thought and discussion across the world and across academic disciplines as to the ethics of the making, deployment and consequences of such destructive weapons. In practical terms, the legacy idea of a big collaborative project which involves scientists and countries working together to create good out of misery is seen nowhere more clearly than in the search for a COVID-19 vaccine.

One thought on “The Scientific Legacy of the Manhattan Project”