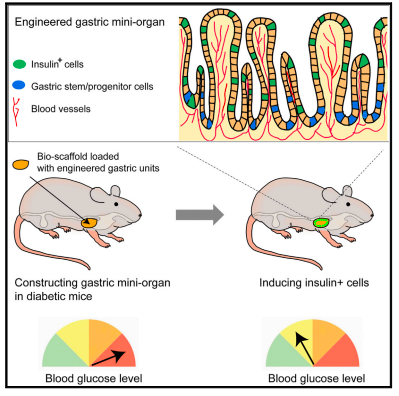 Organoid technology can arguably be considered a significant breakthrough in tissue engineering and stem cell research. An organoid is a three-dimensional culture of organ progenitor cells or stem cells (induced pluripotent, embryonic or adult stem cells) that can grow and self-organise in vitro, forming a near-realistic ‘organ in a dish’ [1]. The idea of organoids first appeared in 1987 when scientists began to shift from 2D to 3D culturing techniques on stem cells to allow for the development of more sophisticated organ-like structures. In 2008, Yoshiki Sasai, a pioneer in the field, showed that embryonic neural stem cells could self-organise into layers that can foster more differentiation and morphogenesis [2]. In 2013, the development of organoids for biological research began to become much more of a reality after Madeleine Lancaster and Juergen Knoblich outlined key steps to produce a more representative organoid of a cerebral cortex. They improved the growth environment used and placed the culture of induced pluripotent stem cells in an extracellular matrix provided by Matrigel, allowing the tissue to self-organise into specific spaces and differentiate into organoids [1,3]. Organoids and tissue engineering can be used today to model various genetic diseases and investigate the effectiveness of gene therapy.

Firstly, organoid technology can be combined with CRISPR-Cas9 and TALENs genome editing technology to model genetic diseases such as Autism Spectrum Disorder (ASD) [4] and psychiatric diseases such as schizophrenia [5]. This is particularly significant as mental health, psychology and developmental disorders are such fundamental yet under-researched fields of biology. For instance, CRISPR-Cas9 can introduce mutations that cause ASD in brain organoids, such as single-nucleotide variants in genes, copy number variants in genes or rare recessive mutations in genes such as CNTNAP2, SLC9A9, AMT, PEX7, CC2D1A, and BCKDK [4]. These could then potentially be used to conduct novel studies by investigating the impact of mutations in healthy tissue, resulting in the discovery of more specific neuronal and genetic defects causing ASD. An example of this is the discovery of DLX6-AS1 using organoids in 2017 [6]. Clearly, organoid technology can be useful for understanding genetic causes of diseases, especially when combined with novel genome editing technology.

Other interesting research currently being conducted by scientists Ariyachet and Zhou discusses reprogramming the gastrointestinal epithelium, a highly regenerative tissue, to produce insulin+ cells. Pancreatic β cell factors can be reprogrammed to convert antral cells into insulin+ cells, which can then assemble into organoids in vitro. These organoids can then be transplanted into the stomachs of diabetic mice, as illustrated in Figure 1, resulting in hyperglycaemia suppression. Further research is underway to determine whether transplantation into humans is possible via more research with organoids [7]. Evidently, stem cell research using organoids in

vitro has great possibility to be translated for use in vivo as patient-derived organ transplantation, potentially avoiding the prevalent medical problem of rejection as the patient’s own cells can be used. This may be similar to how genetic diseases can be overcome using tissue engineering and regenerative medicine.

Understanding gene therapy is very much a topic of interest within the field of biology and biomedicine, and certainly one in which there is much scope for conversation about the impact of organoid technology. Undoubtedly, there remain many key questions in biology about how we can effectively use our knowledge of genetics to determine treatments that produce the most successful patient outcomes, or even to manipulate genes to treat patients. Organoids are brilliant platforms to investigate these questions. For instance, the CRISPR-Cas9 system can be used to correct the Cystic Fibrosis Transmembrane Conductance Regulator (CFTR) gene in cultured intestinal stem cells of cystic fibrosis (CF) patients, resulting in the fully functional expression of the corrected allele in clonally expanded organoids. This is clearly impactful, especially as the transplantation of these organoids into damaged tissue of a mouse colon and liver was successful. This study suggests great promise for the development of gene therapy in human CF patients; however, research using organoids has to continue to determine successful, safe and more cost-efficient techniques for human transplantation [8].

Overall, organoids and tissue engineering are great tools for researching gene therapy and genetic diseases further, and have already contributed to some scientific research. There are many more contributions to be made using these tools in the future, making them, when used along with genome-editing technology, arguably crucial to genetic research.