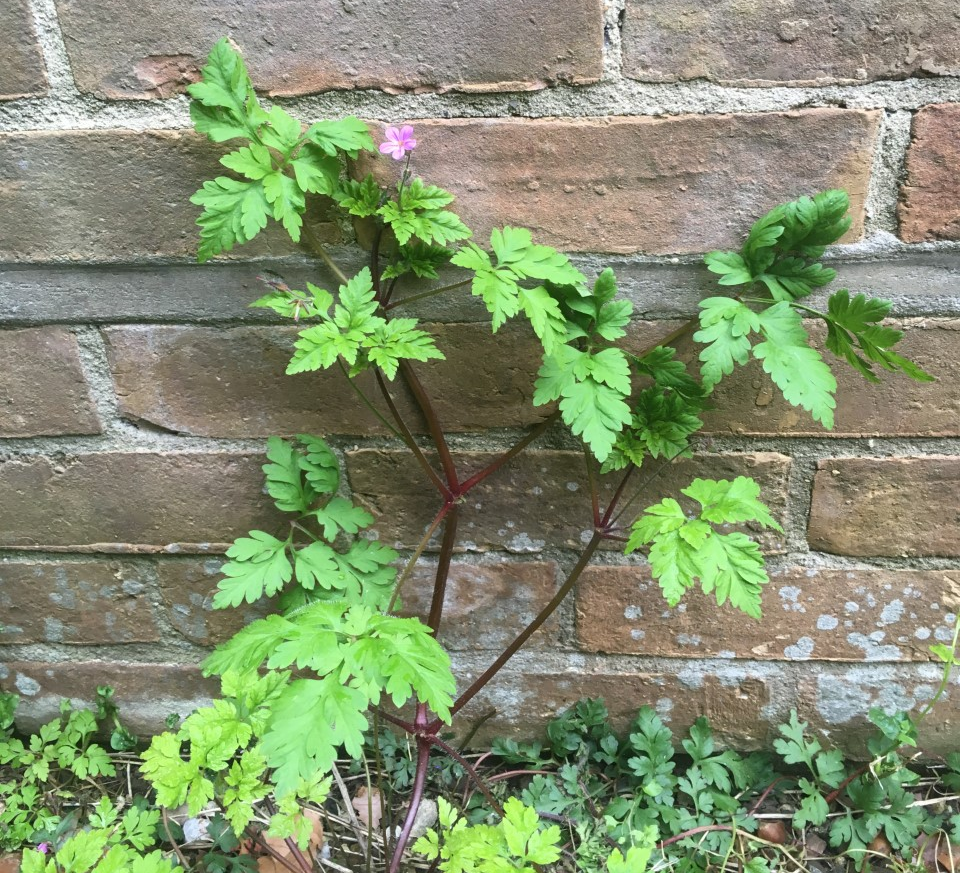 Antimicrobial resistance presents one of the greatest threats to world public health both now and into the future. With MRSA and extensively drug-resistant Salmonella typhi becoming increasingly common, it is becoming harder to combat with current antibiotics, and thus new alternatives are required. The aim of this investigation was to research natural biocide alternatives to combat resistant bacteria. Extracts of the Geranium and Pelargonium genera were used in solutions against gram-positive cocci bacteria with data being compared against a current medicated face wash to determine efficacy as well as tentative conclusions about active agents being drawn. The results showed antiseptic effects of the extracts against different gram-positive cocci bacteria and, when compared to a medicated face wash, the efficacy of the extracts provided evidence for their use as a viable alternative to current antiseptics.

Owing to increasing pressures on current antiseptics and antibiotics, due to the rise of resistance in current biocides, plants are being researched for new natural alternatives to which pathogens are not yet resistant.[1][2] Recently, more research has been conducted into possible combatants against gram-positive cocci bacteria, with resistance becoming a major problem in treating infections caused by the bacteria. Bacteria such as MRSA (Methicillin-resistant Staphylococcus aureus) and penicillin-resistant Streptococcus pneumoniae, which were previously easily treated with antibiotics and antiseptics, now provide a serious threat to patients, especially in hospitals.[3]

Antiseptics are primarily used in the treatment of open wounds to kill any bacteria that are already present on the skin or that have entered the wound from the air or surroundings.[6] Bacteria are able to develop resistance to antiseptics which is becoming an increasingly large problem.[7] Resistance is mainly caused by a random spontaneous genetic change in a bacterium leading to resistance to a biocide. When the biocide is applied, the non-resistant bacteria are destroyed, leading to a competition-free environment for the resistant bacteria to asexually reproduce. This leads to a colony of resistant bacteria, which in turn leads to the biocide becoming ineffective against the bacteria.

This new ineffectiveness of the biocide can cause complications in destroying the bacteria and is, therefore, becoming problematic in treating patients.  One major issue of antiseptic resistance is that it is not as well researched as antibiotics. Antibiotic resistance mechanisms of altered targets, production of detoxifying enzymes and decreased ability to absorb compounds, are not simply able to be applied to antiseptics.[8]

Recent studies have investigated the antiseptic and antioxidant properties of the Pelargonium genus and have generally concluded that there is a case for Pelargonium extracts being used on a wider scale for medicinal purposes.[9][10]  Studies have tested Pelargonium graveolens essential oils against Staphylococcus aureus and provided evidence for an antiseptic effect against the bacterium, as part of larger studies. Mahboubi et al. tested the efficacy of the essential oil on the healing of MRSA infected skin wounds in mice and found both antimicrobial and healing properties.[9] Ghannadi et al. tested the essential oil on a range of different bacteria, including gram-positive cocci, and found that all bacterial strains tested were susceptible against Pelargonium graveolens essential oil except Listeria monocytogenes.[10]  This supports the hypothesis that the Pelargonium and Geranium genera have an antiseptic effect against gram-positive cocci bacteria.

Clean cuttings were taken of the chosen plants, Geranium Robertianum and Pelargonium, and weighed. Using a ratio of 1g of plant cuttings to 40ml of solvent, the solvent, either ethanol or distilled water depending on which was being trialled, was measured and put into the blender with the clean cuttings. The solvent and plant cuttings were blended, using one second bursts, until all plant cuttings were thoroughly blended into the solvent. The blended mixture was filtered through a single layer muslin cloth and squeezed until the solid released no more liquid. The extract was transferred from the beaker into McCartney bottles and stored at 4oC until use. Pictures of the plants can be seen in Figure 2 and Figure 3 below.

Petri dishes were labelled with bacterium and sample used, and equidistant crosses were marked on the bottom of petri dishes pre-inoculation. Pre-made nutrient agar was heated until fully melted and the sterile nutrient agar was allowed to cool to 50oC. 5cm3 of the chosen bacteria from the broth culture was pipetted into the relevant labelled petri dish. 50oC nutrient agar was poured into the bacteria-pipetted petri dish to a depth of 0.5cm. When the agar had solidified, a sterile cork borer was used to bore 5 holes, located on the pre-marked points, into the agar, and the bored agar was removed. 3 cm3 of the chosen extracts were pipetted into the bored agar wells. Petri dishes were stored at 25oC in an incubator for one week. Incubated petri dishes were photographed, with clear zones being measured at a later date. Each plant solution was repeated on 3 agar plates, each consisting of 5 holes, and results averaged.

In general, it was found that tested extracts produced an antiseptic effect on the growth of the tested bacteria. All tested bacteria were gram-positive cocci. All data presented are averages of 3 petri dishes, each containing 5 wells of extract. Average radii of clear zone is measured from centre of bored hole to outer boundary of circular clear zone.

Figure 4 data was produced by averaging the 5 radii clear zone measurements from the extract wells.  It shows an antiseptic effect by all extracts, both by ethanol solvent and water solvent, on Staphylococcus albus.

Figure 5 was similarly produced by averaging the 5 radii clear zone measurements from the extract wells and shows an antiseptic effect of the extract on Staphylococcus faecalis.  Geranium robertianum conc. water solution refers to a partially evaporated solution of Geranium robertianum water solution, increasing the concentration of the extract in the solution. Figure 5 has a population standard deviation of 1.4 mm, using the 5 extract sample values as samples for the overall effect of all the extracts on the bacteria. A one tailed, one sample t-test was used to judge significance. t=12.56, df=4, and p is 0.000116, given that H0 =0. Therefore, the results show a significant antiseptic effect by the extracts on the bacteria at a 1% significance level.

For Figure 8, a different strip method was used due to the Clearasil solution being too thick to pour into the wells easily. The strip method involved filter paper being dipped into the solution and being placed onto the petri dish, which had been pre-inoculated as before. The Clearasil solution was diluted with water in order to change solution concentration. Figure 8 allows comparison of plant extract efficacy against a current antiseptic. It can be seen that as the concentration of the solution decreases, the antiseptic effect decreases.

Comparing Figure 8 to Figure 4 and Figure 5 results, the efficacy of the tested extracts can be seen to be around the 100% to 50% region of the medicated face wash. Although the tested bacteria are different, it is possible that the effects would be the same due to the same shape and gram, as it is likely they would absorb the biocide and react in a similar manner.[12] For future experimentation, it would be necessary to conduct more tests comparing the effects of the extracts versus the face wash on the same bacteria in order to provide a full comparison and to determine the viability of the extracts as an organic alternative.

Due to researching in a school laboratory, chemical analysis of the extracts was not available. However, chemical analysis of Pelargonium graveolens essential oil, which is of the same family as the tested species, was conducted in another study.[13] The results can be seen in Appendix A. As can be seen in Appendix A, the main chemical constituents in the extract were linalool, citronellol, nerol and geraniol. Linalool has to be shown to have antimicrobial properties against a range of bacteria including gram-positive cocci.[14][15] Citronellol is similar to linalool, and is evidenced to have a very strong effect against gram-positive cocci bacteria, specifically Staphylococcus aureus.[16][17] Nerol is a structural isomer of geraniol, forming trans and cis isomers respectively.[18][19] Both have exhibited antiseptic and antimicrobial properties in previous studies against a range of bacteria.[20][21] Therefore, these support the hypothesis that Geranium and Pelargonium genera may have an antiseptic effect on gram-positive bacteria as the likely chemical components have antiseptic effects when tested by themselves.

Assuming that the tested Geranium and Pelargonium extracts are similar in chemical composition to the chemical composition of the extract oil of Pelargonium graveolens, it is possible to make cautious conclusions about the active agents involved in the observed antiseptic effect. The antiseptic effect is observed in all extracts against all gram-positive cocci bacteria and at an efficacy level estimated to be similar to a current antiseptic product. The antiseptic effect is most likely due to a combined effect of several active agents, specifically the large percentage of alcoholic compounds, as reported in the discussion, especially citronellol, making up over 25% of the extract in concentration. In the wider picture of increasing antiseptic resistance, these results provide evidence that natural alternatives are a resource which must be further researched to fully determine efficacy and that, specifically, the Geranium and Pelargonium genera may hold answers to combating antimicrobial resistance.

Improvements for future experimentation involve the practicing of better aseptic technique to decrease contamination rate of petri dishes. The limitations of the results include not having a complete set of data. A complete set of data would include all extract samples being tested on all bacteria possible and would also include having controls of solely ethanol and water acting against the bacteria. This would allow better determination of the true effect of the extract samples against the bacteria compared to only the solvent and possibly confirm the variations in the strength of the effect of the different samples.

Overall, the experiment provides evidence supporting the antiseptic effect of the Pelargonium and Geranium genera against gram-positive bacteria and provided a possible natural alternative to current biocides. Although the number of trials is small, as a whole the data showed a wide ranging effect against a variety of gram-positive bacteria with a mix of Pelargonium and Geranium genera in different solvents, and shows promising results for future research into this area.

I would not have been able to carry out this project without the support and help from Dr. James Penny who provided mentoring, motivation and generally helped me in the practical element of the experiments when I needed a second pair of hands. The science technicians, and especially Miss Went, at Taunton School must also be thanked for their help in preparing materials and equipment at sometimes very short notice and for their patience when things went wrong and I needed their help in clearing up.

The following table is taken from “Antimicrobial Activity of Geranium Oil against Clinical Strains of Staphylococcus aureus”.[14]

Interested in antibiotic research, Alex chose to explore antiseptic resistance due to the smaller volume of work on the area. Taking further maths, physics and chemistry for A Level, the biological project provided an output for his curiosity in the subject.