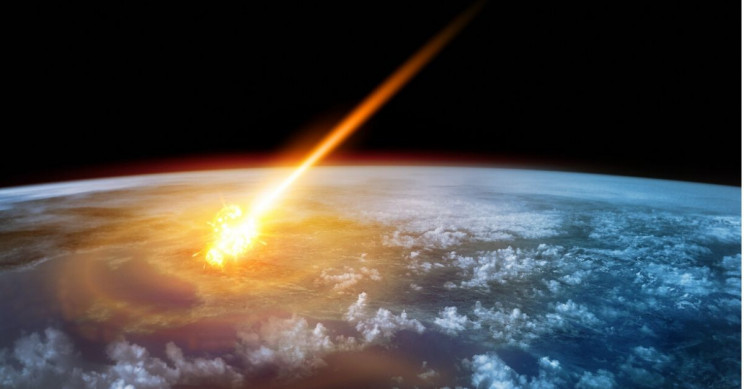 Planet Earth appears mostly blue from space and we have water to thank for that. 71% of the blue planet’s surface is covered with water and the oceans account for nearly 97% of it. The remaining 3% is fresh water which might not seem like a lot but corresponds to around 8 million liters of water for every single person on earth1. Okay, water is abundant on earth, but where did it come from?

How did water form in the universe?

Water consists of two atoms of hydrogen and one of oxygen covalently bonded together. Hydrogen formed early in the universe. The early stages of the universe were hot and dense. Within an extremely short period of time, fundamental particles called quarks began accumulating to form protons and neutrons. An estimated 3 minutes, after the big bang, took to form the first hydrogen nuclei, in the era of nucleosynthesis. However, it was not until 380,000 years later that electrons were captured by these nuclei to form the first hydrogen and helium atoms2.

Oxygen was formed later, inside stars. When stars reach the end of their lives, the fate of the star depends on how massive it is. Now we will be focusing on the death of stars with a mass much greater than the sun. These massive stars run of their primary fuel, hydrogen in their cores, and start fusing helium into heavier elements. A star in its heyday would fuse hydrogen into helium. In a dying star’s core, a new chain reaction starts. Helium fuses into carbon, carbon to oxygen, and other heavier elements up to iron. Gravity wins a battle raging for millions of years with the pressure given by nuclear reactions and the star starts to collapse on itself. The outer layers rebound and strew elements like carbon and oxygen into space3.

This is how the constituents of the water molecule are created.

The Earth was formed an estimated, 4.5 billion years ago. Planet formation involves lots of collisions, the Earth too encountered many of those in its early stages. The solar system contained the sun surrounded by a disk of ice-coated dust and gas The dust began to coalesce to form rocky boulders, the size of meteors, called planetesimals. Planetesimals, in turn, collide and form protoplanets(proto means first or foremost4). A protoplanet, when it has cleared its path around the sun, can be considered a planet. Planets weren’t left alone after they were formed. Asteroids and small planetesimals rained down on them. A collision with an object the size of mars later would make the earth even more hostile towards water. So, if there was any water on Earth, it would have evaporated5.

Where did the water come from?

The origin of water on Earth is a matter open for discussion. Still, there are plenty of ideas that may seem convincing.

A very widespread theory on how water came to earth involves asteroids and comets. One reason why scientists think water on earth was brought by asteroids is because of the ratio of deuterium to ‘normal hydrogen’(protium). Deuterium is an isotope of hydrogen with a proton and electron, like protium, along with one neutron. It is also called heavy hydrogen and when it bonds with oxygen, the compound is called heavy water. It was found that the ratio of heavy hydrogen to normal hydrogen in the oceans is similar to that of water found in asteroids6. Specifically, carbonaceous chondrite meteorites. This is not true for comets. Comets have been found to contain more deuterium, almost twice, than on earth. This rules out comets as a probable source of water.

Water from the solar nebula

Figure 2- An artist’s depiction of the solar nebula

Now that some of the probable sources of Earth’s water are known, it is time to talk about the largest body of water on earth, the oceans. The early hydrosphere(hydro meaning water and sphere meaning space in Latin), of the earth might have formed due to the condensation of the early atmosphere. Water in the upper atmosphere would split into its components, H and O due to the sun’s light. The reaction of oxygen with substances on the surface would lead to an increase in the vapour pressure of water vapour to increase to a point where it could condense into liquid water(vapour pressure is the pressure exerted by a vapour in conditions where the vapour can exist in two or all three physical states). Liquid water would have accumulated and formed the earth’s preliminary oceans.

Ocean water is salty, but from where did it get this salt? The atmosphere would have contained a substantial amount of CO2 ergo, the oceans did too, making them acidic. This acidic nature would have caused rocks to dissolve in the ocean, giving seawater its characteristic salty taste11.

From asteroids to the early solar system, there are numerous theories on the source of water. Until we get a certified source of water, we cannot help but marvel at how important a role this pristine liquid plays in the lives of billions of organisms. From tiny microbes to the biggest whale, water plays a direct role in each one’s life. Every water molecule has journeyed far, even from the very beginning of the universe, providing a feeling of humility and connection with the universe.

10. Atteberry, Jonathan, and O’Neill, Ian. “Where Does Water Come From?” HowStuffWorks, May 28, 2019. https://science.howstuffworks.com/environmental/earth/geophysics/water-come-from.htm.

Figure 1- Young, Chris. “What Is the Probability of a Huge World-Ending Asteroid Impact?” Accessed August 19, 2021. https://interestingengineering.com/what-is-the-probability-of-a-huge-civilization-ending-asteroid-impact.