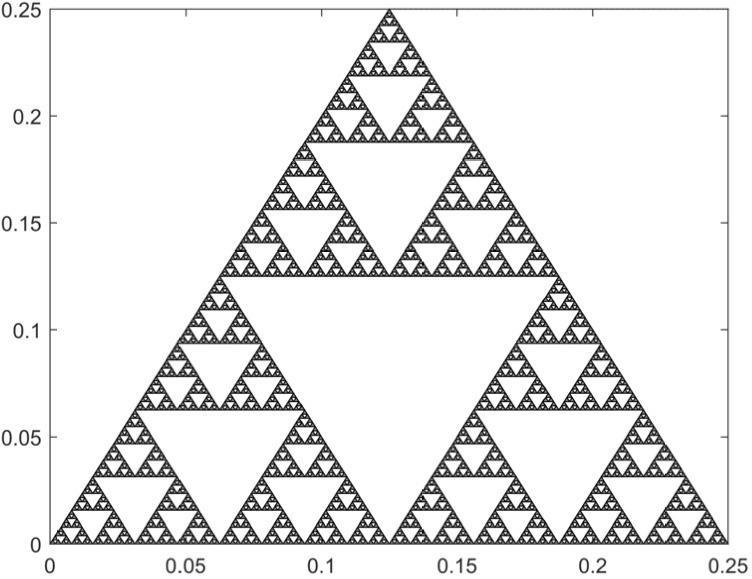 Since the popularization of fractals by the French polymath Benoit B. Mandelbrot in the mid 1970s, fractal research has played an increasingly important role in many fields of modern science. Fractals occur everywhere, from fractal patterns in art to pathological functions in mathematics. With the use of fractal dimension, a number that describes the complexity of a shape, many complex objects such as mountains or clouds can be characterized. Fractal research has been used for many things, ranging from digital image compression to the prediction of zones of aftershock after an earthquake has hit [1] [2]. A growing application of fractals is in the autonomous detecting of cancerous cells from a sample, which could be pivotal in reducing the number of lives lost to cancer. Most notably, in 2016, Chan and Tuszynski were able to achieve an average accuracy of 0.964 in using a computer system to detect whether a cell is cancerous or healthy from its fractal dimension [3]. We explore the possibility of using fractals to detect cancer earlier and automatically in order to save more lives.

Fractals are geometrical shapes that have an infinite level of detail, just like a picture that produces ever more detail as you zoom into it. As Pickover notes, “The detail continues on for many magnifications – like an endless nesting of Russian dolls within dolls”. Although it is hard to give an exact definition of a fractal without the use of advanced mathematics, there are several basic requirements for an object to be fractal These are:

Self-similarity refers to the shape in question being made out of smaller – perhaps rotated – parts of itself, as can be seen in Figure 1. Self-similarity creates infinitely detailed structures, as the fractal is repeatedly self-similar on an infinite number of scales. A repeated construction refers to the fractal being generated by a repeated rule; Figure 1 was generated by splitting a triangle into 4 equilateral triangles and then removing the middle triangle. When this rule is iterated infinitely, the fractal called the Sierpinski gasket is produced. In Figure 1, the rule was repeated 5 times, which is enough to visualize the Sierpinski gasket at print resolution. In mathematics, this simple rule is called a function and the repeating of it is called iteration.

To explain non-integer dimensions consider the following analogy. If a one-dimensional object is a straight line and a two-dimensional object is (for example) a square, then an object with a dimension between the first and second dimension is an object that is in-between these two shapes. For example, imagine a line that zigzags and curves so intricately that it partially fills the plane. This would have a non-integer (otherwise known as fractal) dimension of between 1 and 2, perhaps 1.543 to give an example.

It is worth noting however that, due to the natural limitation of our universe, there can be no infinitely self-similar physical fractals, only ever models that are accurate to a limited range of scales. This is because our size range is limited by the size of the smallest subatomic particles and, even though they may be extremely small, these objects are not infinite in detail.

The dimension of a fractal is a key number that describes the complexity and roughness of a physical or geometrical object, meaning it can be applied to real life objects and shapes in a 2D plane. While geometric fractals are made by iterating a function, physical fractals can be produced by various processes such as diffusion-limited aggregation (where particles move with random motion before attaching to a main structure, which is how coral grows) or tumour growth. There are different ways to find the fractal dimension but the simplest is by using the box counting method.

By taking a shape and superimposing grids with a decreasing grid box side length over the shape, the number of grid boxes that contain (or are superimposed over) the shape can be recorded. This is called the box-counting method. An example for the superposition of a grid onto a fractal is shown in Figure 2 with the Koch curve (or Koch Snowflake) and the values are shown in Table 1.

where ln denotes logarithm to the base e (the natural logarithm). The constant e is known as Euler’s number and is approximately equal to 2.718. A logarithm is a function where, if we choose a base and an input number, the output number is the exponent (or power) the base needs in order to become the input number. That is to say, if

Table 1: Approximate fractal dimension of the Koch curve from the box counting method.

Cancer is a disease that affects one in two British people during their lifetime [7]. Among the large number of scientists researching cancer, some have turned to fractals to aid diagnosis.

Healthy cells usually look smooth under a microscope whereas malignant tumour (cancer) cells usually have a rough and abnormal shape [8]. Figure 3 shows an example of the structure of cancerous and healthy cells. The shapes of these cells cannot be described by using Euclidean geometry, but a cell’s fractal dimension captures some of its characteristics in a single number. It is then possible to tell whether a cell is cancerous or not by comparing its fractal dimension with that of a healthy cell [9].

In 2000, in one of the first papers to look at the link between fractal dimension and cancer, Baish and Jain write that “Fractal analysis shows its greatest promise as an objective measure of seemingly random structures and as a tool for examining the mechanistic origins of pathological form” [11]. This paper mostly looked at the comparison between the fractal dimension of tumour vessels and blood vessels, such as arteries and veins, and it demonstrated the great potential that fractal dimension has for characterizing cancer cells.

Fifteen years later, in 2016, Chan and Tuszynski looked at automatically finding the fractal dimension of cells [3]. They used a large database of breast cancer histopathology images (microscopic images of a tissue for studying a disease, including both benign and malignant tumour cells, to test the accuracy of a computer prediction system at detecting whether a cell was cancerous or not. The system used a support vector machine algorithm, a basic form of machine learning, in order to find a cut-off fractional dimension for cancerous cells. The system was 0.979 accurate at classifying a cell at 40x magnification, which means that it formed the correct diagnosis about 98 times in 100. However, it was only 0.556 accurate at predicting what subtype of breast cancer the patient had (if any), which in reality is no better than a coin toss. It is interesting to note that magnifications above 40x yielded worse results, perhaps as a result of the natural limitations objects have in real life (they don’t have an infinite structure). This data shows great potential for the use of machines to classify benign and malignant tumour cells, particularly as, even when the size of the training set was reduced, there was an average accuracy of 0.964. However, this data does have some limitations: all of the images used were of a consistent standard (as they were all taken from an online database), which helped to produce reliable results but doesn’t give an accurate representation of the accuracy of results when different dyes and methods of obtaining images of the cells are used. Moreover, only breast cells were used in this research. Chan and Tuszynski concluded by stating, “At the very least, this could be used to assist in the diagnostic procedures and reduce the time burden on pathologists”.

Although oncologists are finding different ways of detecting cancer cells and classifying them, there are many benefits to implementing a fractal dimension-based system. By using machine learning and fractal dimension, the issue of human subjectivity is mostly eliminated (perhaps only being needed in less clear circumstances). This could lead to a standardisation in the classification of cancer cells and could help scientists to understand more about the way cancer grows. For example, Chan and Tuszynski speculate that there could be a “correlation between the fractal dimension of the pathology slide and a clinical outcome measure such as 5 year survival of the patient” [3]. Automatic machine prediction could also speed up the process of cancer detection and could mean that more areas of the body could be tested for cancer.

However, there are possible safety concerns and problems with using machine prediction. The machine could fail to correctly predict whether cancer cells are present in a patient, which could lead to the late detection of cancer or a false sense of safety in the patient. This could be resolved by requiring cross-examination of results with an oncologist, a doctor who treats cancer patients, but this could remove any speed benefits that a machine prediction could bring. Furthermore, so far only limited types of cancer cells have been tested with this technology and only in a retrospective analysis, not a blind experiment, meaning that it is unclear how successful this technology could be at detecting all cancer cells in a real environment. This method also requires the taking of biopsies of patients – which may not always be desirable since it involves the collection of cell samples using surgical tools and may lead to infections – and the digitization of each tissue sample, but in most cases biopsies would be taken regardless. If the same dye is not used in every biopsy to stain the cell the results could be unreliably recorded. In another paper by Tambasco, it was found that the higher values of fractal dimension were associated with lower tumour malignancy, which is the opposite of the results in Chan and Tuszynski’s study [3] [13]. The two studies used different dyes; in the latter the dye showed more extracellular detail, which may be why the fractal dimension results were different.

It is clear that much further research and testing needs to be done on this topic before it could begin to be trialed for implementation.

Since the surge in popularity of fractals in the 1970s, scientists have found new ways to describe and explain a whole manner of previously “pathological” problems and “mathematical monsters” [14]. It is clear that fractals will play an important role in future science because of their unique way of describing nature and its systems. Wheeler, an American theoretical physicist, stated that, “no one will be considered scientifically literate tomorrow who is not familiar with fractals” [16].

The threat of cancer has been an issue that has impacted most people, whether indirectly or directly. There are different ways of automatically detecting cancer, such as automatic segmentation of cell images to classify asymmetric abnormalities [16] [17]. However the use of fractal dimension to detect cancer cells is becoming more useful because it can give an estimate of the malignancy of a cancer cell. Fractal dimension might be most effective when working alongside other diagnosis techniques and systems, particularly ones based on machine learning or deep learning. Although there is still much research to be done, it seems that fractal dimension based cancer diagnosis systems could be pivotal in increasing the speed of cancer detection, ultimately saving many lives.

Thomas Higham is in year 13 studying at Bolton School Boys’ Division. He has a great passion for maths and particularly enjoys reading about all things fractal related. He hopes to have a career in maths and maybe find his own application for fractals in applied mathematics.