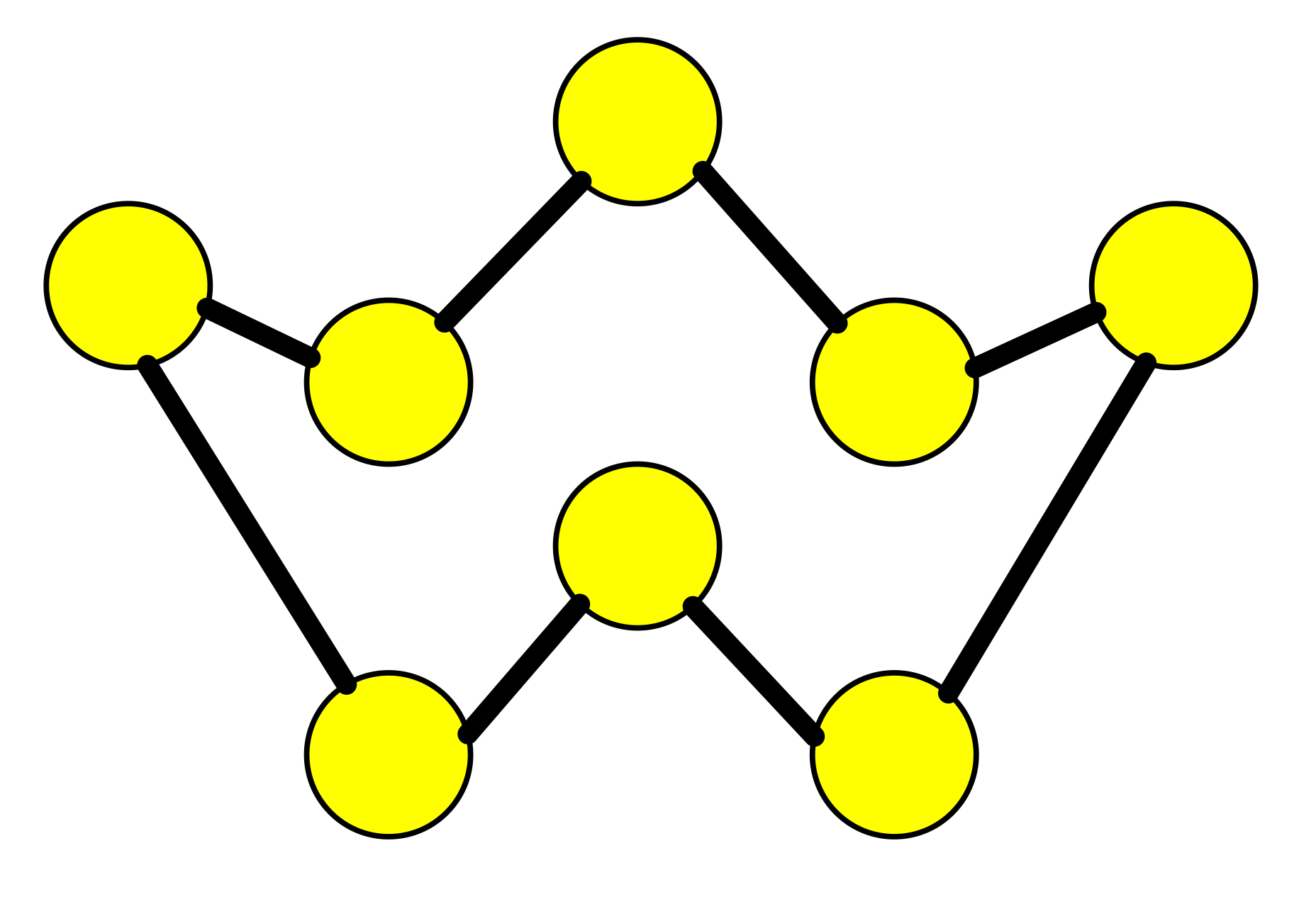 The periodic table is composed of 118 discovered elements. Each of them has unique properties differentiating it from the other. However, elements can be classified into different categories based on some specific criteria. One of the most common ways of classifying elements is as metals, nonmetals and metalloids.

Sulphur has a unique position in the periodic table just as the other elements. One of the most intriguing properties of sulphur is that at room temperature and normal pressure conditions (RTP), it exists as an elementary molecule made up of 8 atoms. The question is why, in normal conditions, can it not exist as a molecule consisting of 2,3 or even more than 8 atoms while oxygen, having the same valency as sulphur, exists predominantly as a di-atomic elementary molecule.

It is important to note that sulphur has a variety of other structural forms in terms of the number or arrangement of atoms. These are less common and are found in more severe temperature and pressure conditions. However, the objective of this article is to identify the reason behind the existence of sulphur in the octa-atomic form at RTP.

Some elements are monatomic while others exist as molecules in their elemental forms such as hydrogen (H2), oxygen (O2, O3), chlorine (Cl2), nitrogen(N2), and sulphur (S8).

The most abundant form of sulphur (α-sulphur, which is thermodynamically stable) is the orthorhombic polymorph of S8, having a “crown” structure. Sulphur has over 30 allotropes including disulphur. Sulphur rings of 6, 7, 9–15, 18 and 20 atoms are known but are less stable. What determines the stability of S8?

“Atomic size represents the mean distance from the nucleus to the boundary of the surrounding cloud of electrons.” [1] It is also referred to as the atomic radius.

The atomic size trends observed in the periodic table have to do with three factors:

It can be observed that the atomic size, in general, decreases across the periods and increases down the groups of the periodic table.

However, in comparison to oxygen, which has the same valency[1] as sulphur, sulphur’s atomic size is relatively large. This results in it behaving differently than oxygen, since the atomic size, as we have learned, directly or indirectly influences various other properties of sulphur and its bond formation. For example, smaller atomic size means greater electronegativity. Therefore, sulphur’s electronegativity is greater than most elements of the periodic table.

Here’s an illustration of how atomic number and shielding determine the effective nuclear charge:

Figure 4: Effective nuclear charge across some elements in Period 3 of the Periodic Table

Hence, in general, as elements get bigger, the effective nuclear charge on the valence electrons decreases due to the shielding provided by the inner shell electrons. So the valence electrons can move around more freely. Sulphur’s convenient atomic size and presence of more(i.e 6) valence electrons allow the single-bonded sulphur atoms to catenate and polarise more easily as compared to many other elements. This statement is further explained in the discussions on polarisability and catenation in the article.

Bond Energy is a measure of the strength of a chemical bond which is determined by measuring the heat (or enthalpy) required to break a mole of molecules into their constituent individual atoms.[6]

Carbon has an electronegativity of 2.55 on the Pauling Scale while that of sulphur is 2.58.[4] Thus, their electronegativities are very close. But their atomic size and valency differ. Carbon is much smaller and has only 4 valence electrons. Both these factors of size and tetravalency enable carbon to exhibit the highest degree of catenation. Also, the C-C bond energy is of about 345kJ/mol[7](greater than sulphur, making C-C bonds stronger). This makes long chains of carbon very stable. Hence, sulphur chains are much smaller as compared to carbon, to maintain stability.

Considering normal temperature and pressure conditions, sulphur seems to be most stable in the form of ‘rhombic’ octasulphur, although other allotropes also exist in a relatively much smaller quantity. For example, at 95.3°C(368.45K), α-sulphur(rhombic octasulphur) converts to β-sulphur(monoclinic). [8]

At very high temperatures, the sulphur chains break to form smaller molecules like S2 which happens to be the predominant in that condition. So we can see that the environmental conditions highly influence the bond formation of elements.

Figure 5: Transition of sulphur from the rhombic form to the monocyclic form(source:thechemistrysite)

The intermolecular forces are relatively less between molecules that have covalently bonded atoms/elements especially when the molecules are made up of the same elements. The reason is that, in such a case, the molecule is not polarised and has an overall uniform distribution of electrons between the constituent atoms. However, at times, instantaneous or momentary dipoles are formed. This happens due to the formation of an electron-dense region in one molecule which induces dipoles in other molecules. These dipoles attract each other and the force between them is known as the London Dispersion Force. London Dispersion Forces are stronger in those molecules that are not compact, but longer chains of elements. This is an added factor in case of molecules like S8 which results in stronger bonds between them.

The Polarisability of a molecule can be defined as a measure of its ability to acquire an electrical dipole moment in response to an electrical field. [9]

Sulphur at room temperature, ‘catenates’ to form an octa-atomic molecule. But why?

Catenation is the self-linking ability of elements. More catenation means the formation of larger molecules which results in greater polarisability which in turn increases the probability of the formation of instantaneous dipoles. This increases the strength of the intermolecular forces, here the London Dispersion Forces between sulphur molecules. The stronger the exhibition of dispersion forces, the shorter the distance between two corresponding molecules. This means that the molecules are more strongly bonded to each other because more energy would be required to break the chemical bond[4] between them. A good analogy to explain why this happens would be the gravitational force between two point masses. The force increases as the distance between the two objects decreases and vice versa. The objects now experience more attraction towards each other.

The decrease in the bond length[5] between two atoms (here, the constituent atoms of a molecule) also acts as a secondary factor contributing to the reduction in the intermolecular space between molecules. Change in the kinetic energies of particles (atoms, ions, molecules) proportionally causes change in the amount of collisions between the particles and as a result, the amount of space between them changes. In essence, the distance between two molecules, their bond dissociation energy and their kinetic energies determine the state of the substance composed of such molecules.

As observed, in the environment, sulphur, because of its properties which were discussed, is predominantly found in the solid state, when most nonmetals and molecules bonded by London Dispersion Forces are in the gaseous state.

As stated in “New Element‐Carbon (p‐p)π Bonds” by Peter Jutzi,

“The double bond rule states that chemical elements with a principal quantum number[6] greater than 2 (e.g. Period 3 elements and lower) do not form multiple bonds (e.g. double bonds and triple bonds) with themselves or with other elements. The double bonds if they exist are weak due to weak pi bonds as a result of poor orbital overlap… An example is the rapid polymerization that occurs upon condensation of disulphur, the heavy analogue of O2.” [12]

Sulphur, as we know, is a Period 3 element. This rule, therefore, explains the stable nature of octasulphur instead of disulphur.

A covalent bond between two atoms is formed when there is an overlap between their orbitals and electron pairs are formed between them. The degree of overlap of involved orbitals is an important factor determining the strength of a covalent bond. Orbitals that overlap more, structure bonds that are stronger than those that have less orbital overlap.[13]

We have already discussed that the atomic size of sulphur is greater than oxygen and carbon atoms. Since the atomic radius is longer, the distance between two sulphur atoms is also more, which results in a very poor overlap of pi-orbitals.

The basic assumption of the VSEPR theory[7] is that each atom in a molecule tends to achieve a geometry that minimizes the repulsion between the valence electrons of that atom.[14] Sulphur atoms, as seen in Figure 7, contain two lone pairs. The arrangement of the eight atoms of sulphur in a crown structure minimises the interelectronic repulsions between the lone pairs, thus increasing the stability of the molecule.

Throughout the discussion, sulphur was described in comparison to two elements- oxygen and carbon. Since sulphur has the same valency as oxygen, it is assumed to have similar properties of bond formation. But this idea is far from reality. A lot of factors, many of which are yet unknown, play a significant role in the formation of molecules.

The S-S bond energy in S8 is about 226kJ/mol. It is mainly found in solid-state. The octasulfur size and crown structure ensures more polarisability and greater strength of dispersion forces. Hence, the molecule is more stable.

The conditions and properties discussed are the equilibrium factors for stable sulphur(as a substance) to be in a solid-state consisting of mainly S8 molecules at room temperature and normal pressure conditions.

Data is as quoted at http://www.webelements.com/ from these sources:

Figure 5: Transition of sulphur from the rhombic form to the monocyclic form 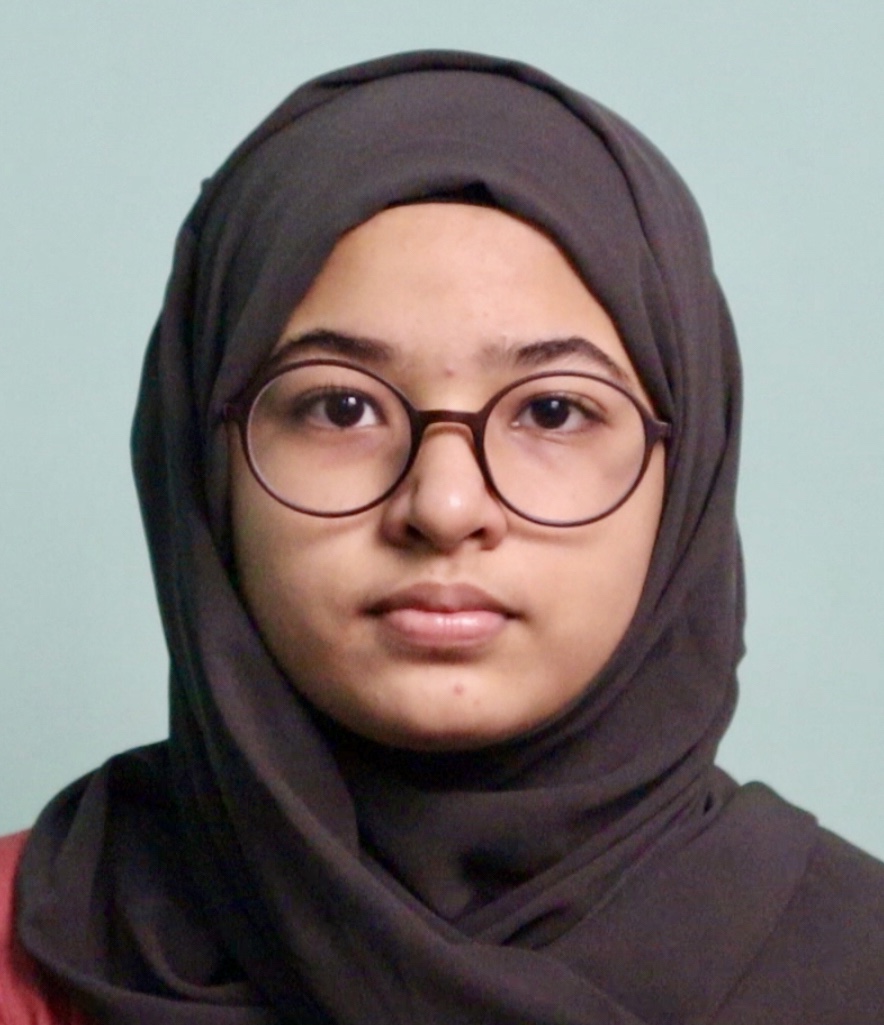 Amna Javed is a 10th Grade student studying in India. She has great interest in Science, Mathematics and Arts and wants to gain knowledge accompanied with wisdom, as much as possible, in her life. She enjoys writing poetry and painting on nature. She also spends her time doing research trying to understand whatever triggers her curiosity in the best possible way. She loves learning!