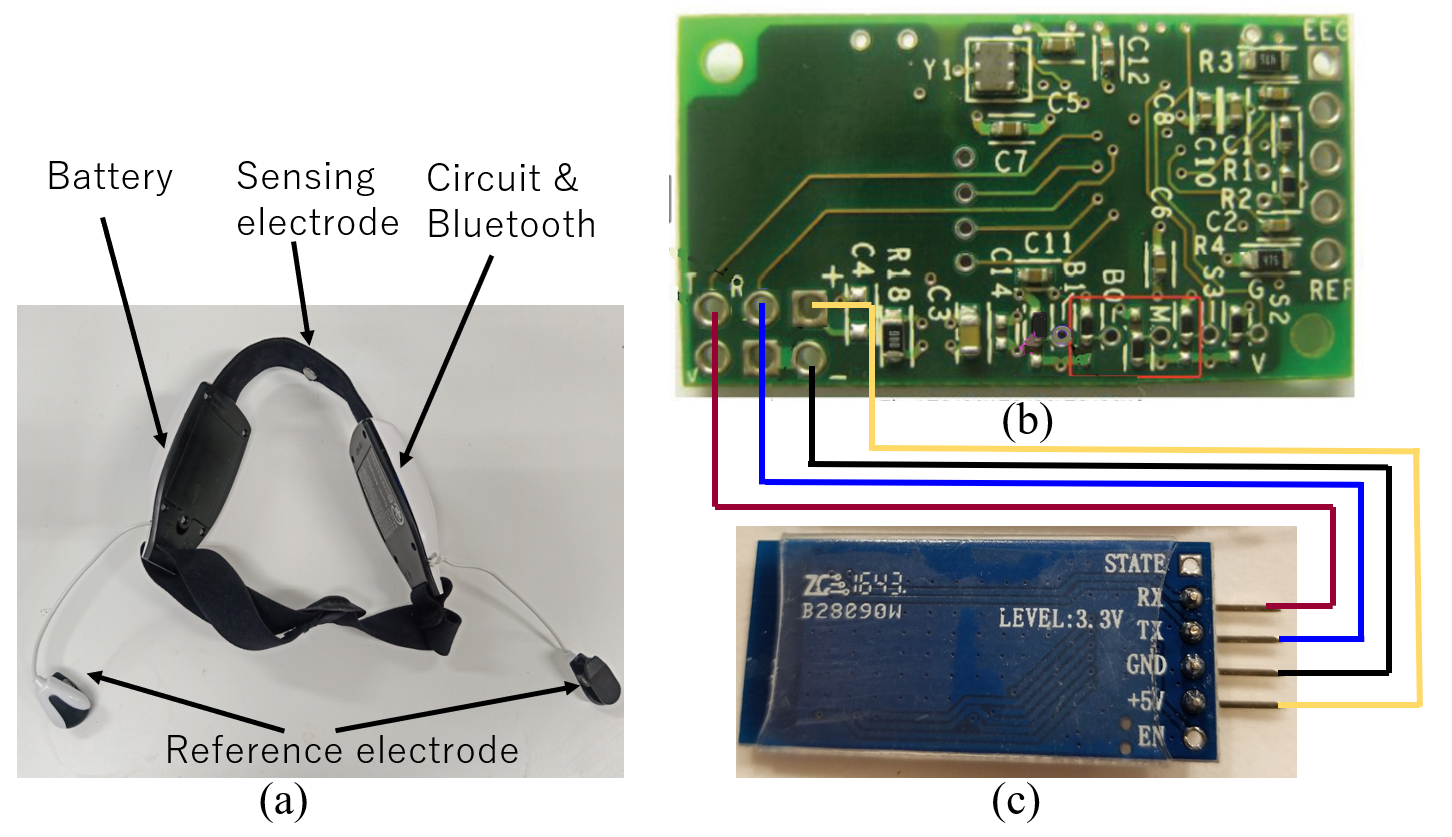 The electroencephalogram (EEG) is a recording of the electrical activity in the brain from the scalp. It is a noninvasive method to detect brain activities. Although similar studies had been carried out in animals as early as 1870, Hans Berger made the first EEG recordings in 1929[1]. EEG signals are also called brainwaves. Brainwaves have different frequencies for different brain activities. According to signal frequency, there are five brainwave patterns: Delta wave, Theta wave, Alpha wave, Beta wave, and Gamma wave[2,3]. Scientists have studied the relationship between brain activities and brainwaves[4,5]. In recent years, they’ve also discovered the significance of high frequency Gamma waves (over 70 Hz)[6]. Table I lists the frequencies, amplitudes and significances of different brainwaves.

Table I: Brainwave patterns and their frequencies, amplitudes and significances.

A Mindflex EEG headset was used to receive EEG signals. Mindflex is a toy that allows its user to control the height of a ball with mental concentration. The headset transmits ThinkGear Data Values, encoded within ThinkGear Packets, as a serial stream of bytes over Bluetooth via a standard Bluetooth Serial Port Profile (SPP)[7]. ThinkGear Data Values include the following: POOR_SIGNAL Quality, Esense Meters of Attention and Meditation, Raw Wave Value, ASIC_EEG_POWER.

POOR_SIGNAL Quality. It describes how poor the EEG signal is, ranging from 0 to 200. The higher the number, the more noise is detected. A value of 200 means that the electrodes are not touching the user’s skin.

The Header of a Packet consists of 3 bytes: two [SYNC] bytes (0xAA 0xAA) and a [PLENGTH] (Payload length) byte. The length of [PAYLOAD] is from 0 to 169 bytes. The byte of [CHECKSUM] was used to verify the integrity of the Packet. Therefore, the length of a valid Packet is from 4 bytes to 173 bytes.

Figure 1. (a). Mindflex headset. (b). Circuit board in the headset. (c). Bluetooth module of HC-06 to send the data and the connection method with the circuit board.

The steps brainwave data takes to transfer over Bluetooth are as follows.

Step 3: Set up communication between the computer and the Bluetooth HC-06 module[9].

Step 4: Switch Mindflex from 0x01 mode to 0x02 mode through Bluetooth. In the default 0x01 mode, the circuit transmits at a 9600 baud rate and sends processed data every second which includes the values of Meditation, Attention, and the values for the power spectrums of various brainwave patterns. To get raw EEG data, it is essential to switch the Mindflex headset to 0x02 mode by sending the hex string 0x00, 0xF8, 0x00, 0x00, 0x00, 0xE0 to the circuit board at a 57600 baud rate. Figure 2 shows the Labview program used to send the hex string.

Figure 2. Labview program to switch the Mindflex headset mode from 0x01 to 0x02.

Figure 3. Labview program to get the data transferred from Mindflex headset.

Figure 4. Interface of the Labview program for brainwave measurement.

Figure 5 is an illustration of the wireless brainwave measurement. The electrical potential between the forehead electrode and ear electrode was amplified and digitized, then the data was processed by Fast Fourier Transform (FFT) in the headset board to produce the power values of the eight brainwave types. The digitized raw data and other ThinkGear Data Values were transmitted via wireless connection over Bluetooth to the computer. The Labview program displayed, processed and saved the brainwave data.

The brainwaves of 11 persons (ages 10 – 50) were measured when they were gaming, reading and relaxing. Table II shows the average signal power values of the eight brainwave types for those 11 people. Results are plotted in Figure 8. Different activities produce varying levels of mid-gamma waves.

Table II: Average values the powers for each type of brainwaves

Figure 8. Average values the powers for each type of brainwaves.

This wireless brainwave sensing system was developed using an EEG headset, a Bluetooth HC-06 module and Labview graphical programming. Using the system, the brainwaves of 11 people were measured while they were relaxing, reading and gaming. From Table II and Figure 8, the value of the Mid-γ waves when playing games can be seen to be higher than when reading or relaxing. The reason for this is that the brain is more active when playing games. The low-α wave to high-β waves were higher in the game state, but no significant changes were observed in the high-α range; the levels of low frequency δ and θ waves were also higher during game play compared to when relaxing and reading. Based on these results, during games, some parts of the brain are active while some parts of the brain may be inactive. Gaming disorders are becoming a severe problem for young people. This research may help to solve the problem of game addiction. In the future, further research could be done using a multi-channel EEG measurement system to determine the active and inactive parts of the brain when playing games.

I am a high school student of Takezono High School in Ibaraki, Japan. I have keen interests in science, math and programming. I often make app using Javascript and other languages. My hobby is playing piano, listening to or making music and playing or making games.